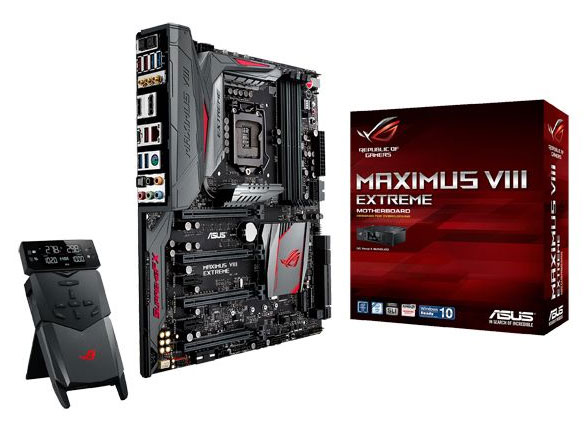 ASUS is one of the top motherboard manufactures with product lines ranging from the very basic consumer to the high end enthusiast gamer.  Their Republic of Gamer’s line builds in the best features that ASUS has to offer.  Today, we will be taking a look at their flagship motherboard the Maximus VIII Extreme.  It is designed to support the latest Intel Skylake processors, based on the Intel Z170 chipset.  Currently the ASUS Maximus VIII Extreme can be found online for $493.37 with free shipping.  Let’s take a quick look at what ASUS’s flagship motherboard has to offer before seeing how it performs. 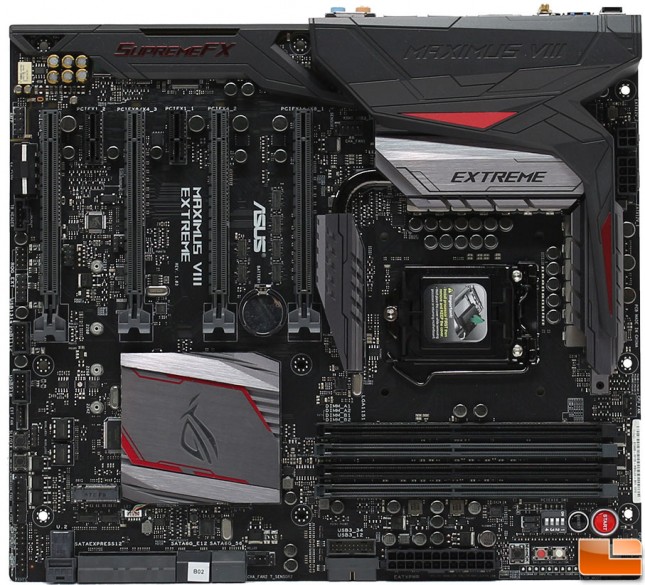 The ASUS Maximus VIII Extreme is one of the most feature packed motherboards I have seen.  Networking, you have the option of the latest Intel Gigabit ethernet connection, or a wireless 3×3 AC with Bluetooth 4 connection.  For storage, there are up to eight SATA 6Gb/s (for of which are shared with SATA Express), two SATA Express, a 32Gb/s M.2 and the latest U.2 connector.  Video options range from 2-way SLI or 4-way CrossFireX.  Then we get to USB support, there is a total of six USB 2.0 (all internal headers), eight USB 3.0 ports (four are from internal headers), and four USB 3.1 (which includes one Type-C) connectors. 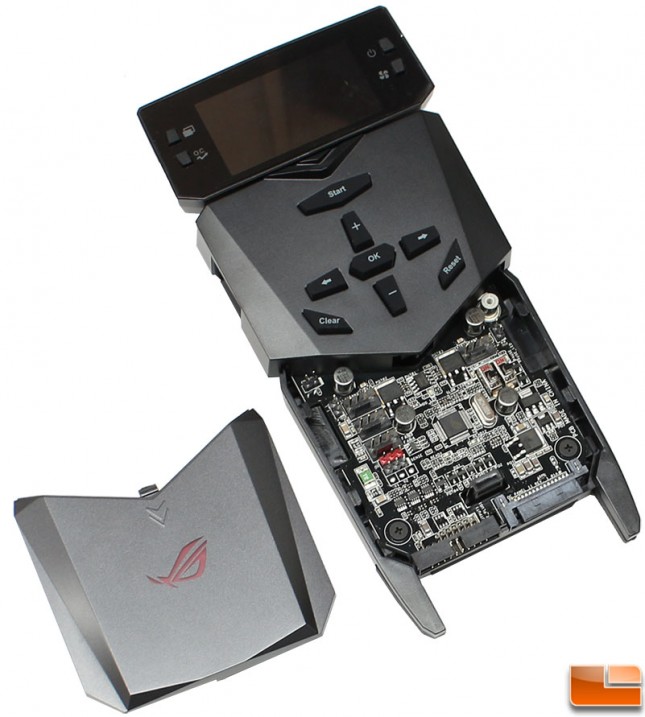 That’s before we even talk about the other features of the Maximus VIII Extreme!  ASUS has also included the OC Panel II with the Maximus VIII Extreme.  The OC Panel II, is exactly what it sounds like, designed to help overclockers by making things easier to access.  With the panel, you have access to making real-time adjustments to the motherboard, or you can use it as a system monitor keeping an eye on CPU Temperature, CPU Ratio, Clock Speed and Fan RPM..

After a brief look at the ASUS Maximus VIII Extreme packaging, we’ll take a closer look at the motherboard and get to installing it.