The hardware used to test the ASUS Maximus VIII Extreme has been used throughout all of the Intel Z170 motherboards I have tested.  We have been able to overclock the Intel i7-6700K to 4.9GHz, and the Kingston Fury DDR4 kit up to 3000MHz.  While those have been the highest overclocks we have been able to achieve without going through extreme overclocking steps, the average overclock for this configuration is 4.7GHz on the CPU and 2900MHz on the memory. 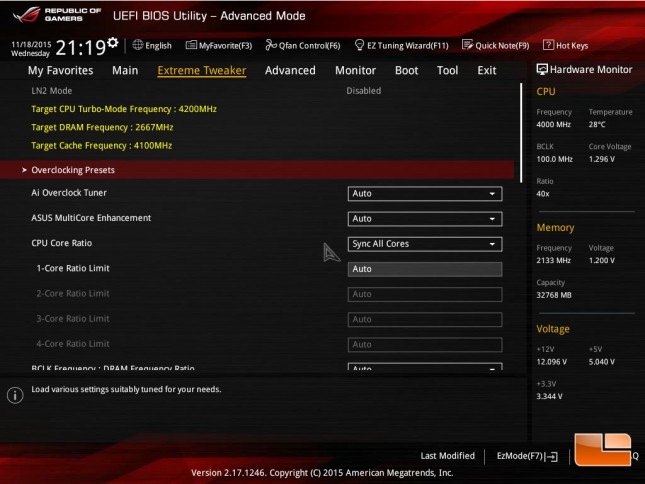 By default the ASUS Maximus VIII Extreme sets the CPU Ratio to “Sync All Cores”, this makes all of CPU cores have the same ratio.  You can adjust this to have the cores each of a different ratio if desired, however for our testing, we will have them all set to the same.  To adjust the ratio, the Core Ratio Limit will be adjusted from the default Auto setting to the desired setting.

Starting with a low overclock of 4.4GHz (Ratio set to 44), we will increase the Ratio by one until we are no longer able to get the system to successfully post.  At which time, the CPU Voltage will be increased to a maximum of 1.45V.  If we are able to successfully boot into Windows, we will run a few tests to verify stability.  If the system is unstable, we will lower the CPU Ratio by one until it is stable. 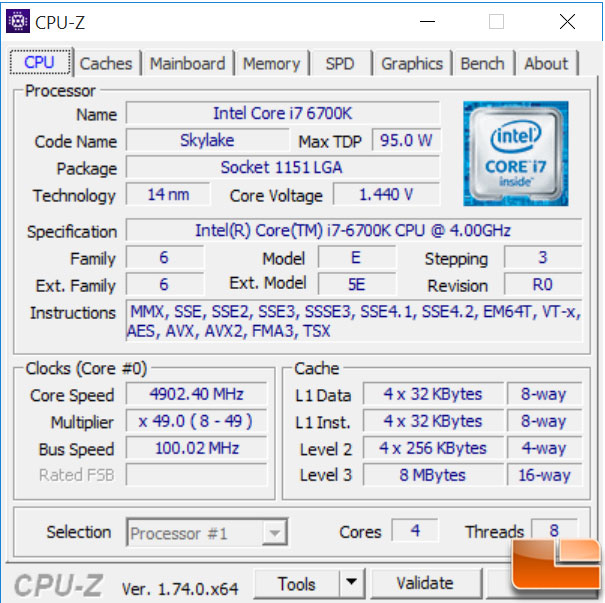 We were able to get the ASUS Maximus VIII Extreme to boot with a Ratio of 50 (5.0Ghz), however it was unstable.  Lowering the Ratio to 49 we were able to have a stable system with a 4.9GHz overclock at 1.44V.  With further fine tuning, I have no doubt we would be able to get a higher overclock.

We also wanted to see how the pre-configured Overclocking profiles were, so we selected the Gamer’s Profile. 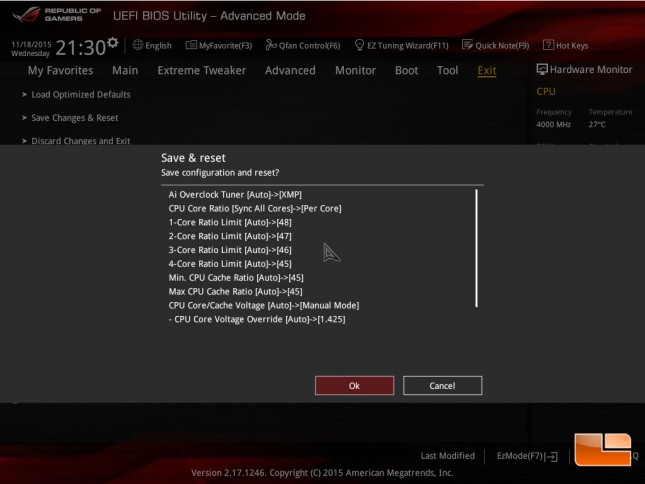 This profile took the CPU Ratio to 48, and stepped it down 1 per core.  In addition, it increased the voltage to 1.425V. 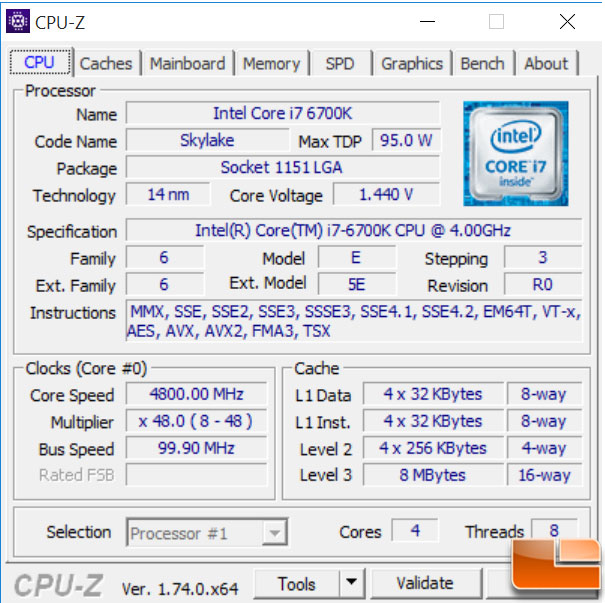 Within Windows the system was stable at 4.8GHz using the Gamers Overclocking Profile, we also noticed that while the profile stated a 1.425V for the CPU core, CPU-z was reporting 1.44V.  Which was the same voltage we needed to get 4.9GHz stable. 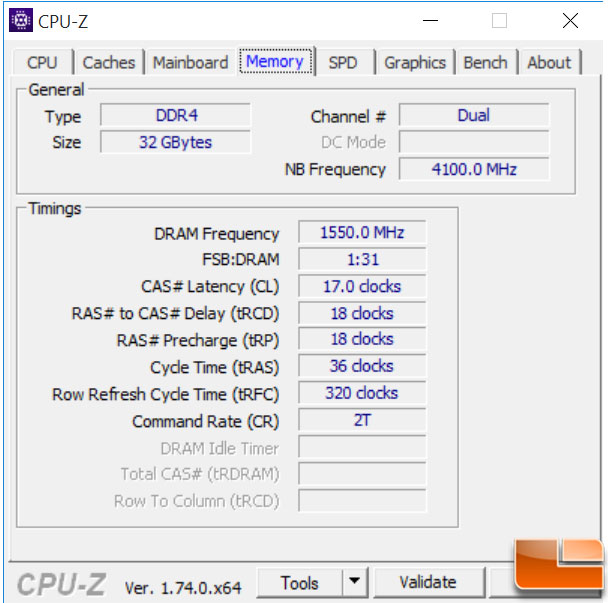 The Kingston Fury DDR4 memory kit ran at it’s rated XMP speeds right from the start, no tweaking was needed.  This same kit has been successfully overclocked to a maximum 3000MHz without increasing the voltage.  However, the average overclock of the memory kit has been 2900MHz, which isn’t too bad of an overclock.  The ASUS Maximus VIII Extreme was able to overclock the Kingston Fury memory beyond our expectations to 3100MHz, the timings were set to auto, so they changed a little.  We were able to get the system to boot at 3200MHz, however it was unstable and we quickly ran into a Blue Screen.

For those that want ASUS to look at their system and see what kind of overclocking should be possible, ASUS has included the EZ Tuning Wizard.  Within the Wizard you can auto overclock your system, or configure a RAID.  The CPU Overclocking goes through a couple of questions before doing some tuning.  These questions include how you use your system, and what type of cooling it has.  Then it provides an estimate on what type of performance change you can expect, this tool estimated a 15% performance increase.  If you apply the 15% to the 4.0GHz base clock speed you would get 4.6GHz or apply it to the “Turbo” speed of 4.2GHz and you would get 4.8GHz, which is pretty close to our maximum overclock.