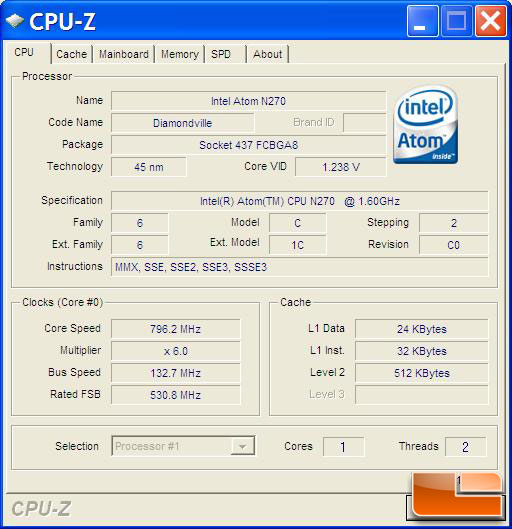 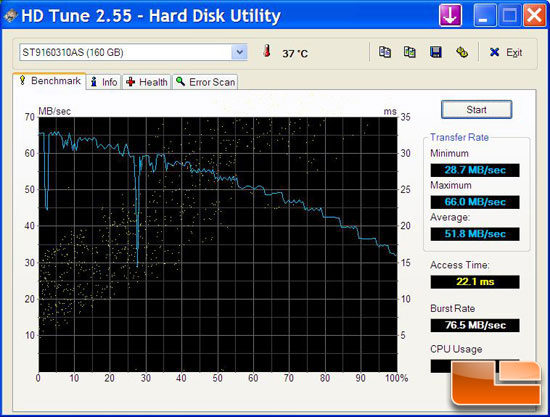 Results: There is really nothing special to see here. The drive performed pretty much how we expected it to. 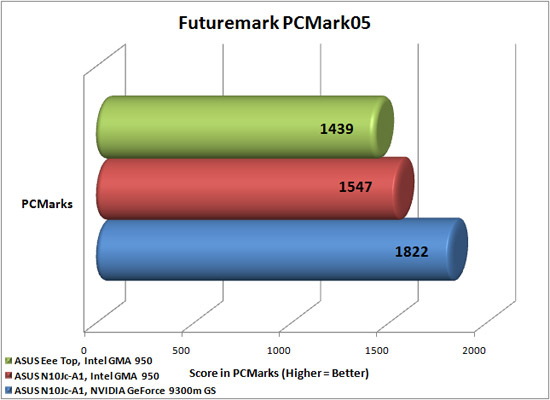 Results: The ASUS N10Jc-A1 netbook and the ASUS Eee Top each sport an Intel Atom N270 Processor, 1 GB DDR2 RAM, a 160 GB HDD and Intel GMA 950 graphics. They are virtually identical machines, however, for some reason the Eee Top falls slightly behind in PCMarks. 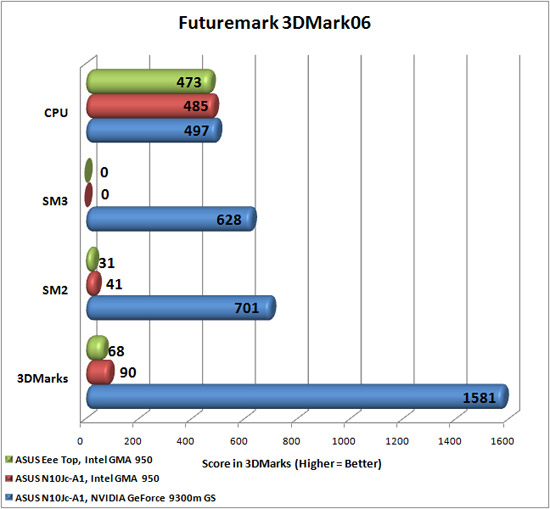 Results: The ASUS makes no claim that the Eee Top was built for gaming, and that’s a good thing. However, we are still slightly confused as to why the Eee Top falls behind the N10Jc-A1 here when they have the same graphics? 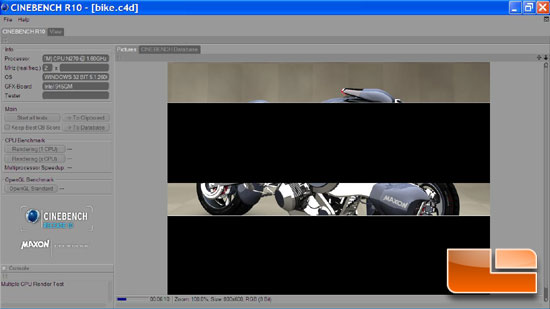 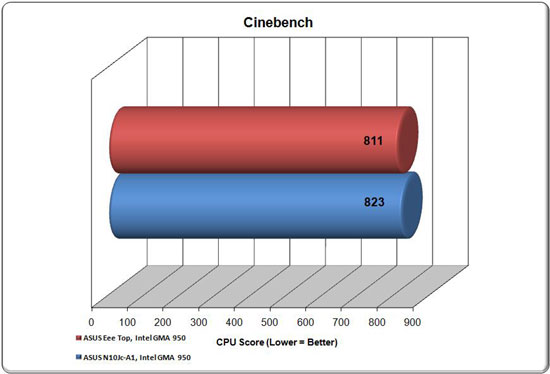 Results: Here, the ASUS Eee Top fares slightly better than the ASUS N10Jc-A1. With that said, it is still obvious that the Eee Top was built for specific purposes, and high performance was not one of them. 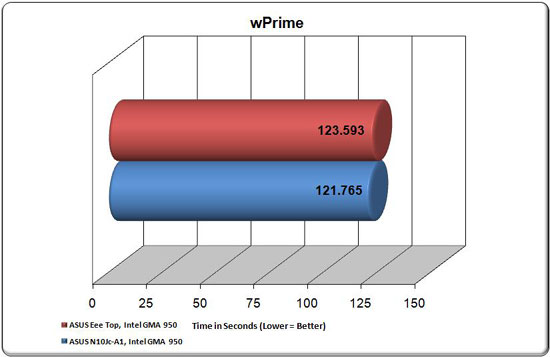 Results: Again, the ASUS Eee Top performs as well as we expected. There is nothing special here. 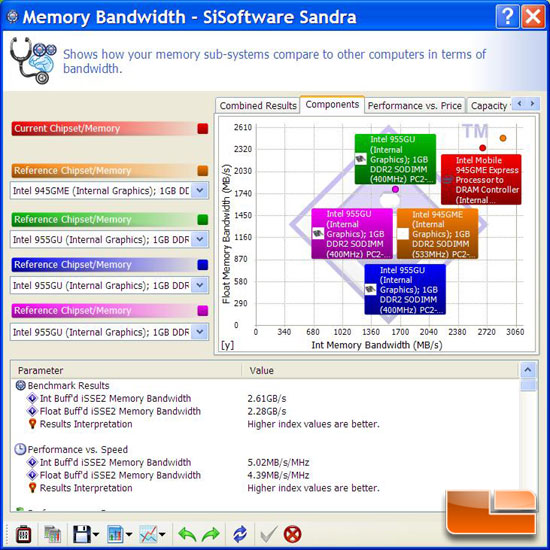 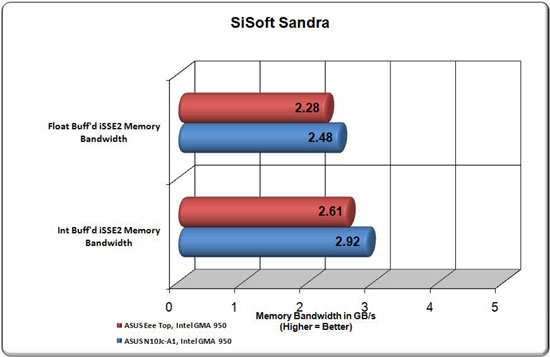 Results: The memory bandwidth of the ASUS Eee Top was slightly lower than that of the ASUS N10Jc-A1, but still comparable.