Ubuntu on the EEE PC and Conclusion

Now if anyone of our readers have seen me around the forums, you should by now realize that I’m a big proponent of Linux and the Open Source Movement on the whole, so it was an eventuality that I would install some form on Linux on the ASUS EEE PC.  There are many distributions that are dedicated to the best performance on the AUS EEE PC, but I settled on my tried and true Ubuntu Linux, but not your standard Ubuntu installation.  I settled on a third party variant called Ubuntu EEE. 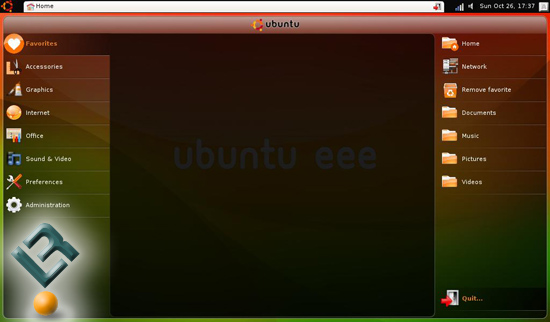 Ubuntu EEE was developed to support the EEE PC out of the box, and to offer all the features that come in the Windows Install and then some.  One of my main concerns with Windows XP on the ASUS EEE PC is that it looked so out of place.  None of the windows scaled to fit the 10″ screen, and there was no way of shrinking the fonts. Also XP seemed a bit slow on the EEE PC.  Ubuntu EEE had none of these issues, the UI was visually appealing and incredibly functional, and all the features that worked out of the box with Windows XP work out of the box with Ubuntu EEE.  Now you may be wondering how I was able to install Ubuntu EEE without a CD-Rom Drive.  It’s very simple actually; I downloaded a program called UNetbootin.   UNetbootin is a very simple program that takes in your Linux Distribution of choice, and creates a bootable media out of either an SD Card or a USB Thumb Drive. 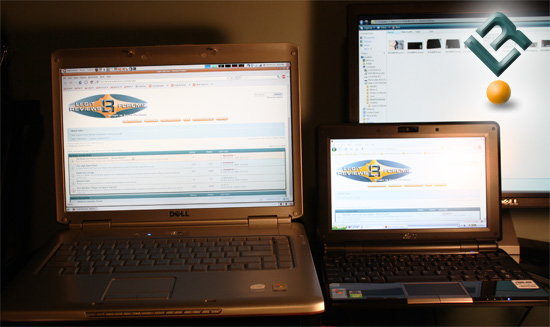 The ASUS EEE PC 1000HA is a very polished and well thought out product, and I give great kudos to the design team over at ASUS for developing such a wonderful machine.  There are few drawbacks with the machine, but there are some.  The track pad placement is too far down on the EEE PC compared to other notebooks, and it’s in a very awkward placement, even for someone with small hands like myself.  The mouse keys are very stiff and hard to press.  The scrolling under Windows XP induced by using two fingers is often slow and does not scroll very much with one full swipe.  This behavior is not exhibited under Ubuntu EEE.  Besides those issues it’s clear that ASUS has hit a homerun with this device.  It has packed a multitude of ports into a very small, light and quiet package.  ASUS has not skimped on the device in any sense, and has packed the EEE PC with a high quality LED BackLight Screen and a 1.3MP Camera.

Legit Bottom Line:  The ASUS EEE 1000HA is a very capable netbook.  If you are looking for something with all the features and abilities of a notebook in a small and easy to use package, then this is the netbook for you.