Features of the EEE PC 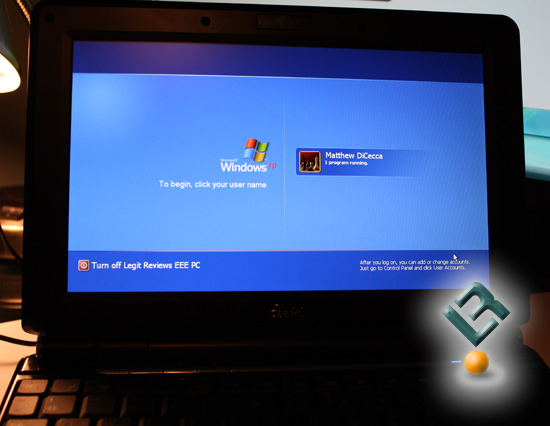 Here we have the ASUS EEE PC 1000HA running Windows XP, which is the stock option for this particular netbook.  I would have liked to have seen a slimmer distribution, but I can see this was a business decision by ASUS.  By loading these netbooks with Windows, they are grabbing a larger market share.  If ASUS had decided to go only the Linux route, they would be losing customers who were “afraid” of using an unfamiliar operating system. 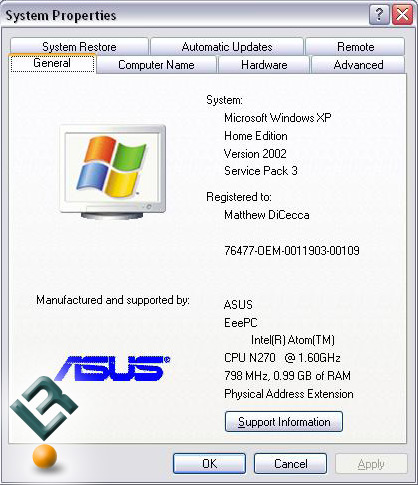 Here we have our fully up-to-date netbook, complete with Service Pack 3.  It is interesting to note that the Windows XP installation was not tweaked in any way whatsoever; it was just a normal Windows XP Installation.  Here we can also see our specs, complete with 1.60GHZ Atom Chip with Hyperthreading and 1GB of RAM.  This chip is no slouch, and is more than adequate for surfing the web, writing email, or other basic computing tasks. 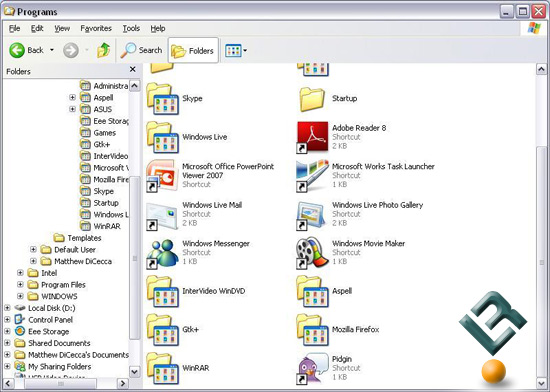 Here is a shot of some of the stock applications that ASUS installs in its netbook.  One note here is that Pidgin or any other Instant Messaging programs are not installed by default.  Also not installed by default is WinRAR.  ASUS does include by default Adode Reader, Windows Live Suite, InterVideo WinDVD, Skype, and its own Software like Instant Key, ASUS Update, and EEE Storage.  It’s odd to see InterVideo WinDVD installed, as it implies that ASUS expects its consumers to use an external DVD Player to view DVDs. If ASUS intends its users to use this software to watch other videos, why wouldn’t Windows Media Player be enough? 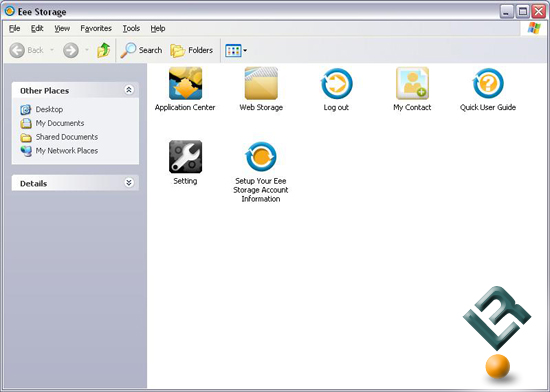 Here we have a look at the EEE Storage Program, which is basically ASUS’ online storage system, that gives the user an extra 20GB of encrypted storage in addition to the 160GB HDD offered on this model, with 5GB of downloads allowed per day.  ASUS also includes an Application Download Center, were the user can download some popular games and other programs. 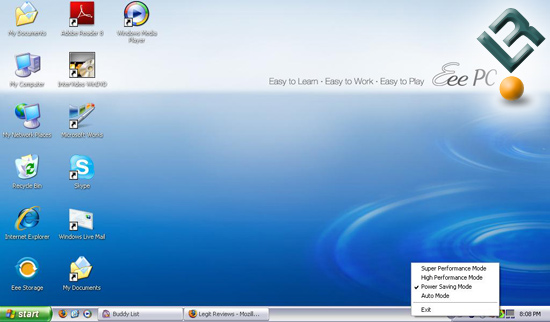 Here in the lower right corner we have a shot of the ASUS Hybrid Engine program which controls the power savings and CPU speed on the fly.  Users can select from one of four settings which set the CPU three distinct speeds and the Auto Mode and clocks the CPU speed up or down, depending on computational speed needs.  The Hybrid Engine not only controls CPU speed but LCD Backlight as well.

Here is ASUS Instant Key Utility which controls what programs are launched with its two integrated Hot Keys located below the Screen on the Left.  Users can choose from any program installed on their system to be launched instantly. 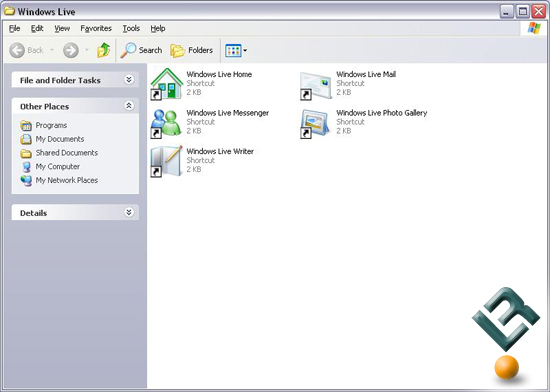 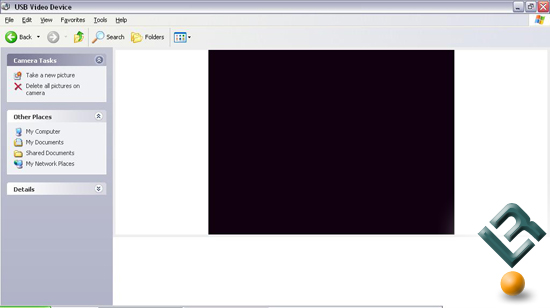 Here we have the webcam, but due to limitations of Print Screening, we do not see a picture.  The camera itself was rather high quality for a simple web cam, with response times not seen on typical lower end cameras.  The picture was a bit grainy, but that can be expected from a 1.3MP Camera.  Video Sound was also a bit grainy, but overall tolerable and the placement of the two microphones at the base of the Screen allowed the user to sit far enough from the netbook to be comfortable. 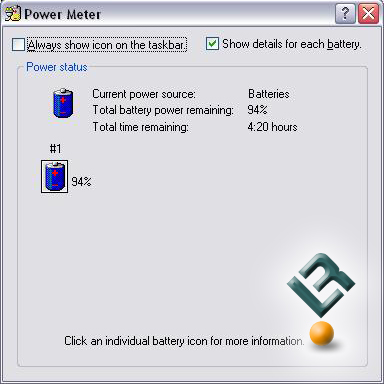 Here we have a shot of the Windows Power Utility detailing the battery life on the High Performance Setting.  Battery life typically ranged from five hours on the Power Saving Settings to four and a half hours on the above setting.  Overall battery life was excellent and similar to that of which was achieved with a nine cell battery in your typical fifteen-inch widescreen laptop.  ASUS does specify up to seven hours battery life, but I was not able to replicate this condition.  It could be possible by shutting of the internal wifi, and perhaps just writing a paper.

With the Features all wrapped up, let’s have some fun benchmarking the Netbook.