A look inside the HCP-850 Platinum 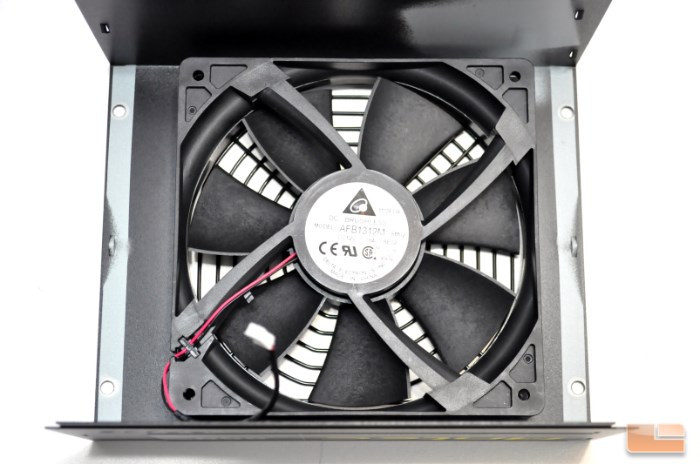 The cooling fan inside the HCP-850 Platinum is supplied by Delta, a very well-known manufacturer of cooling fans, the products of which are usually too expensive to be found inside most power supplies. The AFM1312M 135mm fan has a dual ball bearing and a maximum speed of 2800RPM. 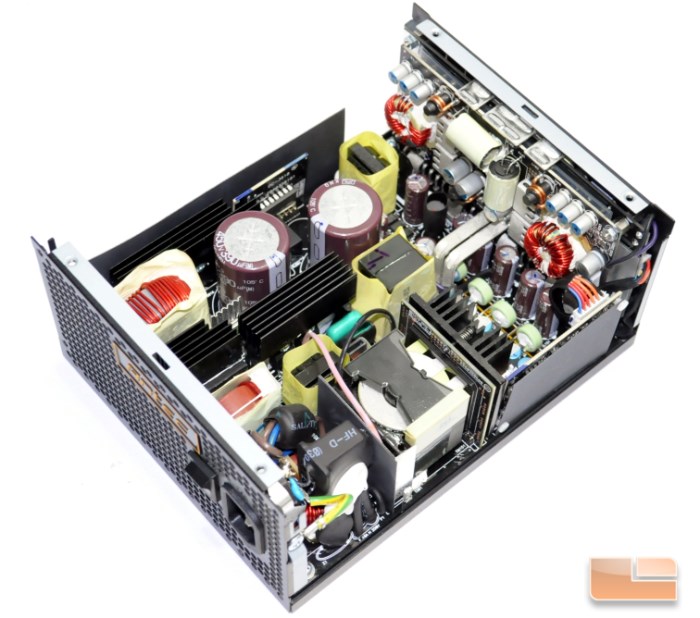 One of the most reputable power supply OEMs, Delta Electronics, is the company behind the production of the High Current Pro 850W Platinum. Although the chassis of the HCP-850 is quite long, every last cm inside it is being used, with the end result being remarkably tidy considering the number of components. The quality of the assembly is textbook, without a single flaw to be found about the soldering job or structure of the power supply. 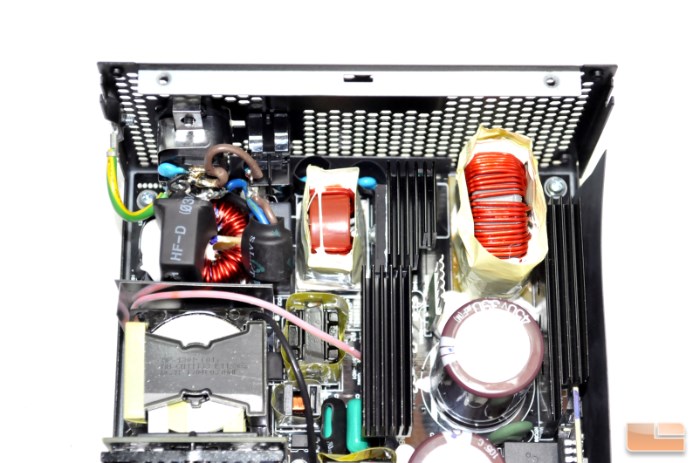 The filtering stage begins at the back of the A/C receptacle, with two Y capacitors and one X capacitor soldered directly on the terminals, and then continues onto the main PCB, with another four Y capacitors, one X capacitor, two chokes and a MOV. 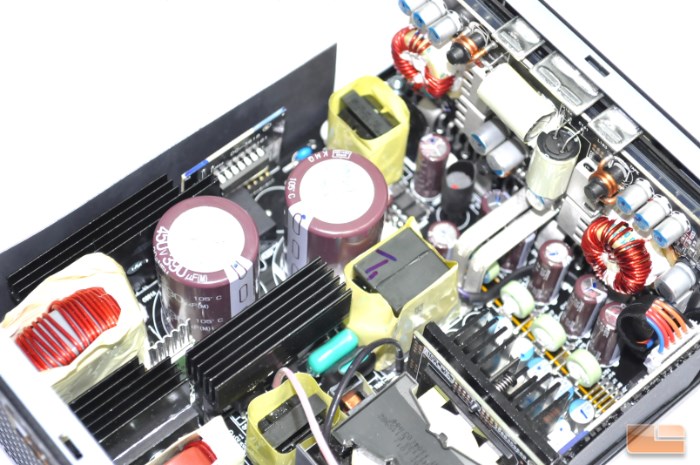 The main rectifier of the power supply has its own dedicated heatsink, right after the transient filter assembly. Next to it, the passive components of the APFC stage can be seen; a large PFC choke and two 390uF/450V capacitors from Nippon Chemi-Con. The active components of the APFC stage are on their own dedicated heatsink near the edge of the PCB. Four inversion transistors have been installed on a larger heatsink next to the massive transformer, forming a full-bridge configuration. The transformer itself is a little special, as it does voltage regulation on its own through transistors embedded inside the body. 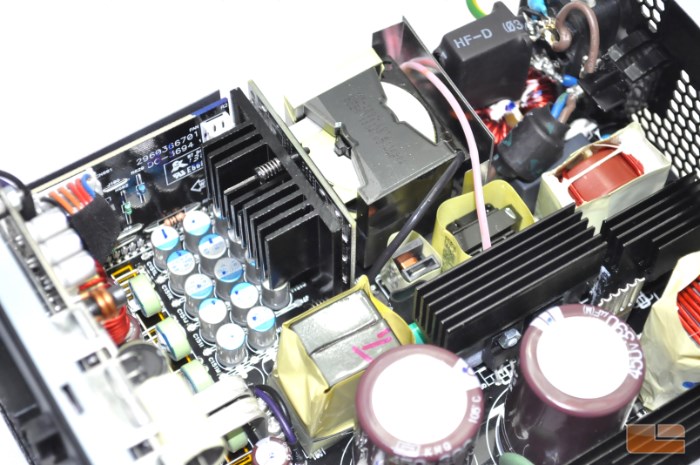 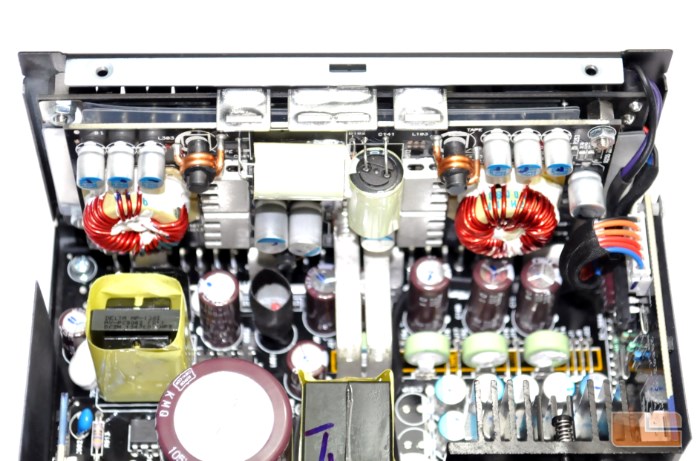 The DC to DC conversion circuits have been installed directly onto the vertical PCB, which also holds the cable connectors. Additional ripple filtering takes place here, per voltage line, right before the output. Two thick metallic bars bridge the main PCB and the vertical PCB, which, in comparison with simple cables, have notably lower power losses under high currents.