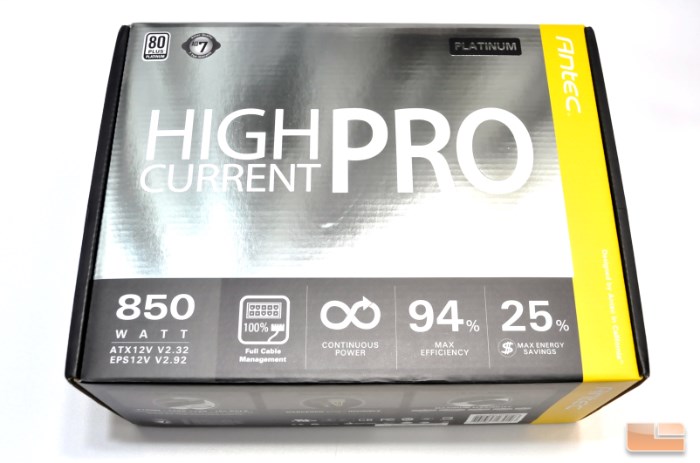 Antec supplies the HCP-850 in a very serious-looking, large cardboard box. Most of the front side of the box is dominated by a silvery (i.e. platinum) color, without any colorful shapes or even a picture of the power supply. The most basic features of the HCP-850 can also be seen around the edges of the box. 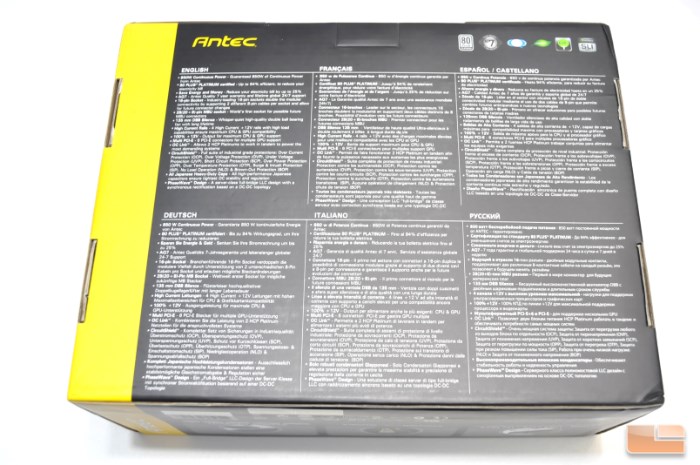 The company has printed a features list of the power supply at the rear side of the box, in six languages. The logos of the certifications that the HCP-850 has can also be seen at the top right corner of this side of the box. 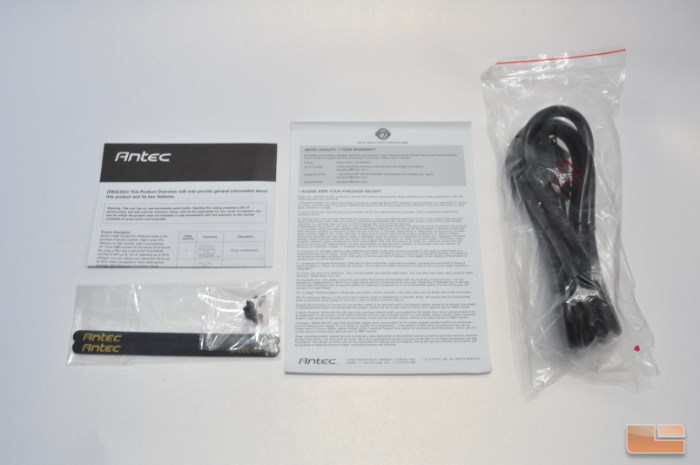 Inside the box, we only found a few black mounting screws, an A/C power cable and two high quality cable straps with the company logo printed on them alongside with this unit. The company also supplies a bag full of the unit’s modular cables. The unit itself also comes supplied in a cloth-alike bag, which can be reused.

As this is a fully modular power supply, every cable can be detached, even the 24-pin ATX cable. Although that would not make any sense in a system with a single PSU, the OC Link interface allows two HCP Platinum power supplies to work in parallel, which would render the second ATX connector useless. The cables are using standard color-coded wires and a simple black sleeving is covering them. It is interesting to note that one of the PCI Express cables is “enhanced”, allowing each of the two connectors to be fed from different 12V lines, whereas the other four cables feed both of their PCI Express connectors from the same 12V line.