The AMD Ryzen 5000 series desktop processors come out today and promise best-in-class performance across pretty much any vertical that you can think of. AMD was able to get a 19% instructions per cycle (IPC) improvement with these Zen 3 based chips over the previous generation of Zen 2-based Ryzen 3000 series processors and that is simply amazing. They were also able to get 2.8x higher performance-per-watt, and up to 26% higher gaming performance. With the AMD Ryzen 5000 series they lay claim to having the highest single-thread performance and most multi-core performance of any desktop gaming processor.

Four new desktop processors are launching today. They are the Ryzen 9 5950X, Ryzen 9 5900X, Ryzen 7 5800X and Ryzen 5 5600X. All are still made on the 7nm manufacturing process used on Zen 2, but optimizations have been made to ensure each processor stays at higher clock frequencies for longer periods of time. All AMD Ryzen 5000 series processors will work in existing 500-series chipset based motherboards like the AMD X570 and AMD B550 after a quick BIOS update. AMD 400-series chipset boards will be getting support in the months ahead, so if you are running a 400-series chipset board like the X470 or B450 be sure to check with your motherboard manufacturer to ensure it has appropriate BIOS support.

AMD sent us two of the four new Ryzen 5000 series processors for this review to benchmark for our audience. The two processors that we received were the Ryzen 9 5900X and the Ryzen 5 5600X. 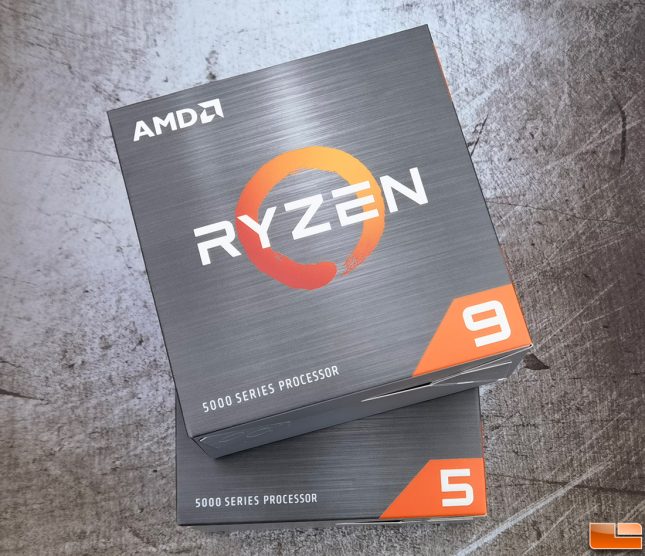 The AMD Ryzen 5 5600X 6-core, 12-thread processor is the starting point for the Ryzen 5000 series and is priced at $299. It features a 3.7GHz base clock and a 4.6GHz boost clock with 32MB of L3 cache and a 65W TDP. It also comes with the Wraith Stealth CPU cooler, so you’ll have everything you need straight out of the box. 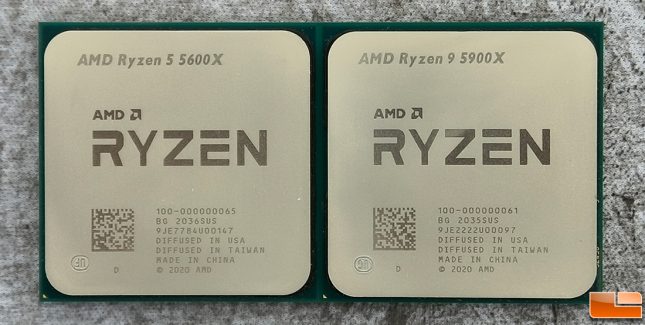 From the outside the new Ryzen 5000 CPU series looks the same, but trust us they both are based on the Zen 3 microarchitecture under the lid! 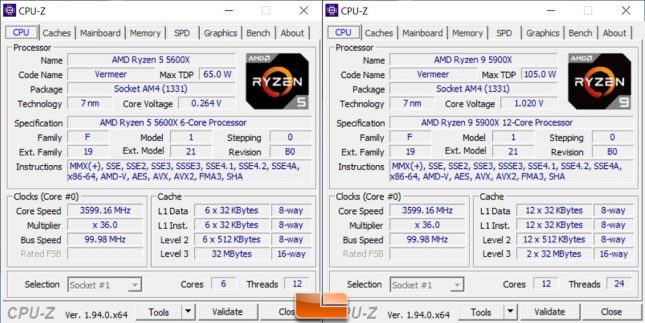 Here is a look at CPU-Z v1.94.0 on both processors for those might want to take a look at the steppings or the cache details on these two Vermeer 7nm processors that are coming out of TSMC’s fabs. Both processors are Stepping 0, Revision B0 parts.