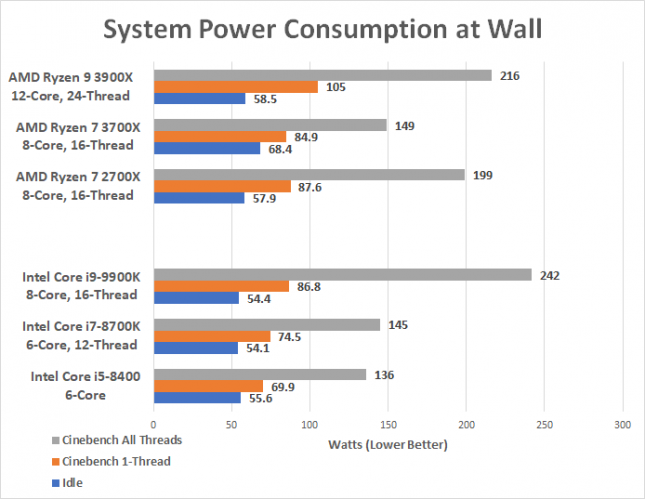 When you look at power consumption you can really see that AMD has made some major improvements with Zen 2. The power draw at the wall on the 3700X was right under 150 Watts running Cinebench R20 on all threads, which is 50 Watts lower than what the Ryzen 7 2700X! The 12-core Ryzen 9 3900X came in at 216 Watts, but that is great for a processor with this many cores and threads. It used less power than the Intel Core i9-9900K!