Last week AMD Ryzen 3000 series desktop processors based on the Zen 2 architecture finally came to market. AMD launched six new desktop processors of which five are available today. Of the processors that are out today they range in price between $199 to $499. The six model coming later would be the flagship Ryzen 9 3950X 16-core, 32-thread beast will be coming in September 2019 for $749. 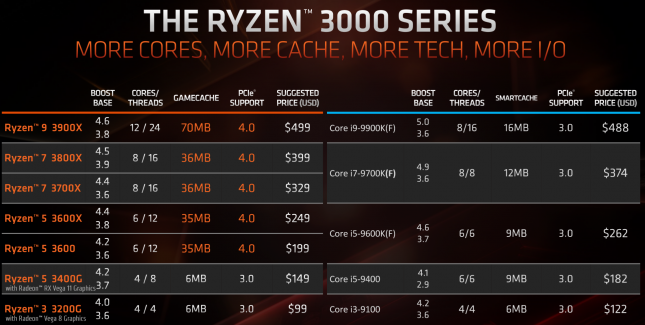 Today, the ‘best’ processor that you can buy would be the 12-core, 24-thread Ryzen 9 3900X at $499. This processor competes directly with the Intel Core i9-9900K at the $499 price-point and should be able to compete with Intel across the board. This is the first time in many years that AMD has been able to rival Intel on the performance front. This is all thanks to the new Zen 2 architecture that is built on the 7nm manufacturing process with a redesigned cache structure, and support for new technologies like PCI Express 4.0. AMD has steadily been improving their single-thread performance over the years and has taken multi-threaded performance to the next level by offering more cores and threads than their competitor. The fact that they have been adding to the cache (GameCache) like crazy also doesn’t hurt as you want to keep as much data as you can by the cores to boost performance and reduce latency. 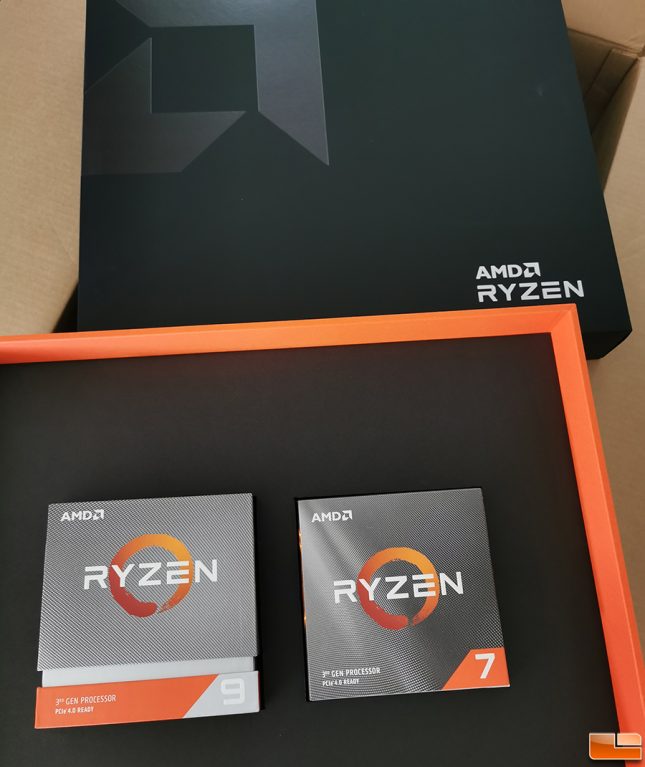 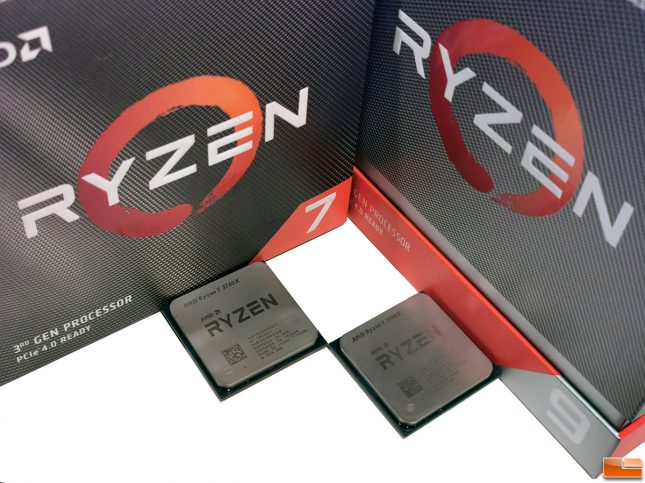 The 3rd Generation Ryzen 3000 series desktop processors look just like their predecessors and they thankfully work in most existing AM4 socket motherboards after a UEFI update. The only kicker is if you want to take advantage of new technologies like PCI Express 4.0 you’ll need to step up to the latest and albeit more expensive AMD X570 motherboards. The AMD Wraith series of CPU coolers come with and remain unchanged, a testament to how well designed they were and how power efficient AMD has become.