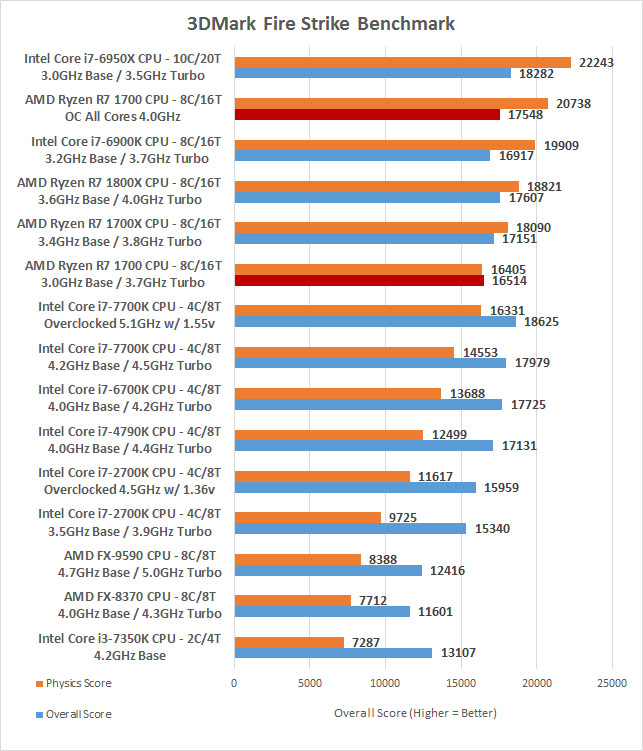 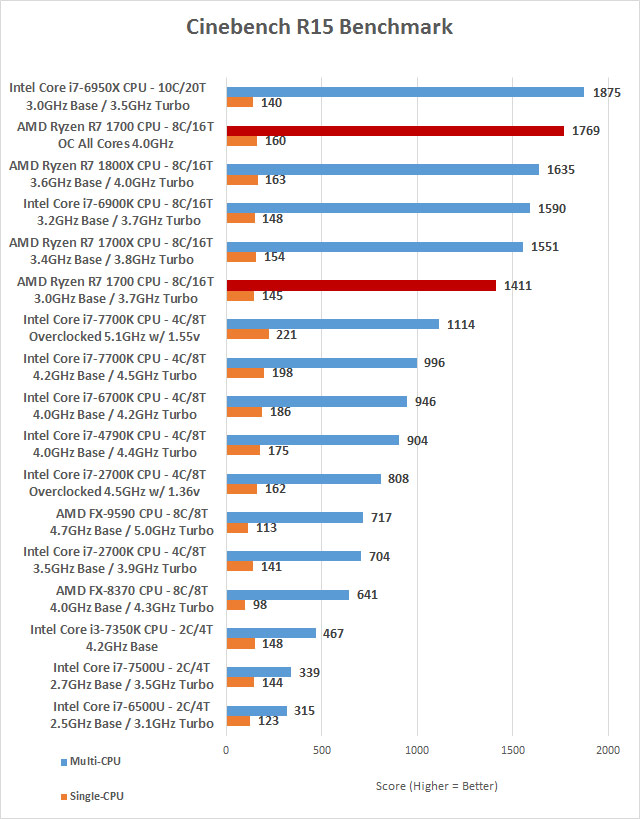 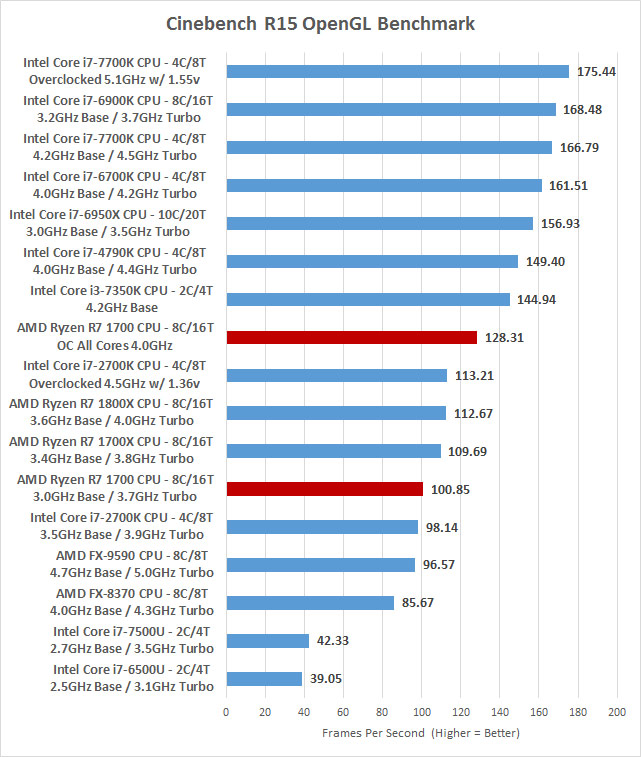 3DMark and Cinebench Benchmarks Results Summary: The AMD Ryzen 7 1700 really wakes up when you overclock all the cores to 4GHz as you can see in the results above. The Cinebench score of 1769 in the multi-threaded CPU test and 160 points in the single-threaded test are nothing to laugh at.