We used AIDA64 to look at temperatures as Ryzen Masters wasn’t given to us while we were doing our performance testing. We aren’t sure if AIDA 64 numbers are accurate, but we’ll let you take a look. 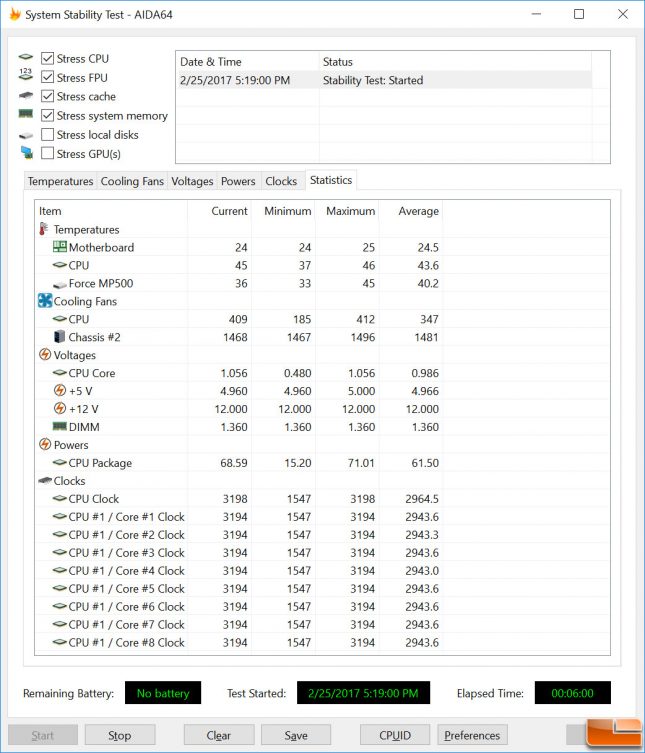 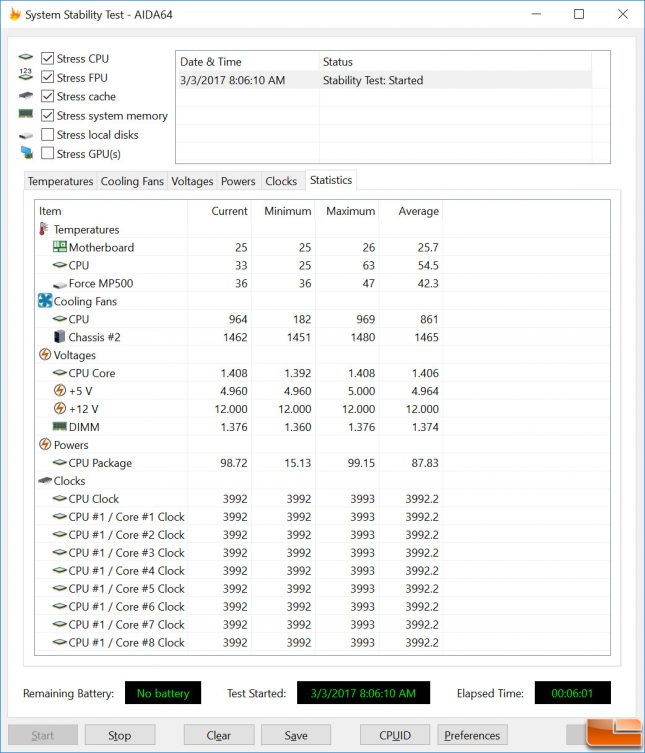 One would think that the temperatures on the water cooler would slowly creep up over time, but we went from ~28C to 60C instantly and the Corsair H110i was able to hold them there. Once we stopped the AIDA64 stress test six minutes later (short because we wanted to get this article done before the weekend) the temperatures dropped back down to 25C in less than 10 seconds. Pretty impressive!