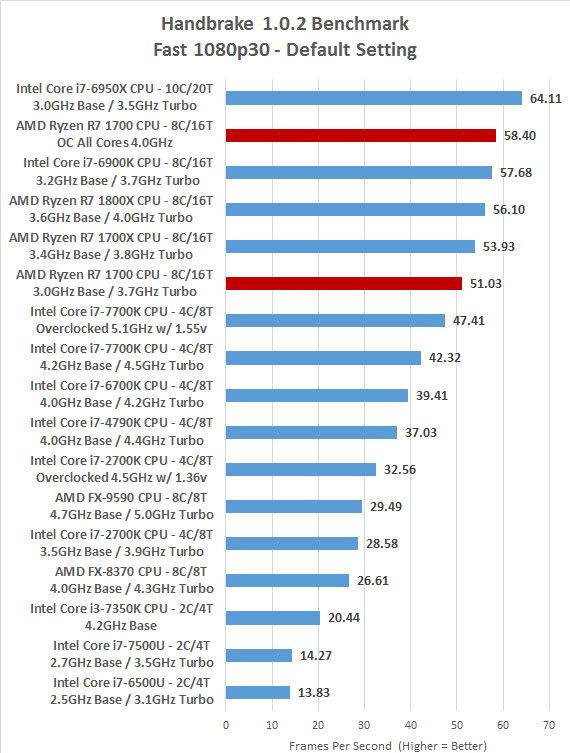 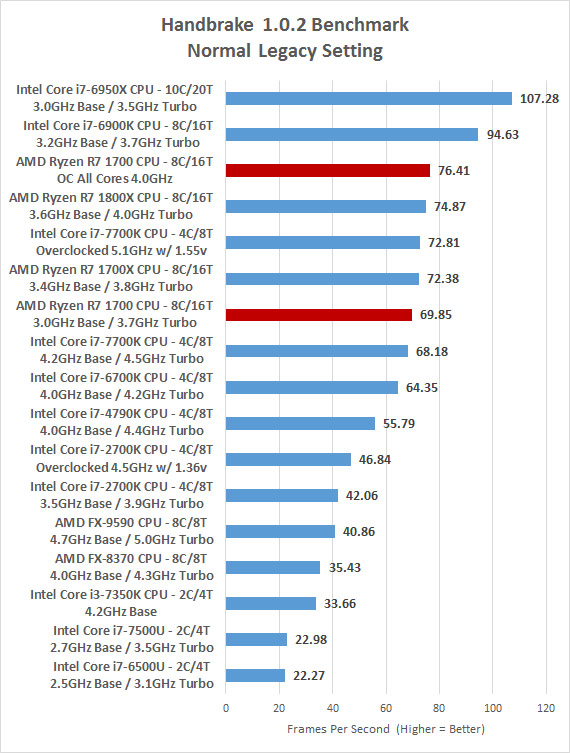 the x264 HD Benchmark is a reproducible measure of how fast your machine can encode a short HD-quality video clip into a high quality x264 video file. It’s nice because everyone running it will use the same video clip and software. The video encoder (x264.exe) reports a fairly accurate internal benchmark (in frames per second) for each pass of the video encode and it also uses multi-core processors very efficiently. All these factors make this an ideal benchmark to compare different processors and systems to each other. We are using x264 HD v5.0.1 for this test. 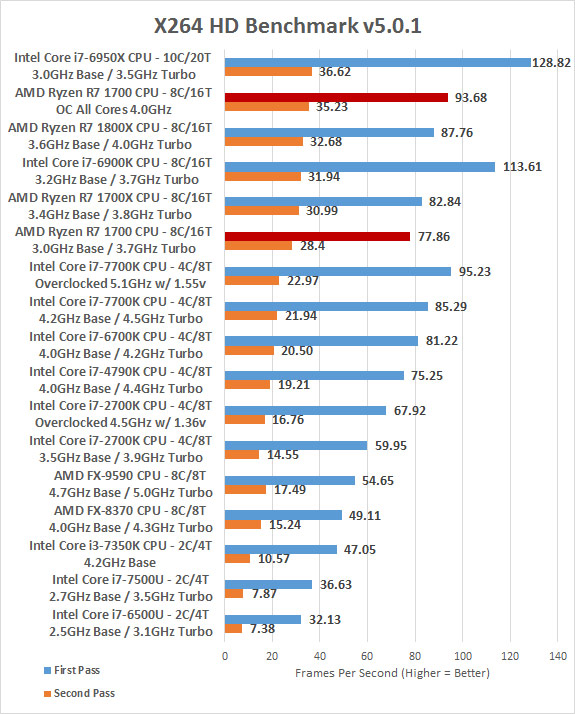 Media Encoding Benchmark Results Summary: The AMD Ryzen 7 1700 is a monster when it comes to transcoding benchmarks and when overclocked to 4.0GHz only the Intel Core i7-6950X can beat it in these three test cases and that is a $1,627.99 processor. 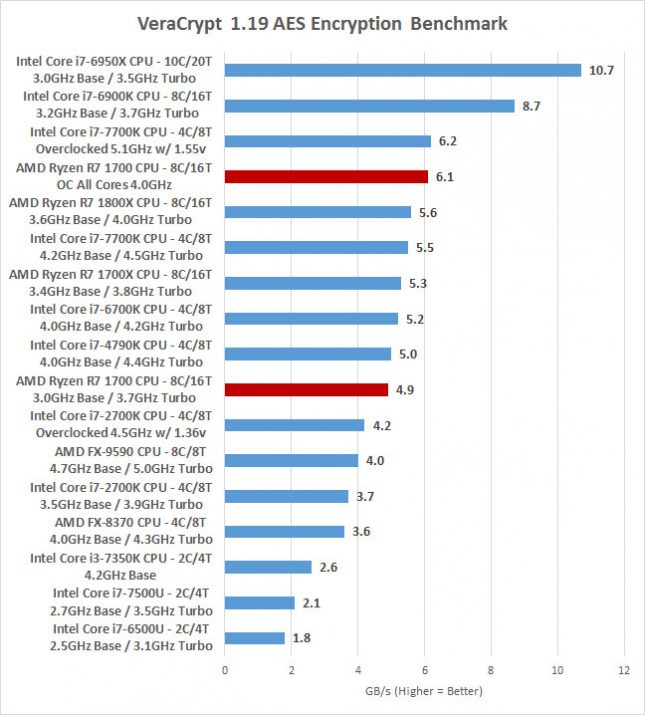 Encryption Benchmark Results Summary: Overclocked encryption testing shows that the AMD Ryzen 7 1700 finished with a score of 6.1 GB/s on the standard AES benchmark, which is just 0.1 GB/s behind an Intel Core i7-7700K overclocked up to 5.1 GHz.