Something new that we’ll be testing out for the very first time is CPU performance while gaming at 1080P when using streaming to services like Twitch from the same PC with OBS software. 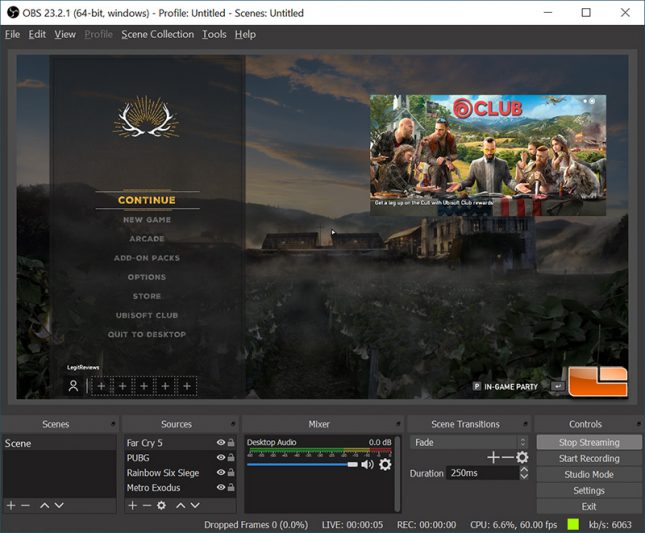 We fired up OBS 23.2.1 and streamed our Twitch channel at 1080P 60FPS with the software X264 option at 6000 Kbps. This put an additional strain on the system drops the average frame rate by roughly 15-20% on most of the processors we tested. 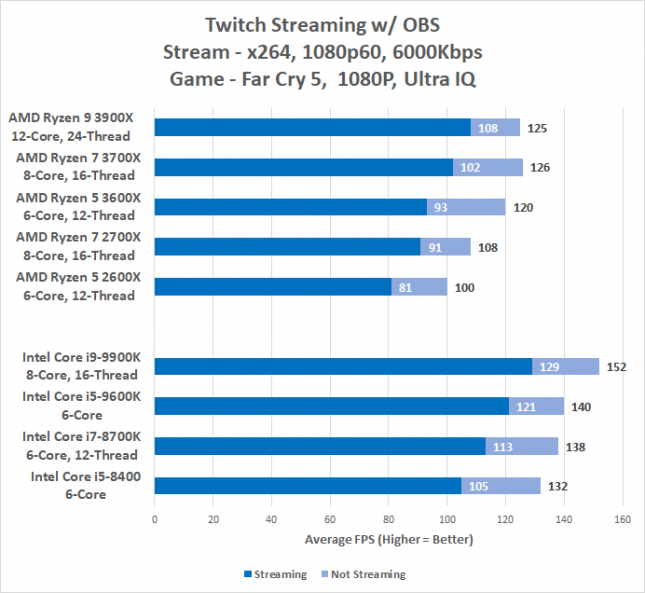 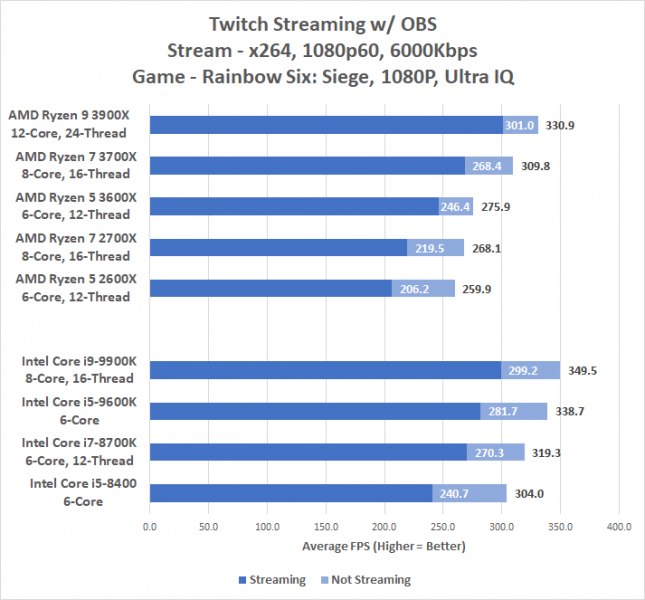