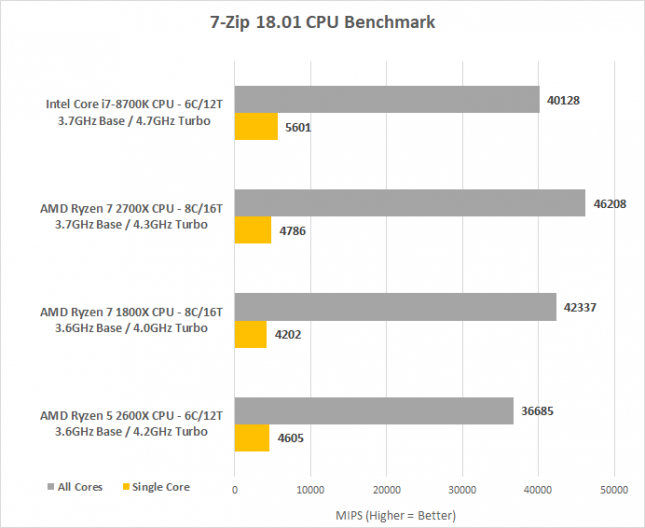 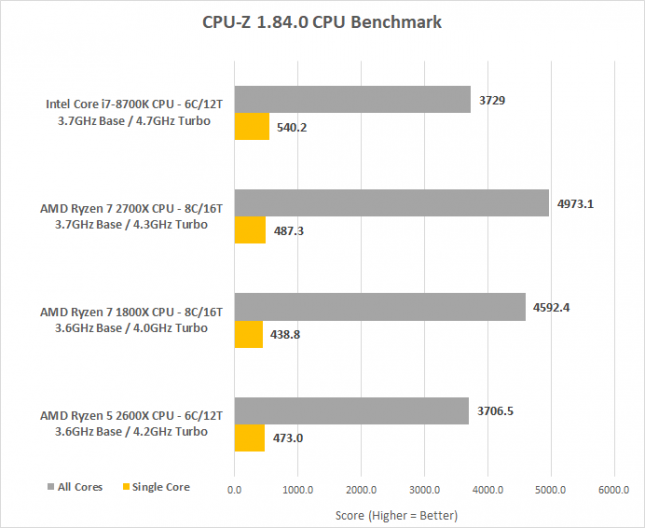 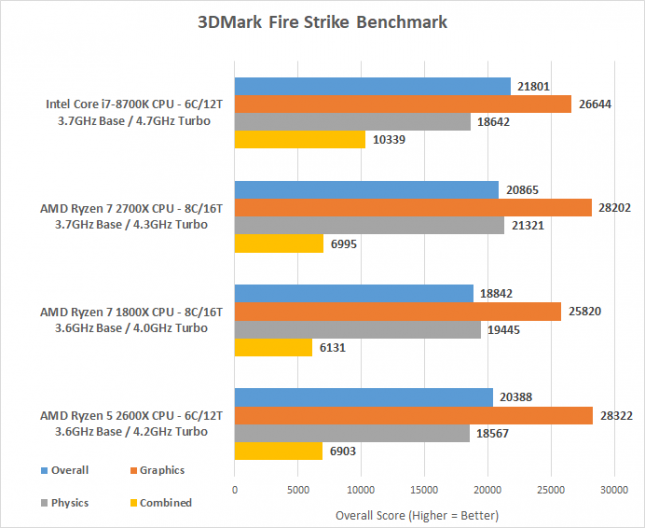 Fire Strike Benchmarks Results Summary: When it comes to 3DMark Fire Strike we found the overall score on the AMD Ryzen 7 2700X was higher than what we got on the Ryzen 5 2600X, but things were flipped with regards to the GPU score. We’ve noticed some wild score swings between runs on 3DMark Fire Strike on the combined test and are looking into it. 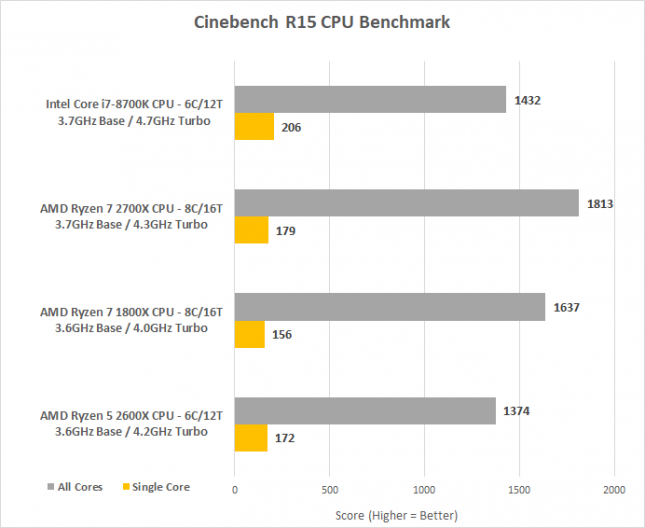 Cinebench Benchmarks Results Summary: The flagship Ryzen 7 2700X 8-core, 16-thread CPU has a Cinebench score 1813 points on the multi-CPU test and 179 on the single-cpu test whereas the more affordable Ryzen 5 2600X 6-core, 12-thread processor came in at 1374 points and 172 points, respectively. Single-core performance is up nicely over the AMD Ryzen 7 1800X and we were shocked to see the multi-core performance being just 4% behind the Intel Core i7-8700K processor.