Before we look at the numbers, lets take a brief look at the test system that was used. All testing was done on a fresh install of Windows 10 Pro Anniversary Update 1709 64-bit and benchmarks were completed on the desktop with no other software programs running. Testing was completed on April 18th, 2018 and all public Windows updates were checked and installed before any testing was done. The AMD Ryzen platform was tested with the AMD Ryzen Balanced Power Plan and the Intel platform was tested with the standard Balanced Power Plan. No other Windows modifications were done. 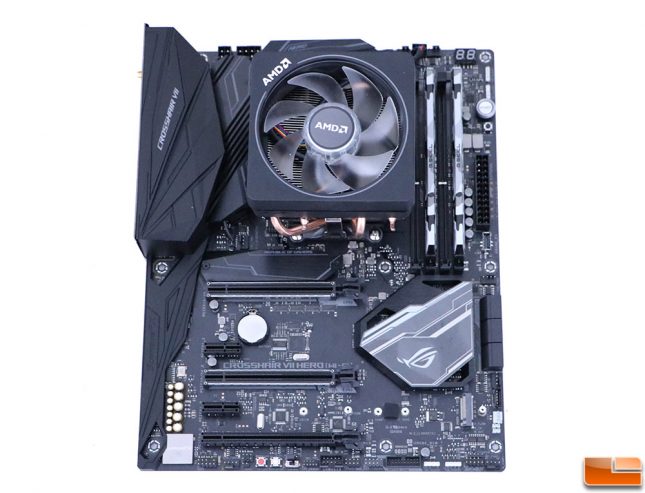 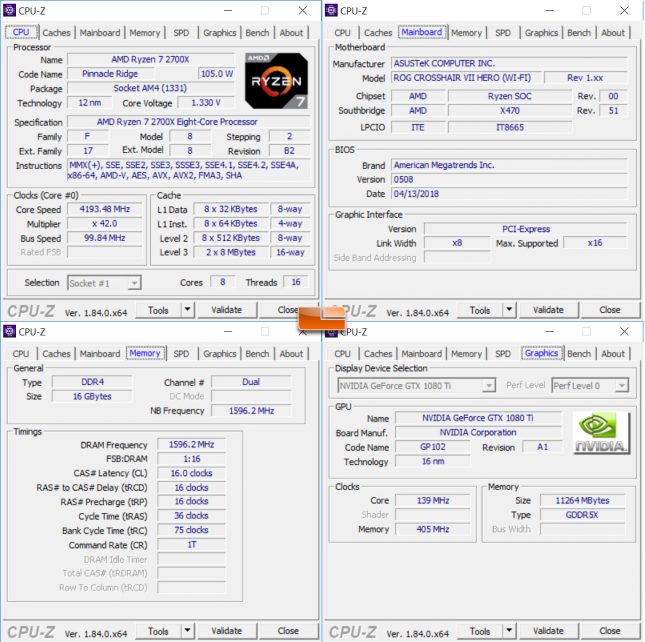 The AMD X470 platform that we used for testing was built around the ASUS ROG Crosshair VII Hero WiFi motherboard ($299.99 shipped). We used UEFI version 0508, which was the latest available at the time of testing and the build that we were told would be the first public release. A G.Skill SniperX 16GB (2x8GB) 3400MHz DDR4 dual-channel memory kit was used, but we manually clocked it at 3200MHz clock speeds as that is the sweet spot right now for pricing and performance. We used the stock AMD Wraith Spire CPU cooler for the Ryzen 7 2700X and 1800X processors and a Corsair AX1200i digital power supply was used for power delivery. An HP SSD EX920 M.2 1TB SSD was used and Windows 10 Pro v1709 was installed from a clean ISO with all available Windows patches as of 4/18/2018 (the date when testing took place). An NVIDIA GeForce GTX 1080 Ti FE graphics card handled graphics with GeForce Game Ready Driver version 391.35 that came out on March 27th, 2018.

The Intel Z370 platform that we used to test the Intel 1151 processors was running the ASUS ROG STRIX Z370-F Gaming motherboard ($180.00 shipped) with UEFI 0614 that came out on 04/09/2018. All the other components used on this platform were identical to that of the AMD X470 platform other than the CPU Cooler. We went with the Noctua NH-D15 tower cooler to keep the Intel Core i7-8700K cooled and to have both systems air cooled.