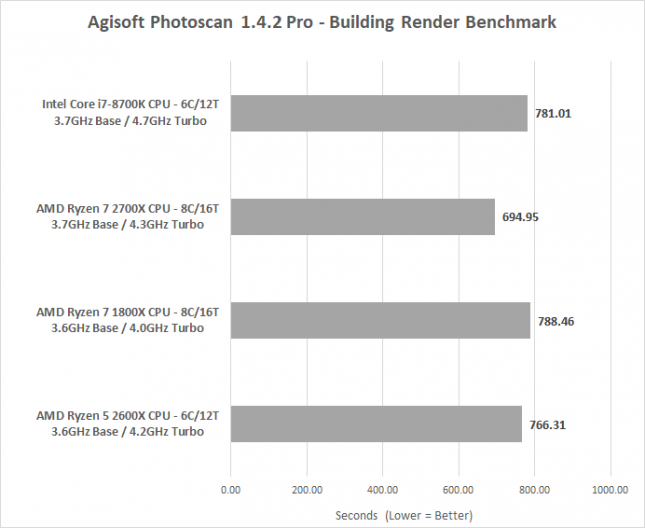 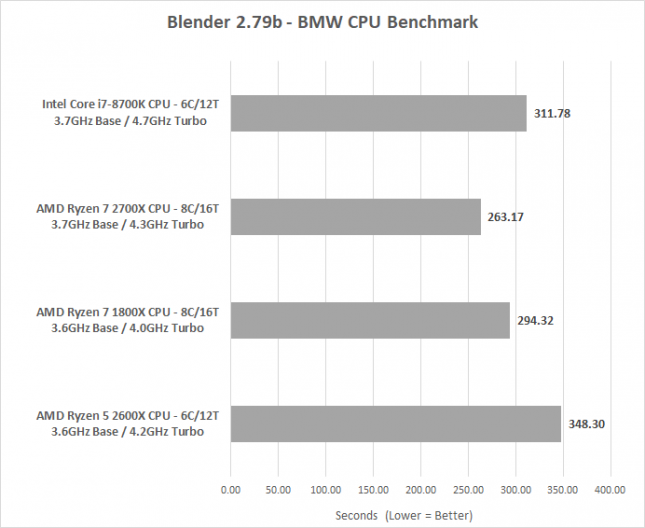 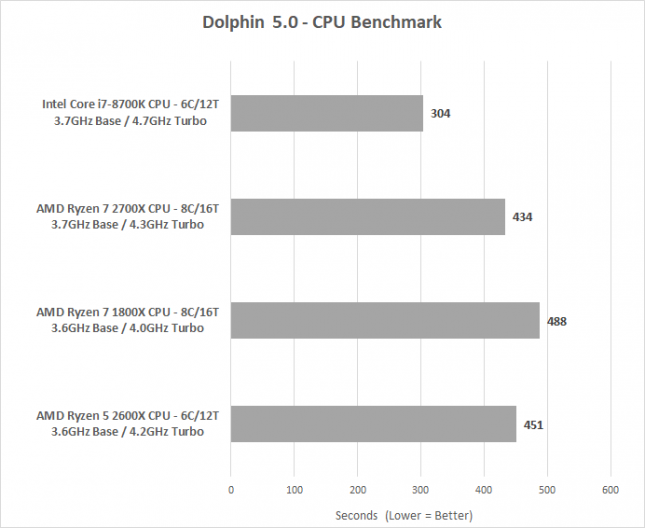 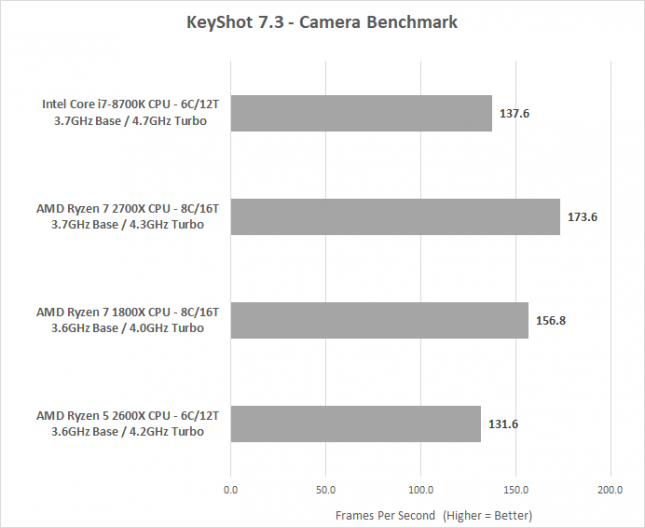 Real World Benchmark Results Summary: When it comes to our ‘real world’ benchmark tests we were really impressed by how well the AMD Ryzen 5 2600X 6-core, 12-thread processor performed for the $229.99 price point. For example in KeyShot 7.3 it was only 4.4% slower than the Intel Core i7-8700K that retails for $339.99 shipped, so you the price versus performance ration on heavily threaded applications is insane. In Agisoft Photoscan 1.4.2 Professional Edition we discovered that the AMD Ryzen 5 2600X was actually faster than the Intel Core i7-8700K! Single threaded performance on applications like Dolphin showed that the Intel Core i7-8700K was able to perform nearly 33% faster than the AMD Ryzen 5 2600X, so that Intel still dominates in lightly threaded workloads. If you do heavy multi-threaded workloads it is clear that AMD offers the best performance for the dollar, but Intel still rules the roost for lightly threaded applications. You really need to figure out how many CPU threads your applications use in order to purchase the best performing processor.