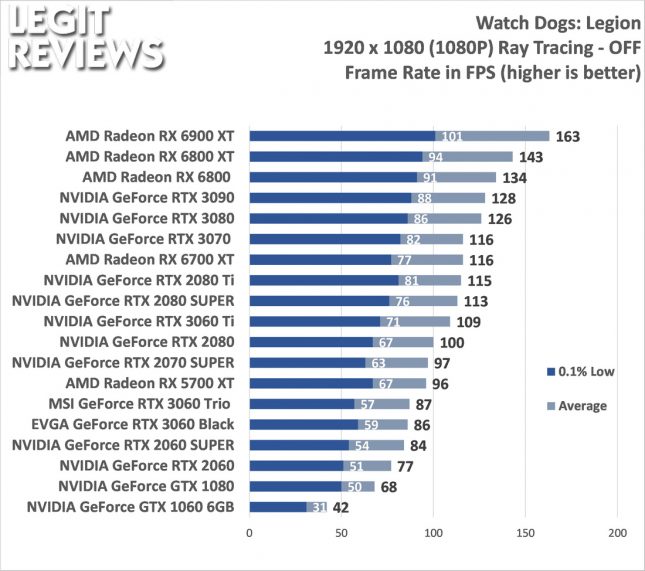 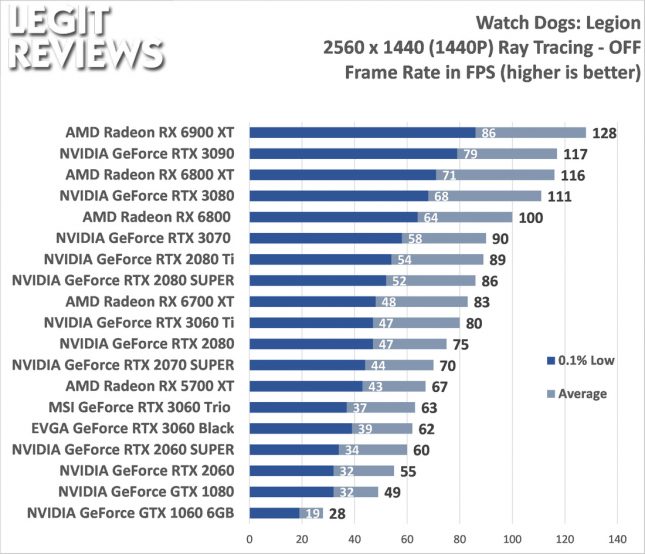 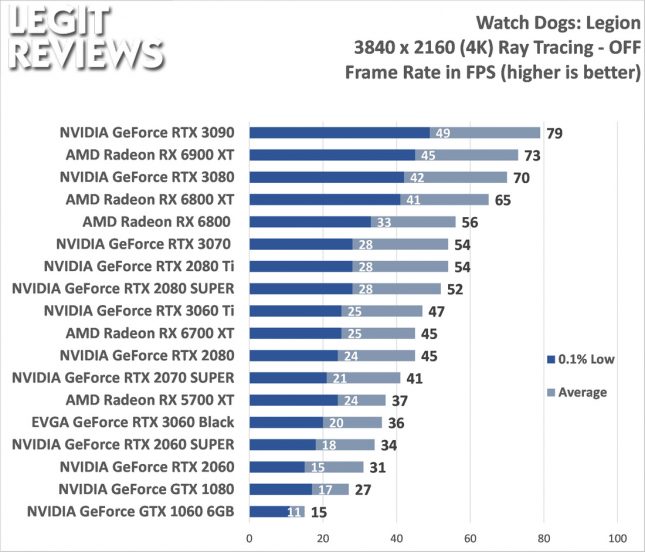 Performance of the AMD Radeon RX 6700 XT was solid on Watch Dogs: Legion when Ray Tracing was disabled. We were averaging 116 FPS at 1080P and 83 FPS at 1044P with the very high image preset. This puts the 6700 XT about 24% faster than the AMD Radeon RX 5700 XT reference card. It was also perfuming better than the GeForce RTX 3060 Ti at these two resolutions. 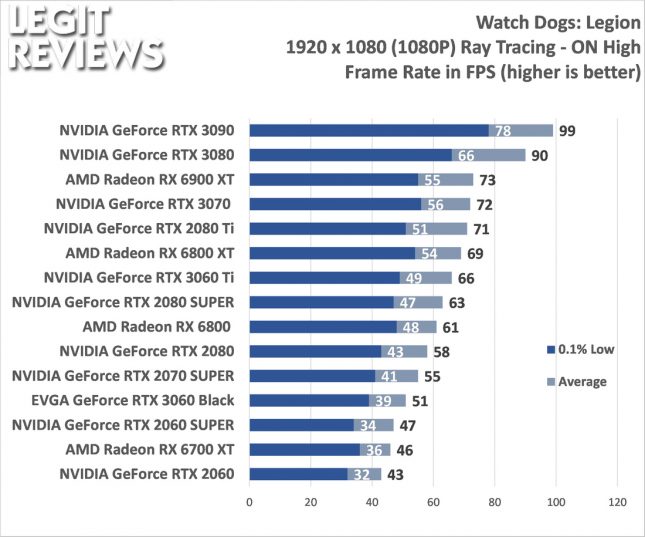 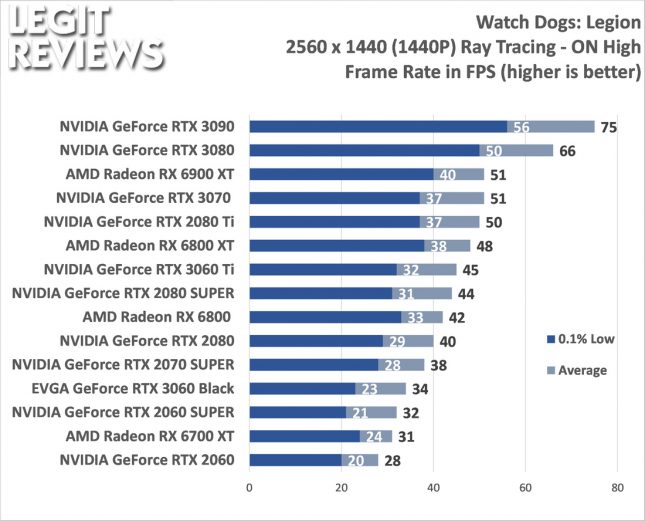 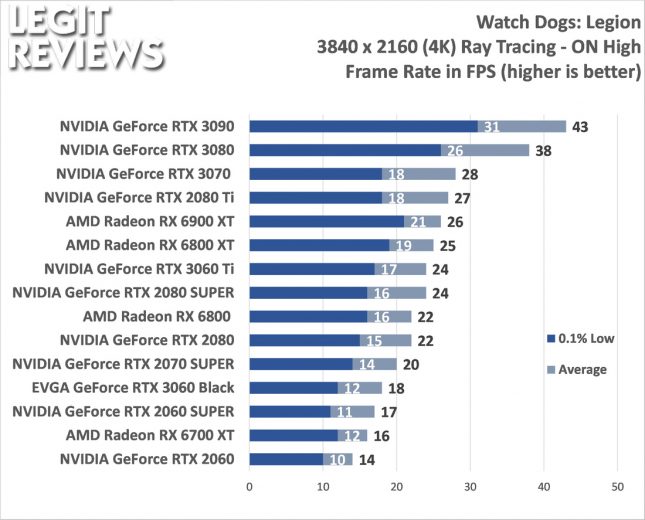 With ray tracing enabled the AMD Radeon RX 6700 XT dropped near the bottom of the performance chart and was performing just behind the NVIDIA GeForce RTX 2060 SUPER graphics card.