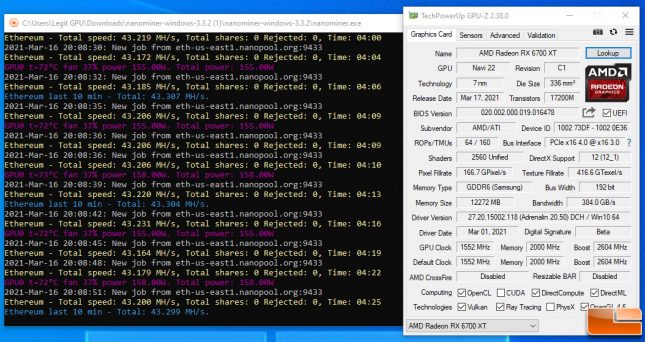 When it comes to cryptocurrency mining we fired up Nanominer 3.3.2 and did some Ethereum (ETH) mining on the AMD Radeon RX 6700 XT. We found that it was getting about 43.3 MH/s straight out of the box with absolutely no adjustments. The NVIDIA GeForce RTX 3060 Ti gets about 58 MH/s with no modifications and the NVIDIA GeForce RTX 3060 gets around 42 MH/s with the right driver. The 6700 XT falls between those two models and will earn just under $4.85 in revenue per day mining Ether. 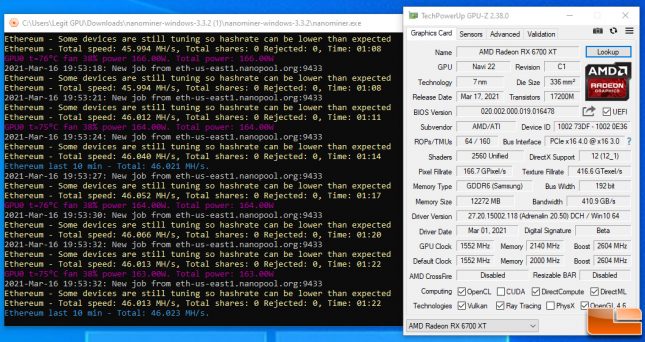 Using the AMD Radeon overclocking utility to push the memory clock speed up to 107% we managed to reach 46 MH/s on the 6700 XT. That puts the revenue per day mining up over $5.10 per day at the current rates and difficulty mining Ethereum. This is a solid Ethash miner!