Time to see if overclocking will help one of these Radeon RX 590 cards stand out from the crowd. We used Wattman in AMD Radeon Settings to overclock each of these three graphics cards as it doesn’t invalidate any of the cards warranties. 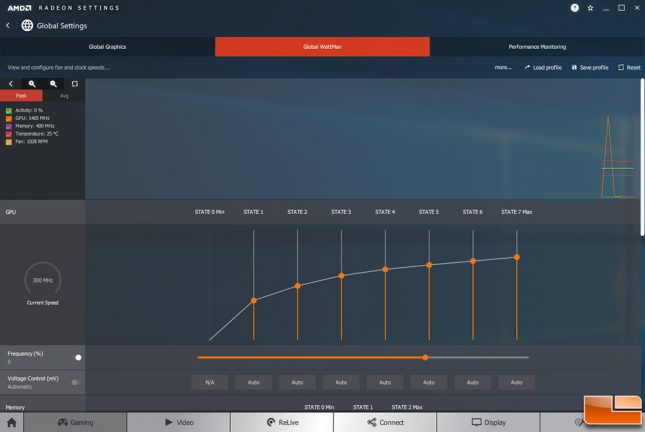 We were able to crank up each cards 8GB of GDDR5 memory up to 2250MHz. The max core clock varied on each card; PowerColor had the highest stable clock frequency of 1665MHz, XFX came in at 1650MHz and then Sapphire came in at 1640MHz. Just a 25MHz difference was observed between the fastest and slowest card. The difference in the overall 3DMark Time Spy score was just 0.6%, so the performance on each of these cards is pretty much identical. 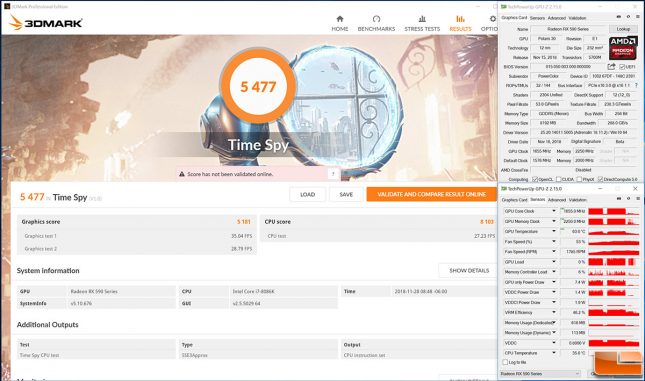 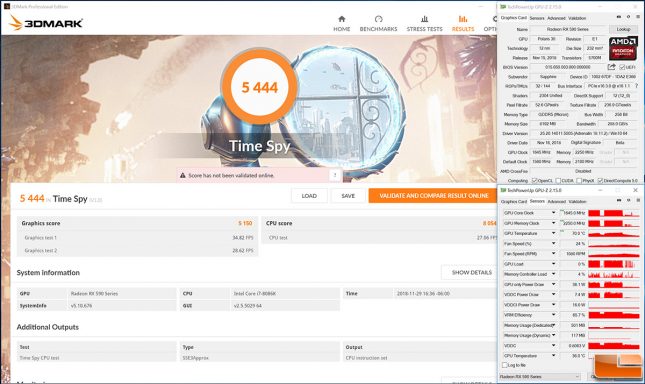 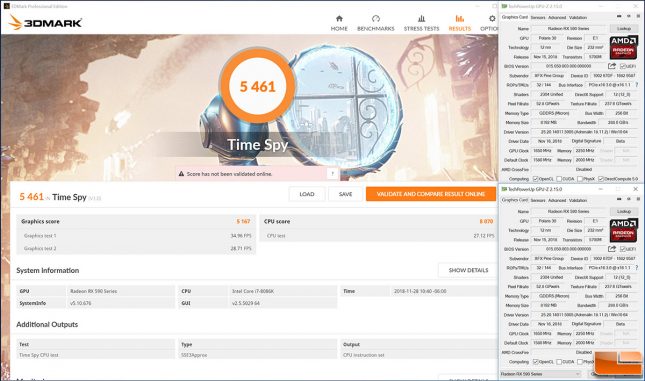 Overclocking does increase the power draw though as we saw right around a 50 Watt increase in power consumption on the Sapphire and Powercolor cards at the wall with our not so crazy overclocks. The XFX model used right around 20 more Watts when overclocked. This is substantially less and we aren’t exactly sure why. Our best guess is that their power delivery components are the most efficient. 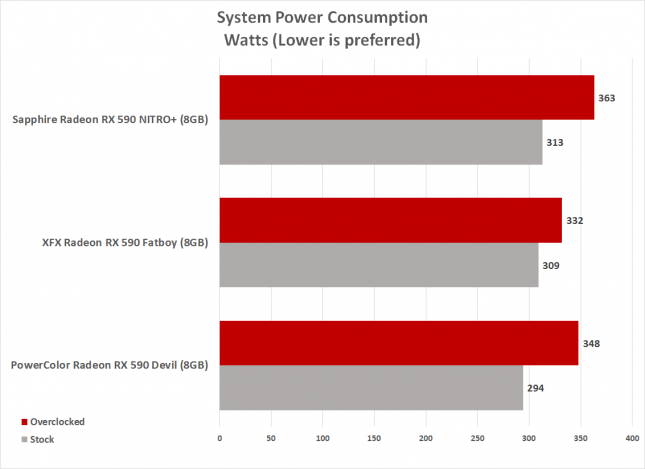 A handful of people will likely be upset that we didn’t use an overclocking utility like Sapphire TRIXX to increase the GPU Voltage and push the clocks even higher. Using a utility like TRIXX will also allow you to push the memory clock frequency beyond the 2250 MHz limitation in AMD’s Wattman utility. Well, the good news is that we did do use that utility on the cards. The bad news is that we were only able to get about 20 MHz higher on the GPU core clock and it’s not really worth writing about. 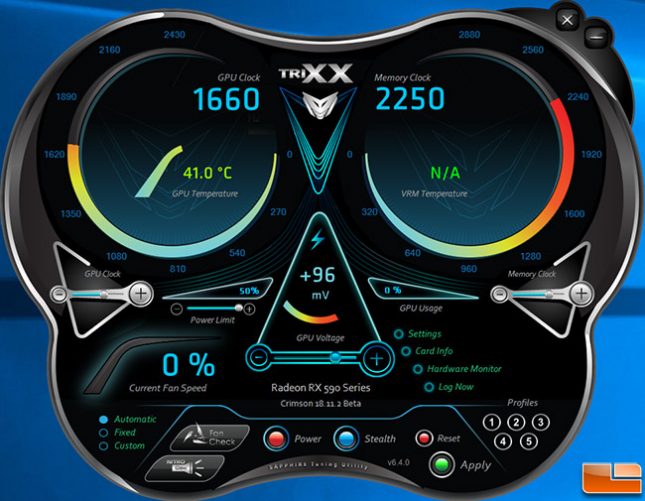 We used the TRIXX utility to see how far we could push the core clock and tried increasing the core voltage by 25mV, 50mV, 75mV, 100mV and 125mV and found that all of our cards were hitting a wall at around 1660-1665 MHz once again. 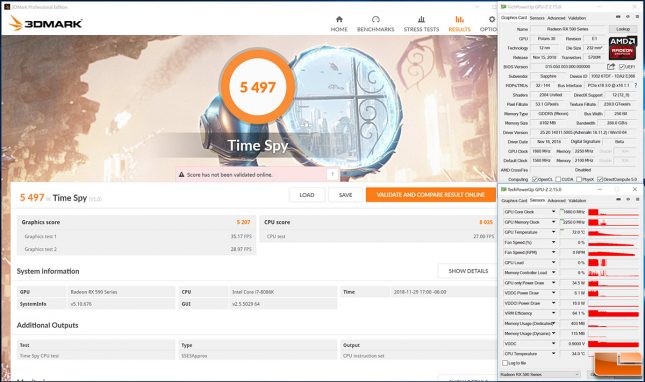 We spent a couple hours manually overclocking the core on the cards even higher and the scores showed that it wasn’t worth the effort. Our overall score in 3DMark went up by just 20 points with an extra 20 MHz on the core clock. We were also feeding an additional 100mV of power to the Polaris 30 GPU and it’s not worth the extra power draw and wear to the GPU to do this.

AMD hasn’t left much overhead in the Polaris 30 GPU, but when have they ever really had a ton of overclocking headroom?