Tom Clancy’s Rainbow Six Siege was benchmarked with high image quality settings with Temporal AA and 4x AF. V-Sync and the framerate limit were both disabled and we used the game titles built-in game benchmark. 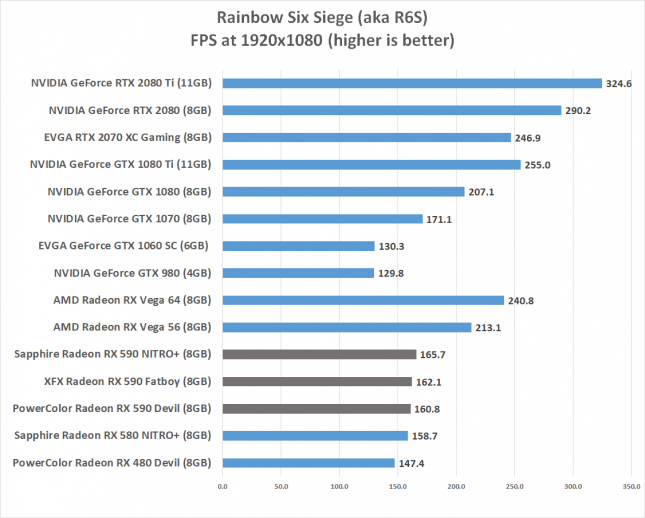 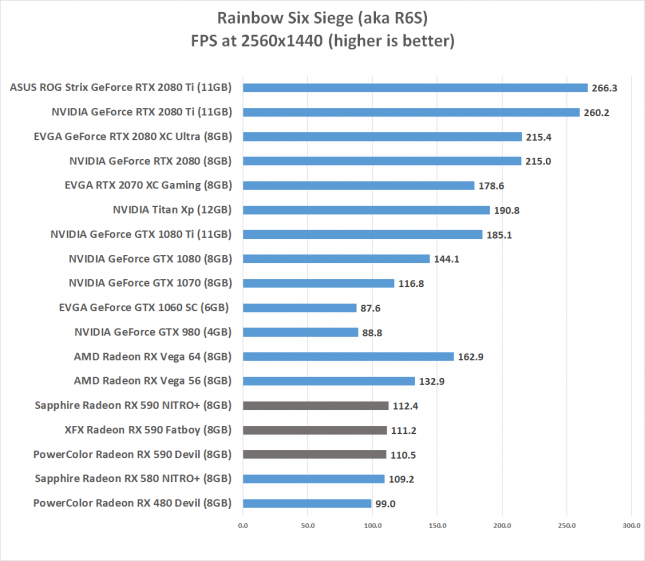 Benchmark Results: Rainbow Six Siege might showed that the Sapphire Nitro+ Radeon RX 590 Special Edition card performed the best. This particular card has the lowest core clock speed, but is the only card to have the memory overclocked. It looks like Sapphire came up with a winning combination here. After playing on all three of these cards for a couple weeks the difference between them really can’t be felt when gaming. The PowerColor Red Devil Radeon RX 590 and XFX Radeon RX 590 cards were not even 3% slower at 1080P and 1440P, so we aren’t talking about a significant performance advantage here between any of these three models.