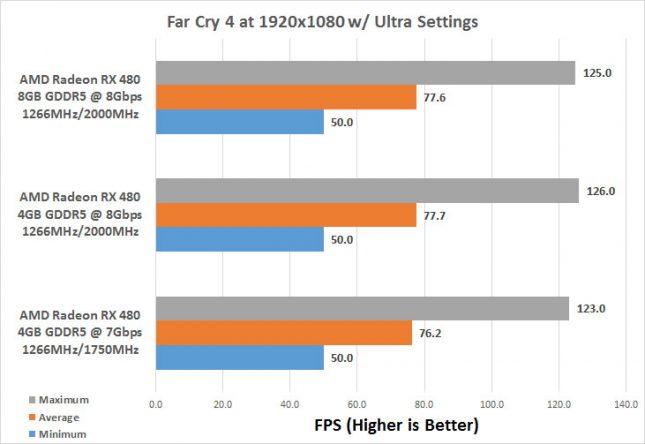 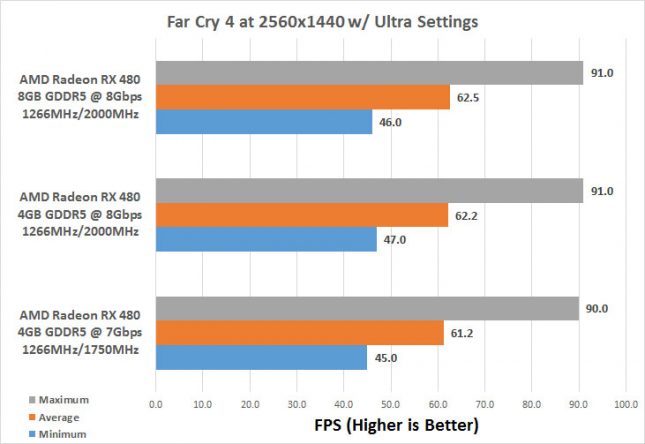 1440P Benchmark Results: Increasing the resolution up to 2560×1440 we found the Radeon RX 480 8GB to be 0.3 FPS faster on average than the Radeon RX 480 4GB when both running 8Gbps memory. Again, this isn’t a significant difference in performance. It was great to learn that the Radeon RX 480 could play Far Cry 4 with Ultra image quality settings at 2560 x 1440 and maintain an average frame rage about 60! Pair the Radeon RX 480 with a FreeSync monitor and you’ll have a great 2560 x 1600 gaming experience. 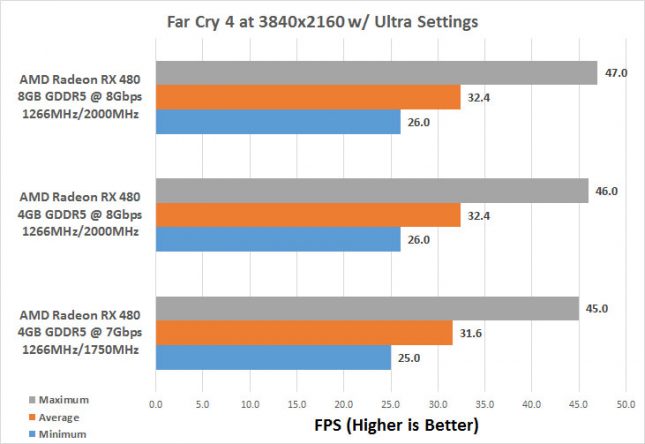 4K Benchmark Results: In Far Cry 4 at 3840 x 2160 we found the Radeon RX 480 8GB and Radeon RX 480 4GB cards both running 8Gbps memory had identical performance whereas the 4GB card with the memory at 7Gbps was not even 1 FPS behind on the average Frame rate. The memory clock speed doesn’t play a big roll in Far Cry 4 nor does having 8GB versus 4GB from what our testing has shown.