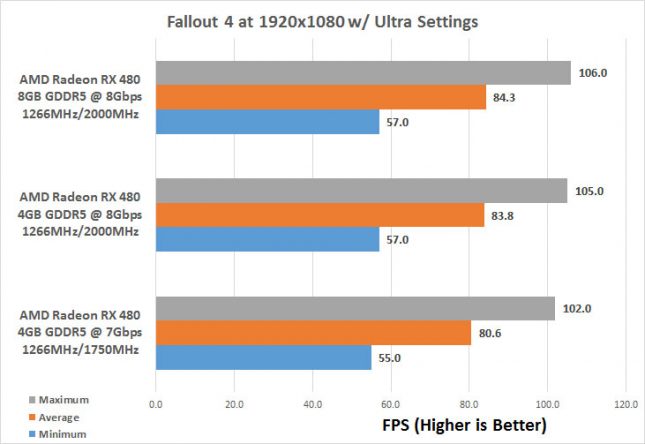 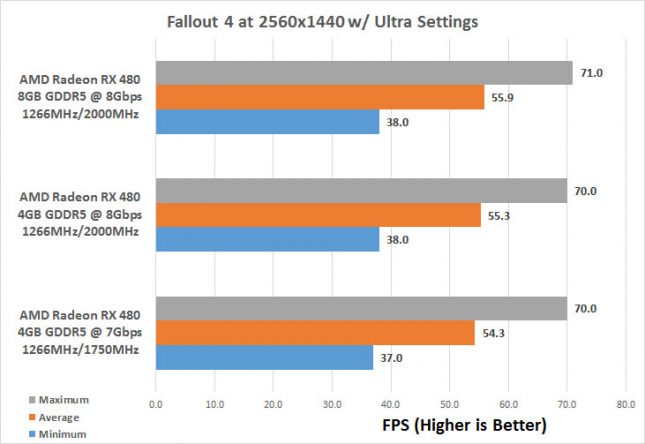 Benchmark Results: With the display resolution bumped up to 21601440 we saw a 3% performance gap between the 4GB and 8GB cards. Not a huge difference and running the 4GB card at 8Gbps nearly allowed it to catch up to the 8GB card! 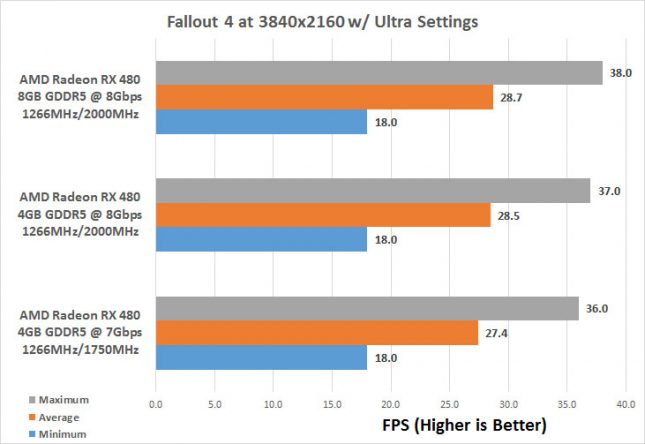 Benchmark Results: At full 4K UHD resolution the Radeon RX 480 8GB performed 4.7% better than the Radeon RX 480 4GB with 7Gbps memory. We were really shocked that there wasn’t a drop in the minimum frame rate at 4K with the 4GB cards since the dedicated memory was filling up and overflowing to the dynamic memory, but all tests were run three times!