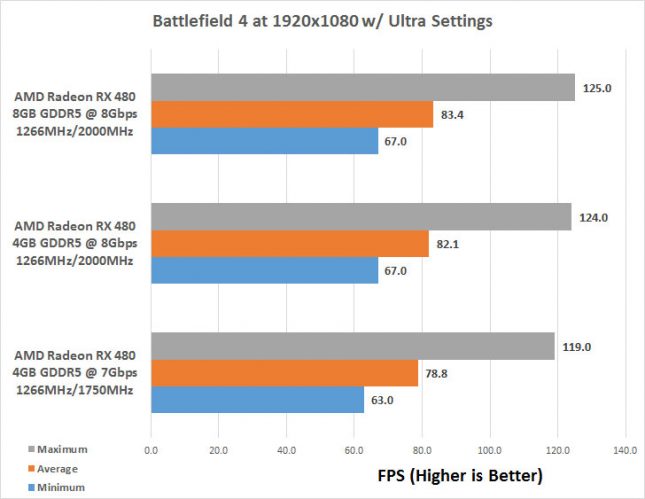 Benchmark Results: At 1080p resolution we found the AMD Radeon RX 480 8GB was 5 FPS faster on average than the AMD Radeon RX 480 4GB. This comes out to be a 5.8% performance advantage to the 8GB card when running the reference card clock speeds. When we overclocked the memory on the 4GB card up to 8Gbps the performance jumped up and was almost as fast as what we saw on the 8GB card. 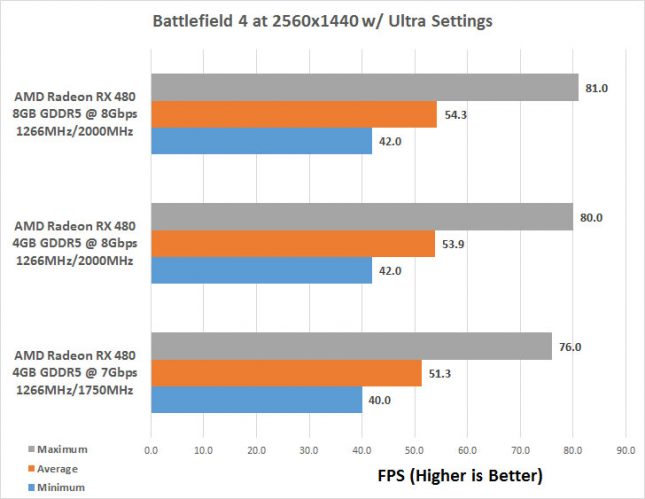 Benchmark Results: When scaling the resolution up to 2k (21601440) there was only a 3 FPS difference on average betwen the RX 480 8GB and RX 480 4GB, but that comes out to be a 5.8% performance gap from the memory reduction and slower clock frequencies. 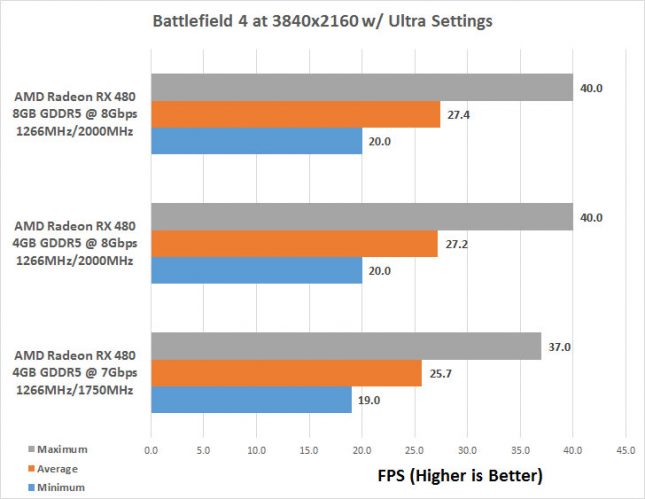 Benchmark Results: When it comes to 4k UHD gaming, the Radeon RX 480 8GB was found to be 6.6% faster than the Radeon RX 480 4GB. We were expecting a larger performance gap at 4K since the memory on the 4GB card was fully used, but there wasn’t.