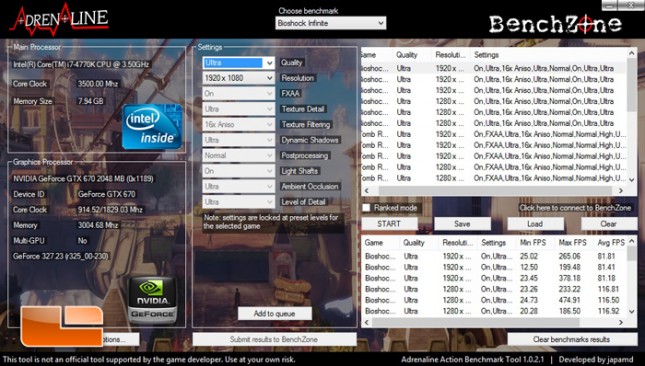 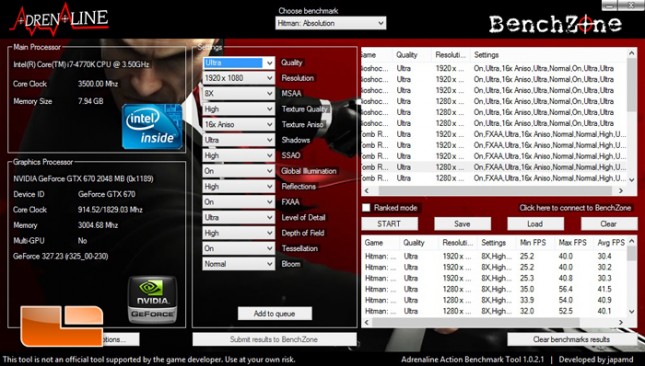 Hitman Absolution is a bit more demanding than Bioshock Infinite above. At 1920 x 1080 with the settings cranked up we were able to average 30.3 frames per second, at 1280 x 1024 our average improved to 40.8 frames per second. Obviously a little higher would be nice, but the game play was still smooth, lowering the image quality a bit would certainly increase the frame rate if you needed a bit higher fps. 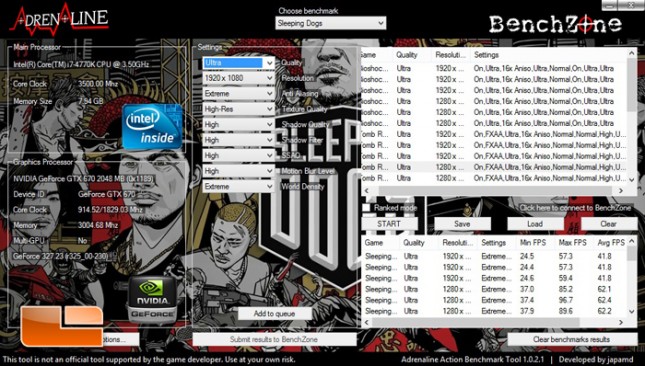 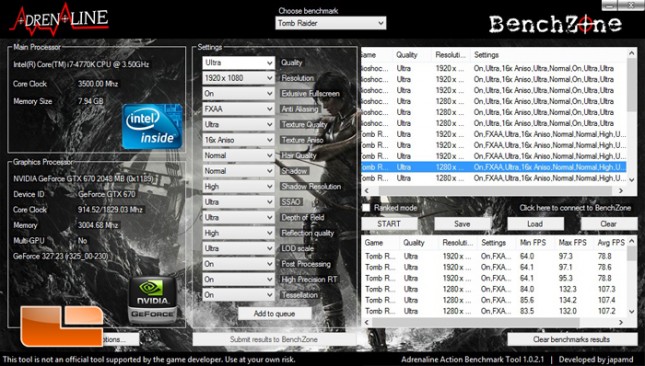