The software and Conclusion 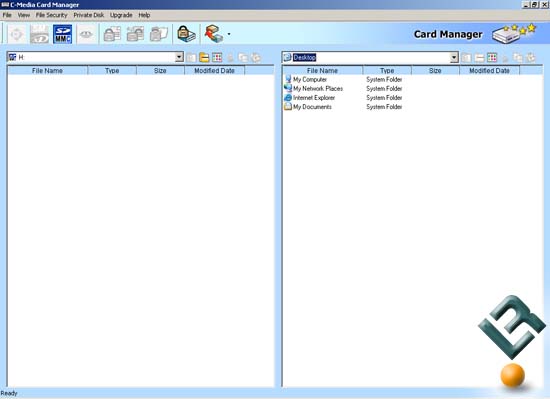 Installing the included software and drivers was simple and straight forward, drop the disc in and follow the prompts. The C-Media Card Manager software that comes with the FP-01 seems to be a waste at first, as it looks just like windows explorer with the PC file structure on the right and the card reader on the left, although it does have some extra tool bar icons across the top. The software is also what gives the Copy button on the front of the FP-01 its power of the Smart Copy feature. When you push the Copy button on the front of the FP-01 the Smart Copy feature will copy the contents of the flash card you just inserted to a desktop folder with the name of card type it was copied from. This could be nice for those in a hurry at a party, but I think most will stick old school transfer functions to get just what they need. 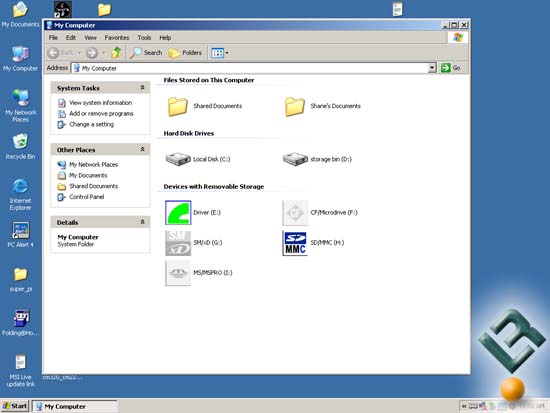 The nice thing about the software is that it replaces the stock drive label and image in windows explorer, so no more guessing which drive letter was for what format. 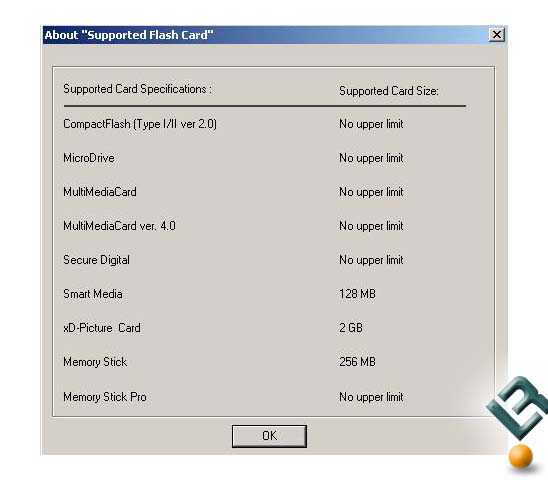 Speaking of formats, the card reader supports a wide rage of cards, as you can see in the above screen shot there is no upper limit to almost all the formats. With stock drivers read all the cards I could throw at it except the OCZ 4 GB SDHC card I had. There is an option in the tool bar to update drivers, so I gave it a shot. With the new drivers installed I tried the SDHC card again and presto it read the card just fine. So there is another big plus to the FP-01 it supports SDHC with just a driver update.

The AreoCool FP-01 Multifunction Panel is a handy little Swiss Army knife like 5.25″ bay device. The flip-out screen is a nice touch as it allows for features of a 2 bay device in a 1 bay slot; in the world of the ever shrinking PC ,this is a good thing. It is also good for when you move it, no worries as to whether or not you grab your case in the wrong spot and damage the screen.

One major plus to me is that it reads the high capacity SD cards. Very few card readers I have used here recently can read them, even with a driver update, so I was very happy to find out that with a simple driver update the card reader was able to read the newer SD cards. The fan control aspect of the AreoCool FP-01 was nice in its simplistic and straight forward operation. The RPMs of the fans I used were reported close enough to know that is was working the way it should. The things that can be made better are the included fan wire harnesses and the mounting points. The wire harness could use a change to either a grouped flat wire or some sleeving to help tidy things up. As for the mounting points, just make sure you look at the drive bay area of your case to make sure you can mount it correctly.

There are several multifunction panels on the market today in the $49.99 shipped price range and that is right where the FP-01 is priced at. None that I have looked at can be as stealthy as the FP-01 can be. Just walking by a computer with the FP-01 installed and the LCD closed one would think its a optical drive. Just seconds later the drive can convert to be flashy with the LCD open and lit up.

Legit Bottom Line: For $49.99 you can get a flashy, yet stealthy little Swiss Army knife like 5.25 bay multifunction panel that supports the newest high density SD card formats and is easy to use.