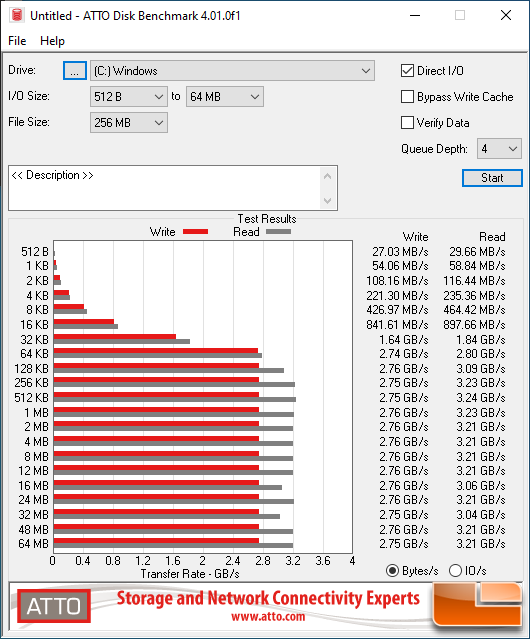 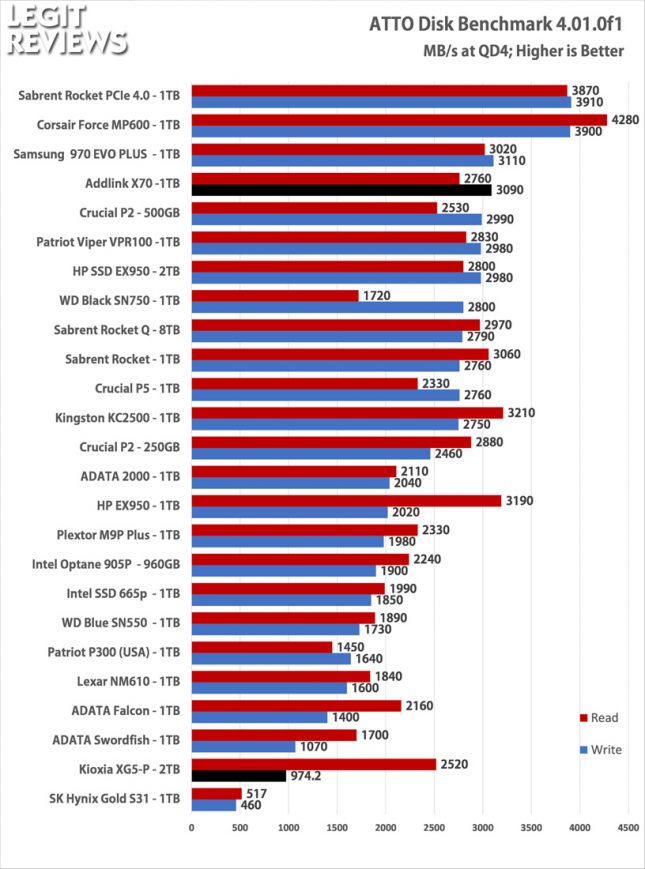 When we chart the 128KB test results from ATTO Disk Benchmark, the addlink X70 performs exceptionally well with 128KB chunks of data! 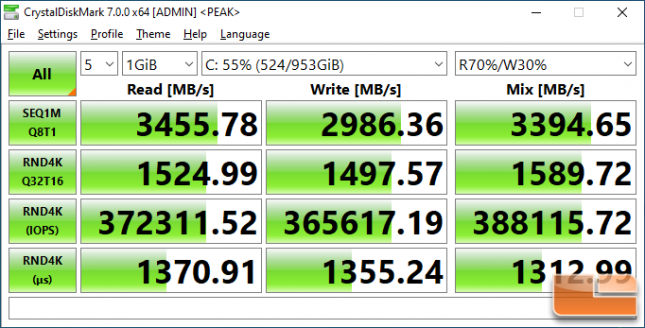 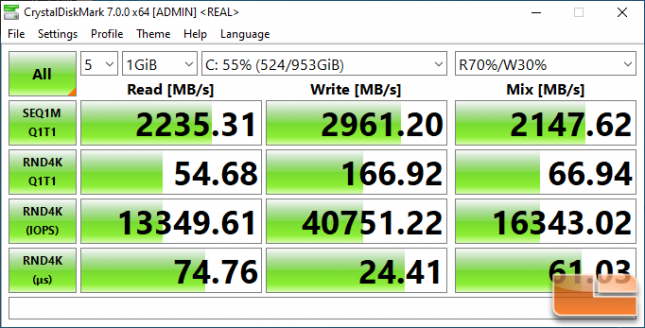 Benchmark Results: The Addlink X70 1TB drive came in with scores of 3455 MB/s read and 2986 MB/s write on CrystalDiskMark 7. This drive is rated as being up to 3400 MB/s read and 3000 MB/s write, so we are close enough to those speed ratings to be happy. Keep in mind that we aren’t testing a bare secondary drive, but rather a system drive that is filled 55% full!