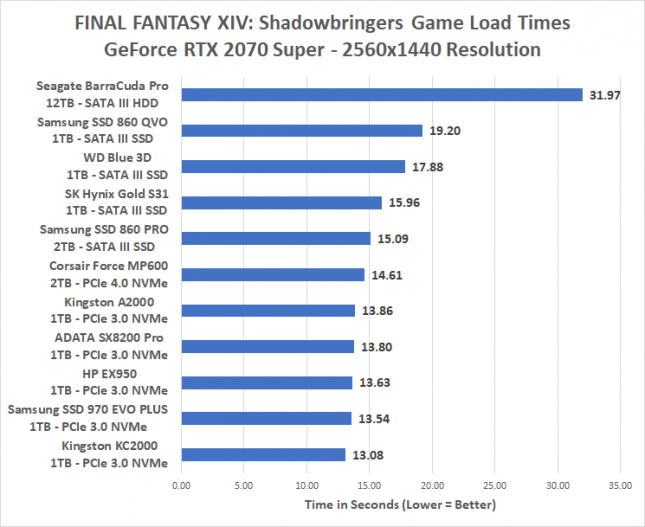 Benchmark Results: This is one of our favorite tests in our SSD test suite as far too many companies say they have a great gaming drive. As you can see from the chart above the game load time varies more than one might expect. A traditional hard drive loads the levels in just under 30 seconds whereas the slowest SATA III SSD loads them in under 20 seconds and the only M.2 NVMe drive on the PCIe interface finish in under 14 seconds. The ADATA SX8200 Pro 1TB drive loaded the levels in 13.80 and that is on par with the HP EX950 1TB drive that is based on the same controller and NAND Flash.