The ADATA XPG SX8200 Pro is not a newcomer to the SSD market as it has been available for almost exactly one year. We are taking a look at this series today since it happens to be one of the more popular drives on the market thanks to its price and performance. The ratings on this drive are sky high with peak s equential performance being up to 3.5GB/s Read and 3GB/s Write with Random 4K numbers reaching up to 390,000 IOPS. Pricing has fallen greatly over the past year as the ADATA XPG SX8200 Pro 1TB model that was once priced at over $200 can now be picked up for $127.99 shipped at Amazon. It is also backed by a 5-year warranty and the 1TB model has an endurance rating of 640 TeraBytes Written (TBW). At under $0.13 per GB we can see how this model is appealing.

We should point out that the the performance of the ADATA XPG SX8200 Pro drive depend on what capacity that you get. The SX8200 Pro is available in 256GB, 512GB and 1TB models. ADATA uses CrystalDiskMark to get their peak Sequential Read/Write speeds. All three capacities are capable of 3500 MB/s sequential read speed rating, but the only the 1TB model is capable of 3000 MB/s write speeds. The smaller 256GB and 512GB drives have significantly lower sequential wrote speeds and you can see that the Random 4K performance is lower on the 256GB drive versus the 512GB and 1TB models.

When it comes to endurance ratings, ADATA went with 160 TBW for every 256GB of 3D TLC NAND Flash, so you are looking at 160 TBW on the 256GB drive, 320 TBW for the 512GB model and 640 TBW on the largest 1TB SSD. That comes out to being 0.34 Drive Writes Per Day (DWPD) over the drives 5-year warranty period. This is great as it is way more writes than most people will do and a 5-year warranty on an SSD is about as good as it gets. 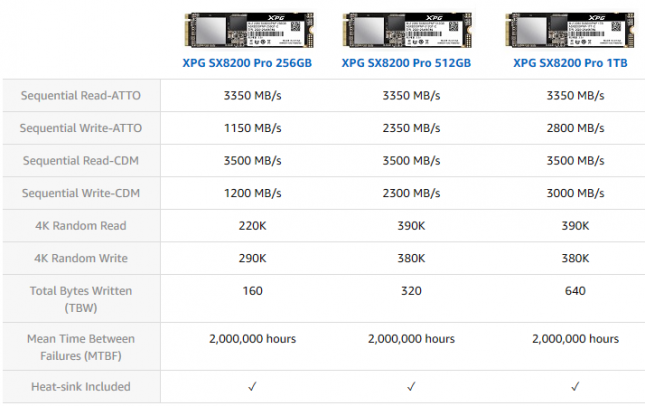 The drive that ADATA sent over for review is the SX8200 Pro 1TB that is sold under part number ASX8200PNP-1TT-C. This is the fastest of the bunch and not a big shock that this is the model that was sampled. At first glance it looks like nearly all other M.2 NVMe drives on the market with a black PCB and mostly all black components. 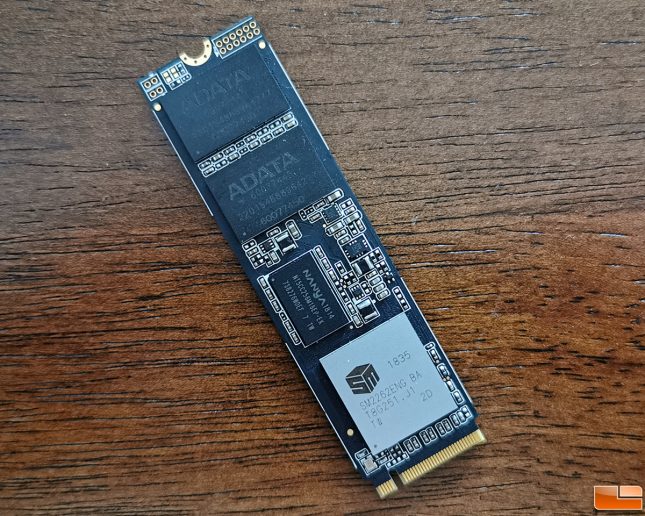 With the drive flipped over you can see this is a doubled sided M.2 2280 model. That means it should fit in most desktop PC builds without issue, but it will not work on all notebook applications that only support thinner single-sided drives. 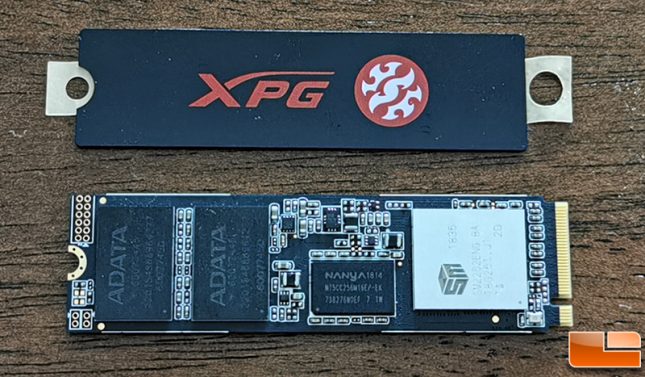 Inside the retail box, ADATA also includes an optional matte-black-and-red heat spreader to add some visual bling to your PC build. It comes with thermal tape already applied, so it is ready to be peeled off and stuck on the drive. 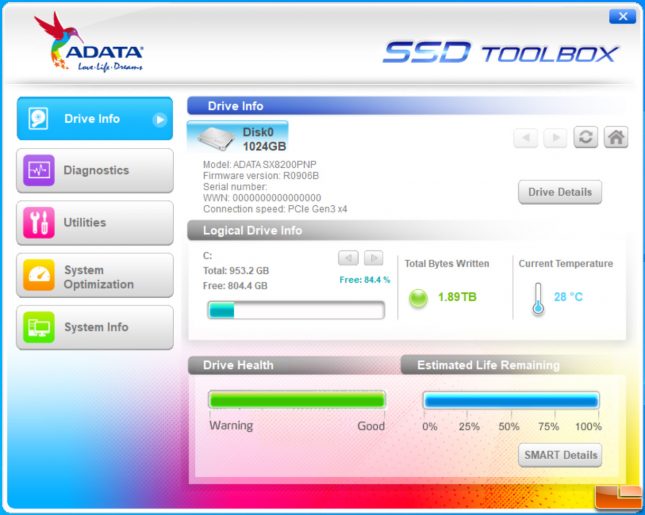 You can also download and run the free ADATA SSD ToolBox if you’d like to do so. This application lets you update firmware, securely erase the drive, force the TRIM service to operate, run diagnostics, and more. The look of the GUI isn’t anything to write home about, but it is functional and is a good source of drive information.

On the next page we’ll take a look at the test system and then move along and see how this 1-year old drive performs today.