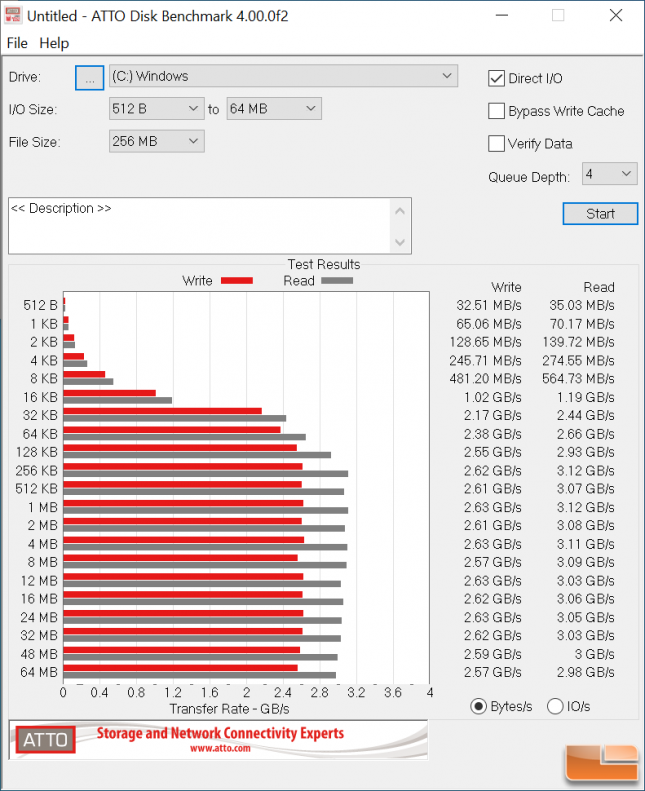 Benchmark Results: ATTO Disk Benchmark showed the ADATA SX8200 Pro 1TB SSD reaching speeds of up to 3.12 GB/s read and 2.63 GB/s write at a Queue Depth of 4. This is slightly below the drives rated sequential read/write speeds of 3500/3000 MB/s. 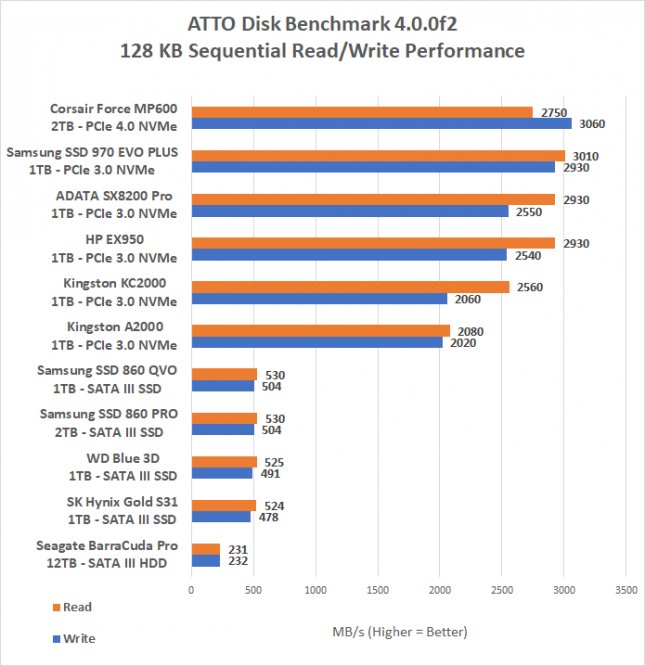 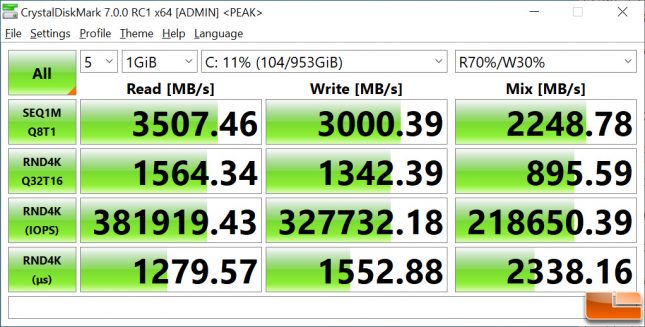 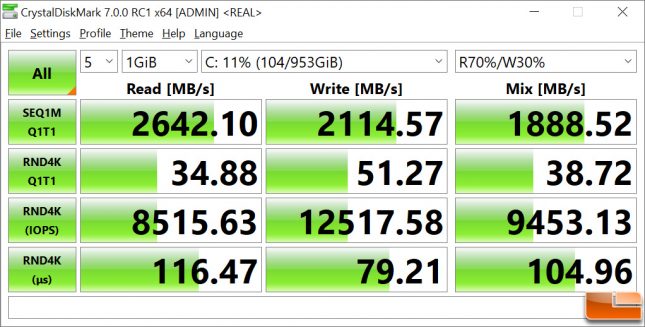