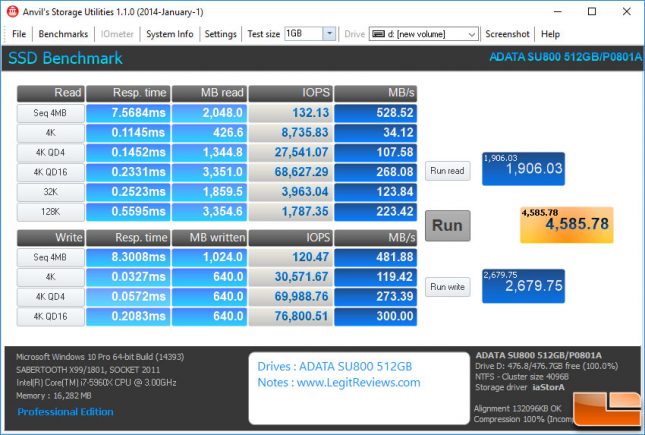 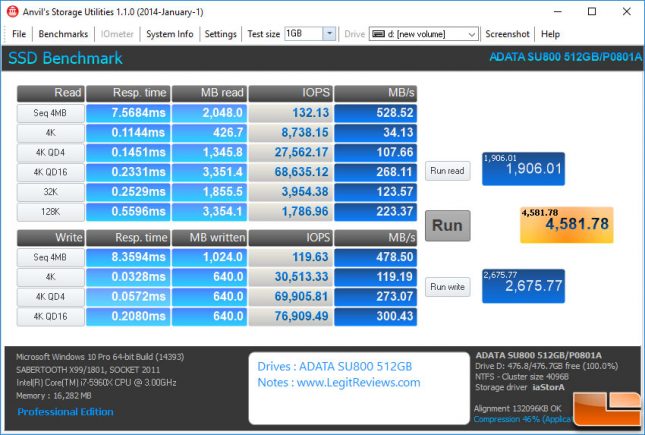 Benchmark Results: With the compression at 46% to help mimic real world applications better we found the overall score dropped by just four points and that is well within the margin of error for a general run. 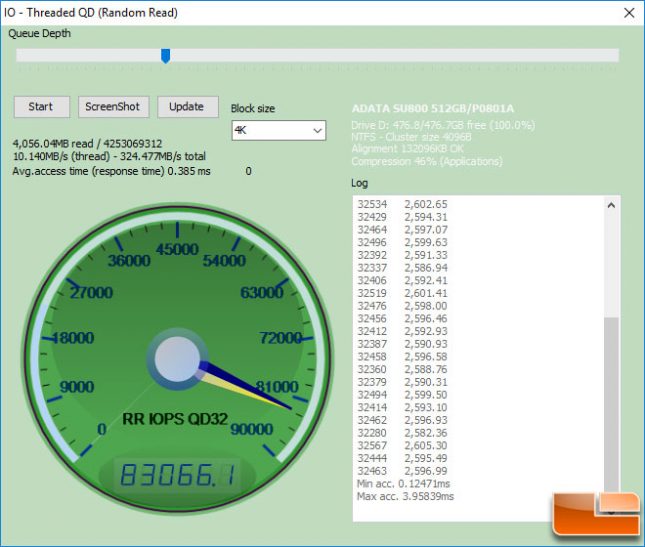 Benchmark Results: We used Anvil to check the 4K QD32 Random Read performance and found we were getting just over 83,000 IOPS and that is close to the drives rated 85,000 IOPS. 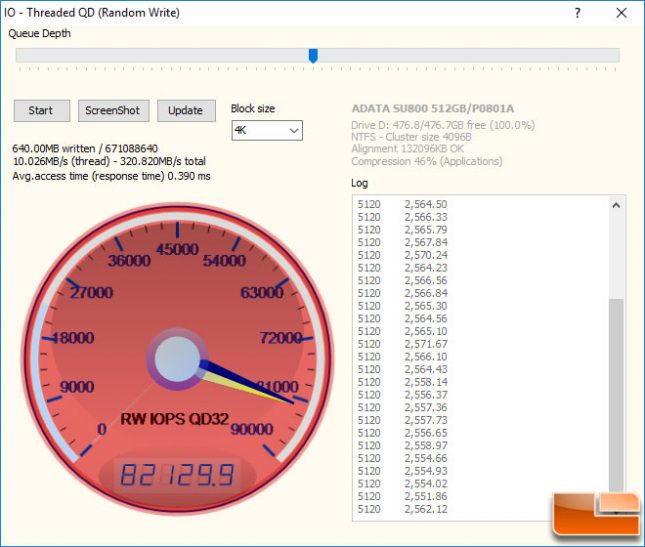 Benchmark Results: When it came to 4K QD32 Random Write performance we found that the SU800 512GB drive was capable of just over 82,000 IOPS. Again, not too far off the 85,000 IOPS we were told that we should be able to get.