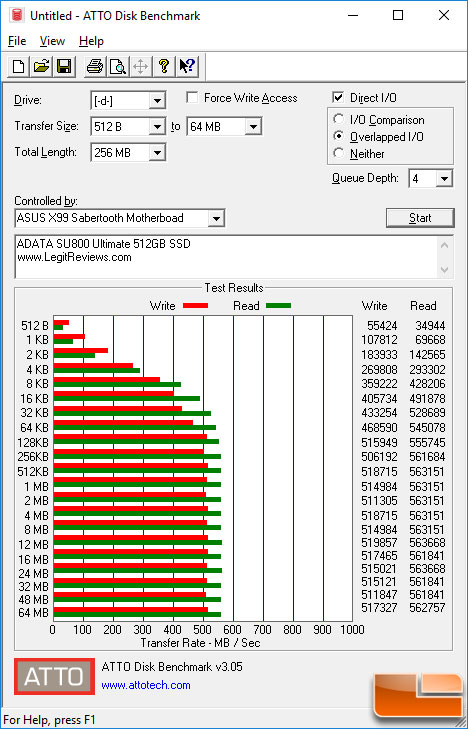 Benchmark Results: ATTO showed the ADATA SU800 Ultimate 512GB SSD topped out at 564 MB/s read and 519MB/s write in the standard overlapped I/O benchmark. ADATA rates this particular model at up to 560 MB/s read and 520 MB/s write, so we are close to the rated speeds.