The first workload that we will be showing is a trace that uses Microsoft Visual Studio to compile a build of Mozilla Firefox browser. The ADATA Ultimate SU750 1TB does really well with this workload! 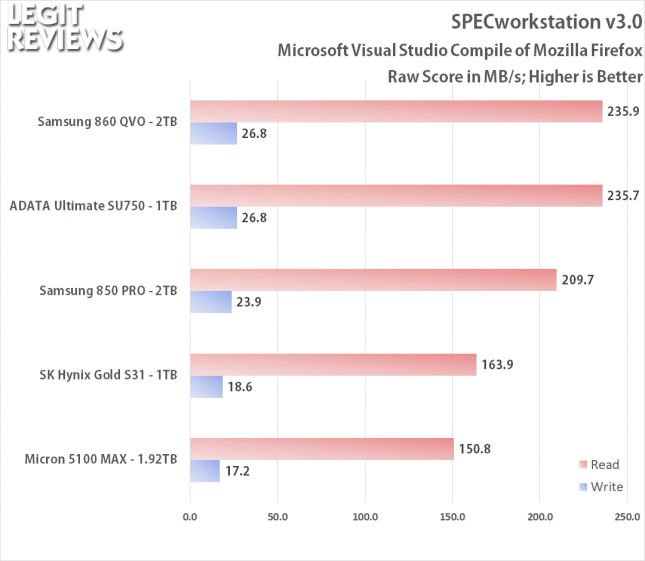 The next trace involves a Handbrake transcode and the ADATA Ultimate SU750 1TB didn’t do as hot on this workload as you can see from the results below. 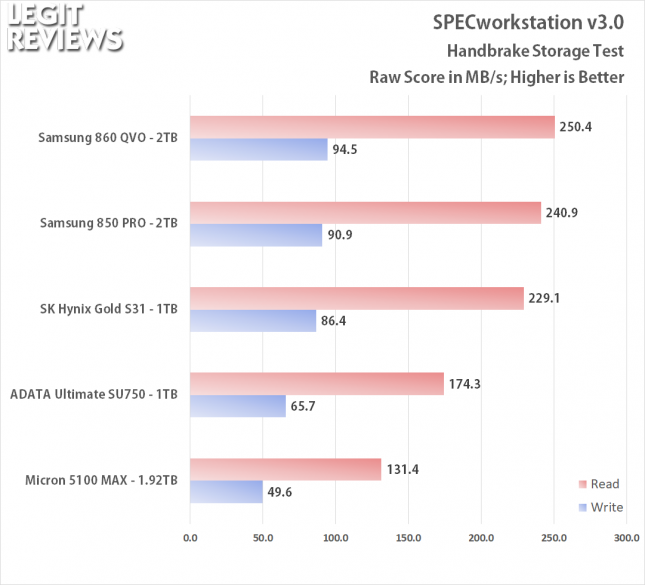 In the 7zip workload the ADATA Ultimate SU750 1TB again struggled a bit and was the second slowest of the group of SATA III SSDs tested. 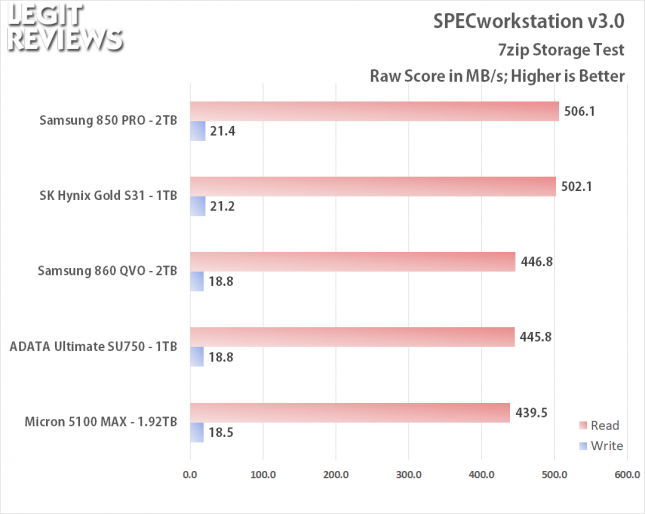