The ADATA Ultimate SU750 is an entry-level SATA III SSD that features a DRAM-less design. Our performance testing on an AMD X570 platform showed that the SU750 1TB drive as being just that. The SU750 drive overall delivers mediocre performance as the Realtek RTS5733 controller with its 2-channel design can only do so much. 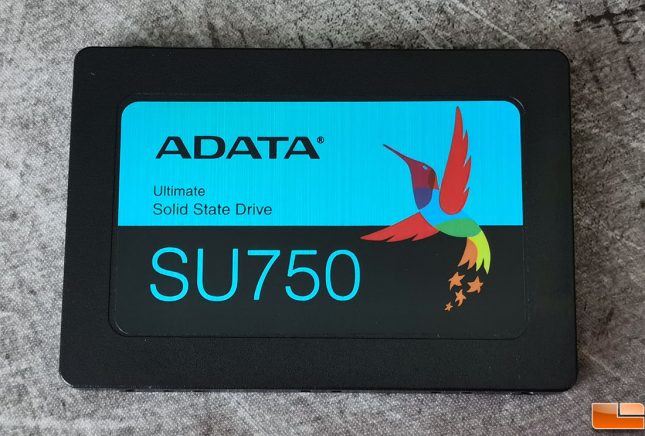 Pricing on entry-level drives is what drives sales and makes them interesting. SSD pricing has increased in recent months due to a variety of reasons, so if you haven’t looked for drives in recently you might be in for a shock. Right now the SU750 512GB drive is $59.99 shipped and the SU750 1TB runs $114.99 shipped. A few months ago you could have found the SU750 1TB drive in the $88 to $95 price range.

The problem with the ADATA Ultimate SU750 series is that the price difference for a SATA III SSD with and without DRAM cache is pretty minor these days. For example, take a look at the WD Blue 3D 1TB and the Crucial MX500 1TB. Both have DRAM cache and feature a longer 5-year warranty for $118.51 shipped and $119.26 shipped, respectively. Less than $5 separates the lower-end models from the mainstream models. We’d honestly suggest spending a few more bucks and getting a drive with a DRAM cache and a longer warranty.

There is nothing wrong with the SU750 and if it was priced $20 less than the mainstream drives it would make for a good value SSD.