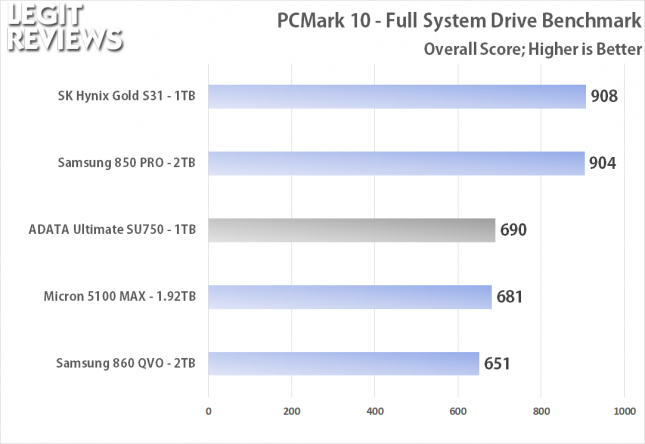 On the full system drive benchmark the results show the ADATA Ultimate SU750 1TB had an overall score of 690 points. This puts it ahead of the Samsung SSD 860 QVO TB drive by about 40 points. 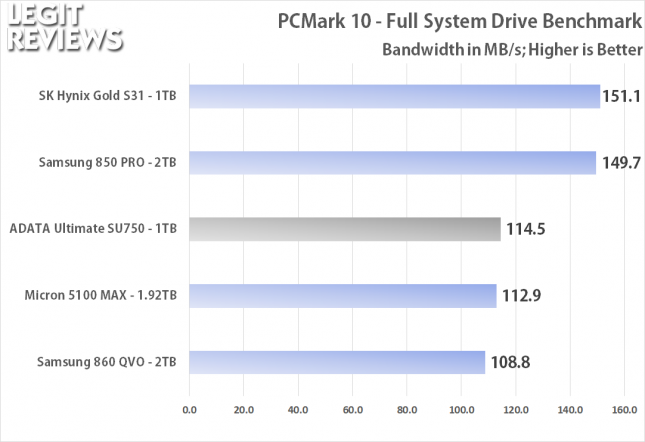 The PCMark 10 Storage Benchmarks overall score is calculated from the bandwidth and average access time sub-scores. The bandwidth subtest is defined by UL in PCMark 10 as bandwidth = bytes / busy_time_for_read_and_write. Here the ADATA Ultimate SU750 1TB drive finishes at 114.5 MB/s. 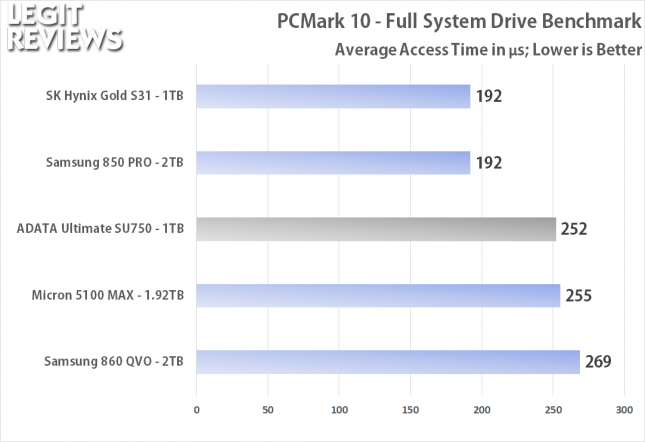