The first workload that we will be showing is a trace that uses Microsoft Visual Studio to compile a build of Mozilla Firefox browser. The ADATA Swordfish 1TB NVMe SSD finished this workload with a read speed of 588.3 MB/s. 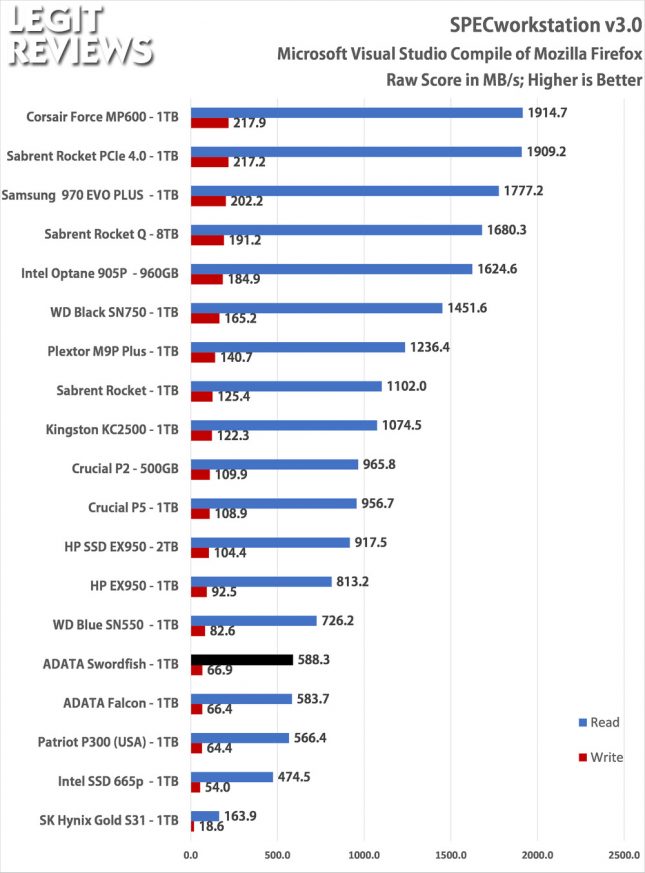 The next trace involves a Handbrake transcode and the ADATA Swordfish 1TB M.2 NVMe SSD finished with 462.8 MB/s read and 174.6 MB/s write speeds. This placed the drive in the middle of the performance chart for one of the only times in this review as the controller and firmware does really well with this workload trace. 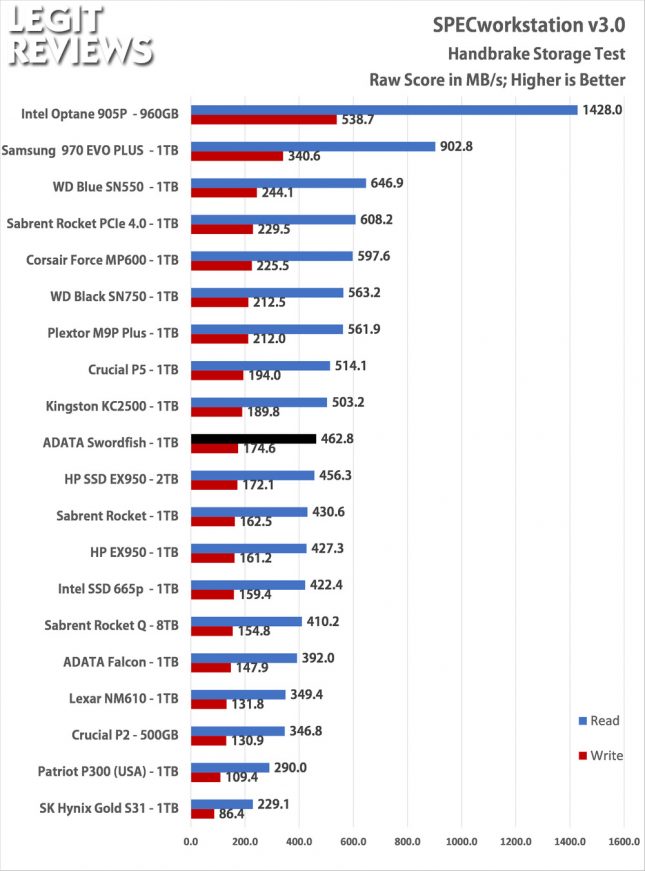 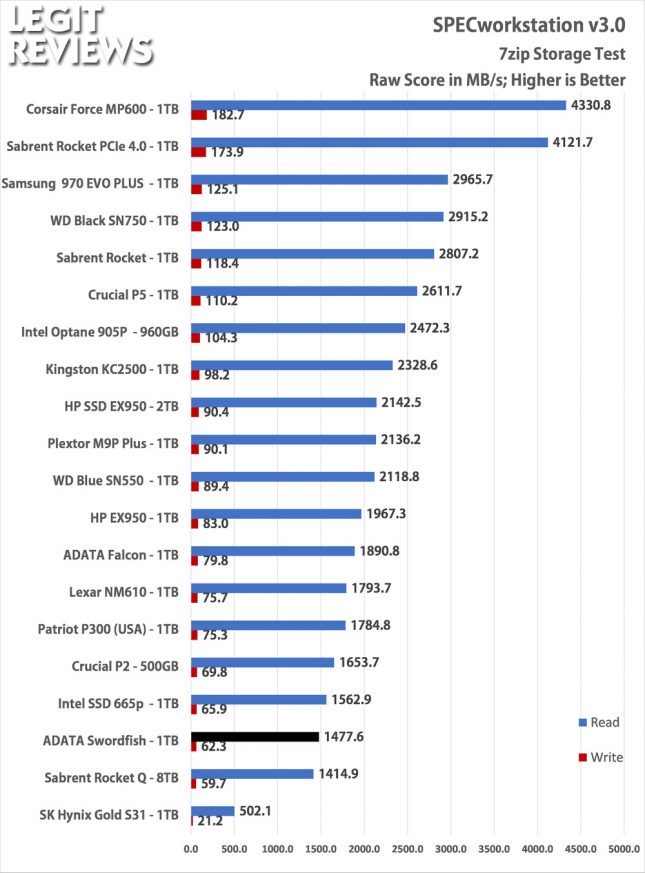