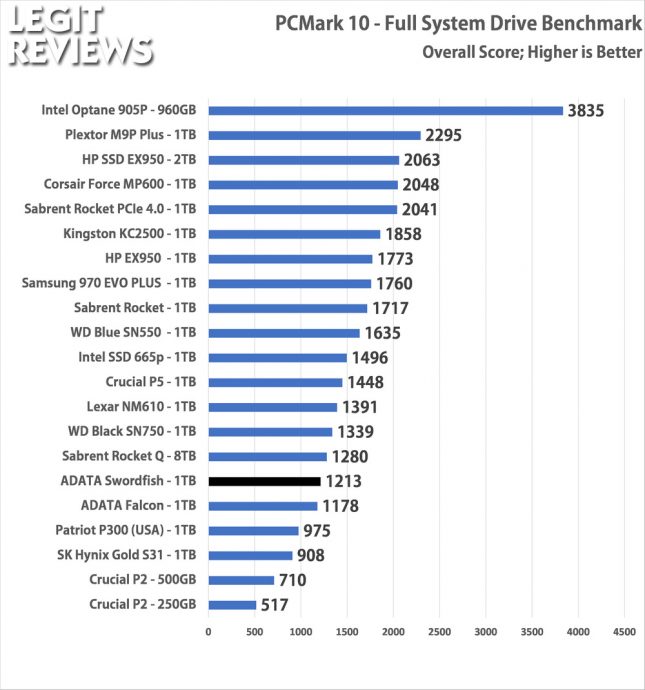 On the full system drive benchmark the results had the ADATA Swordfish 1TB NVMe SSD finishing with an overall score of 1,213 points. This actually put it ahead of the slightly more expensive ADATA Falcon 1TB SSD and other DRAM-less NVMe SSDs like the Crucial P2 and Patriot P300. 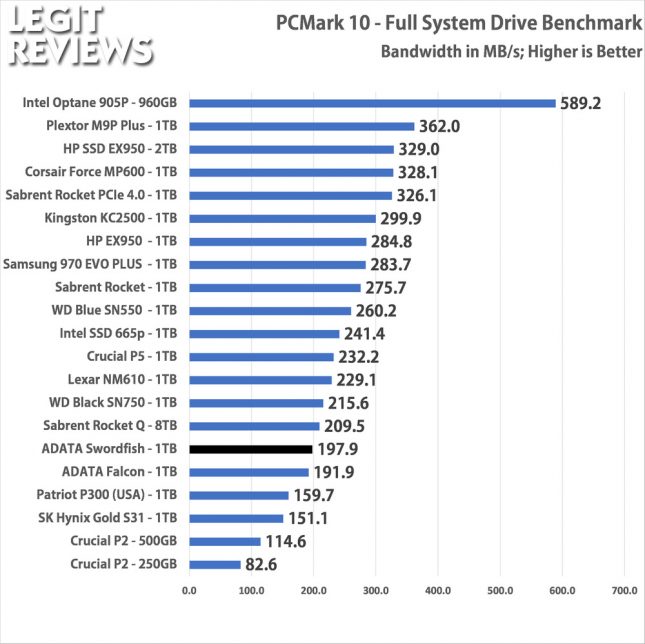 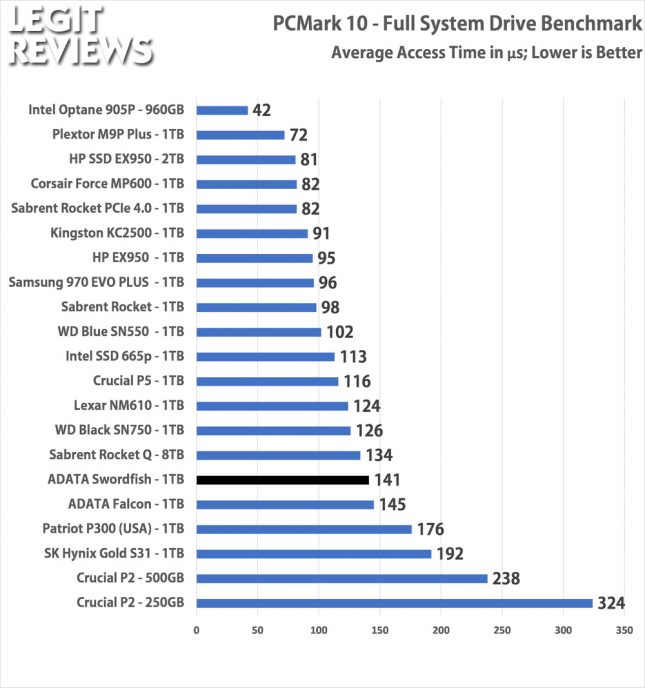 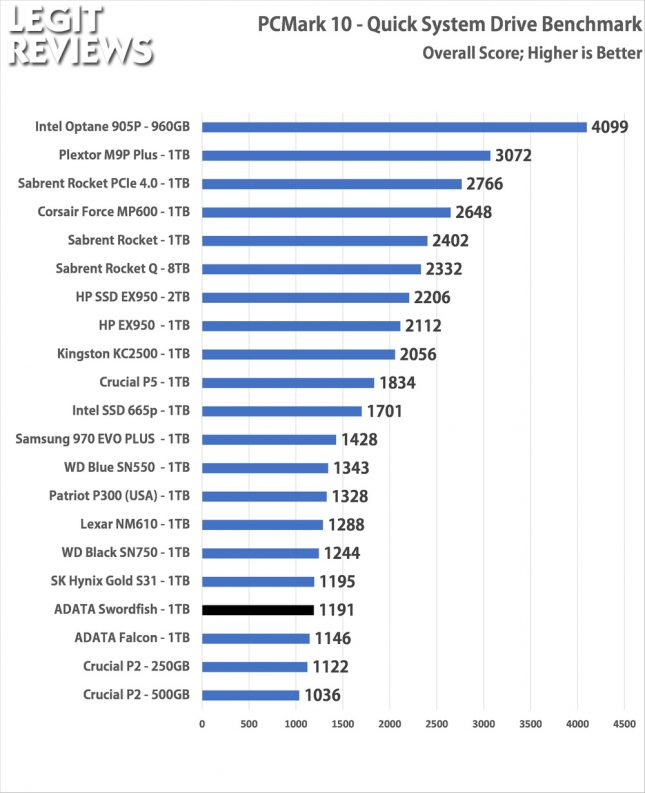 On this lighter workload the ADATA Swordfish 1TB capacity drive came in with an overall score of 1,191 points. This puts it just behind the only SATA III drive in the chart, the SK Hynix Gold S31, but only by 4 points. 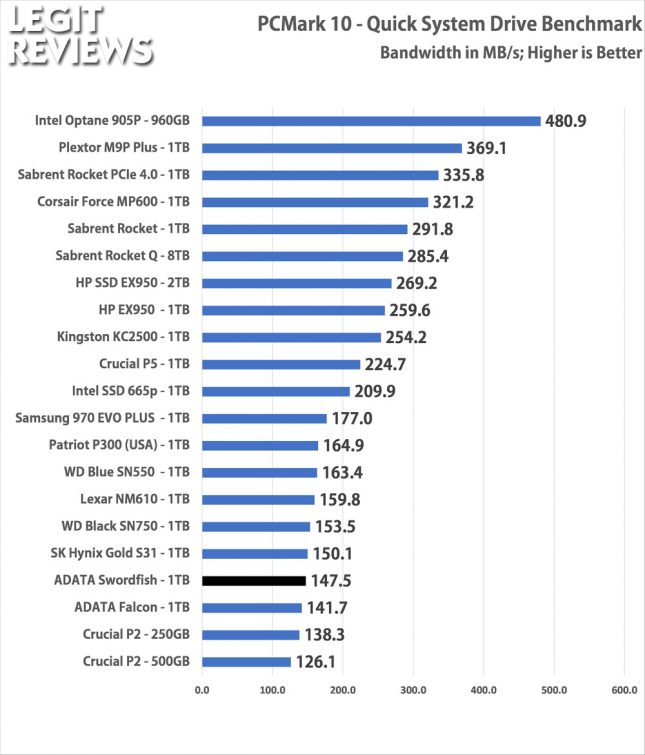 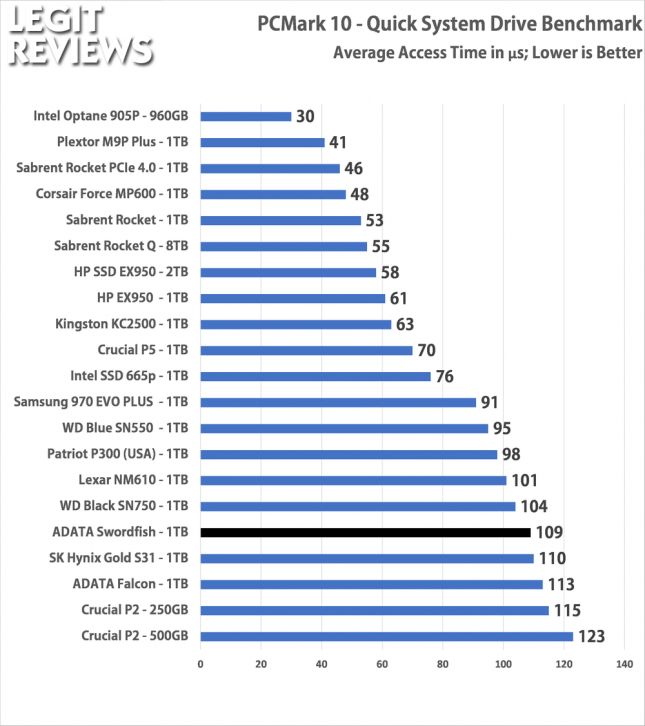 The average access time on the ADATA Swordfish 1TB SSD was 109 microseconds on the quick system drive benchmark workload.