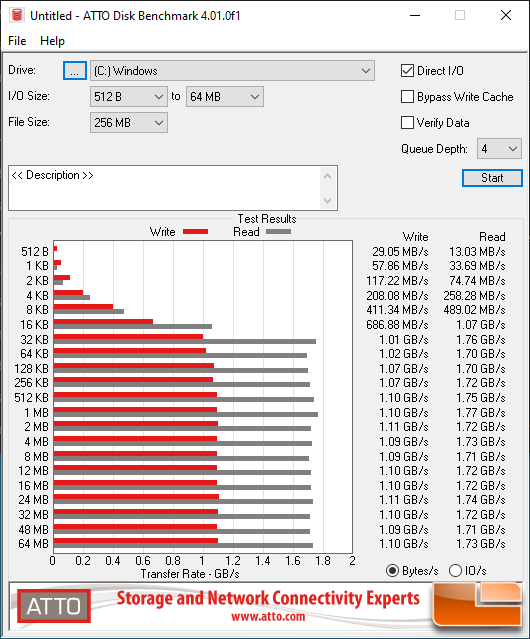 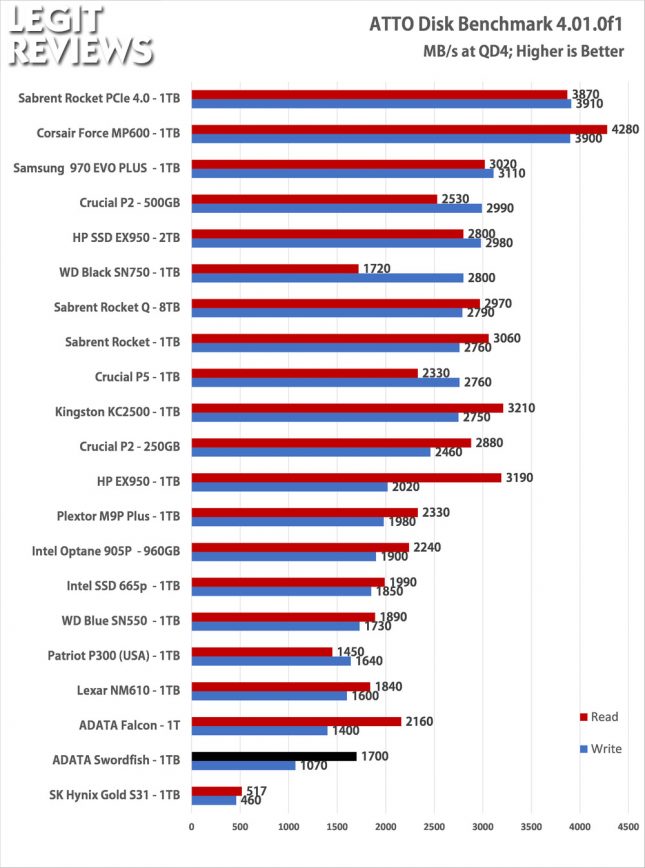 These results put the ADATA Swordfish 1TB SSD behind all the other NVMe SSDs benchmarked on the AMD Ryzen X570 test system running the AMD Ryzen 5 3600X processor. 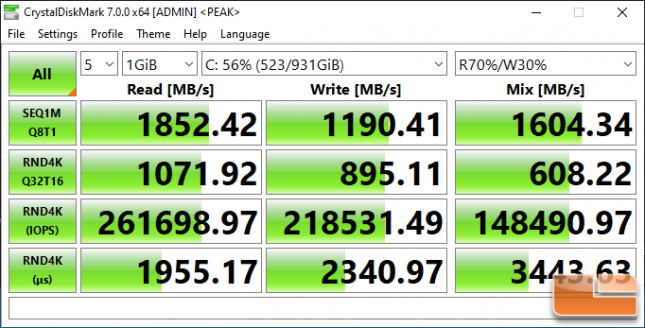 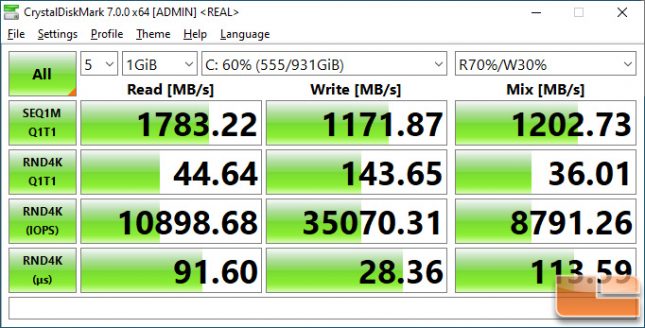