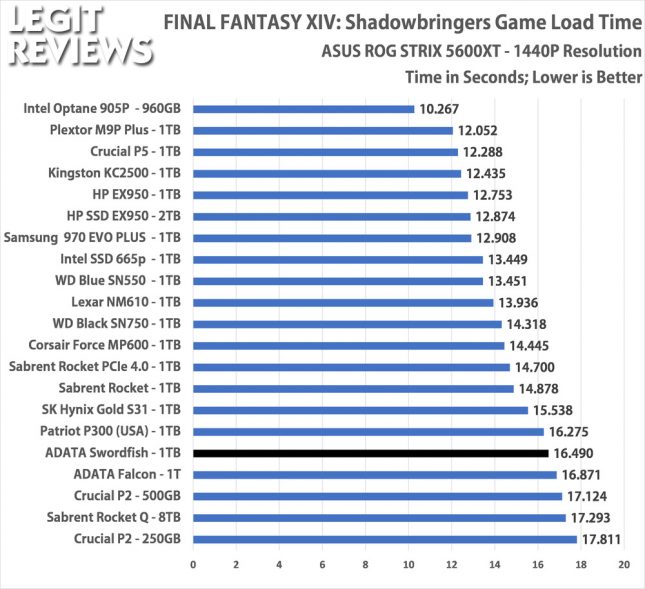 Benchmark Results: The ADATA Swordfish is a low-cost drive, so some gamers might be thinking about picking this drive up as a secondary drive to store games and files on. The Swordfish 1TB drive finished this benchmark with a level load time of 16.49 seconds, which is a touch on the slower side.