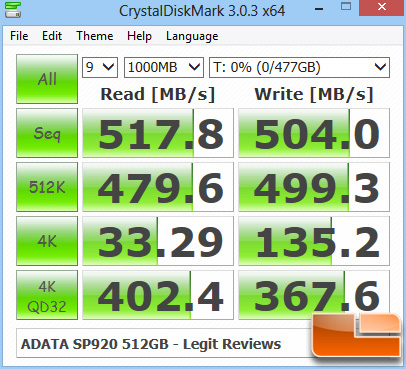 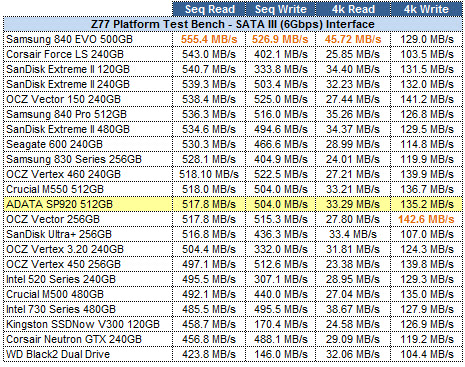 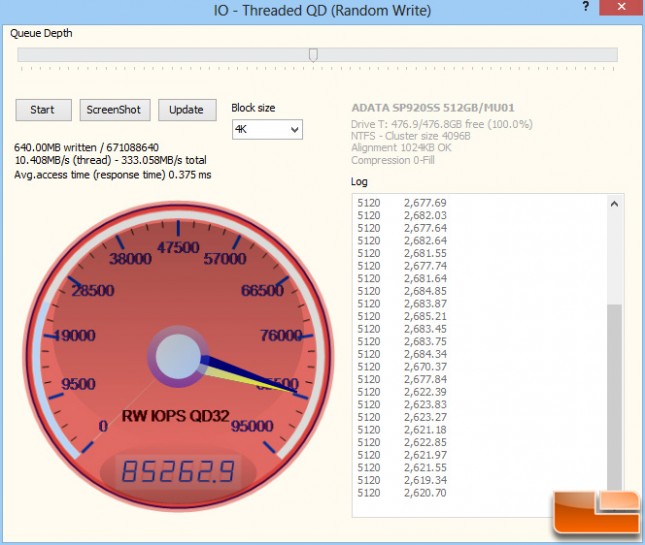 Benchmark Results: IOPS performance is very solid as well with read and write marks coming out relatively close to each other which is indicative of very good all around performance. 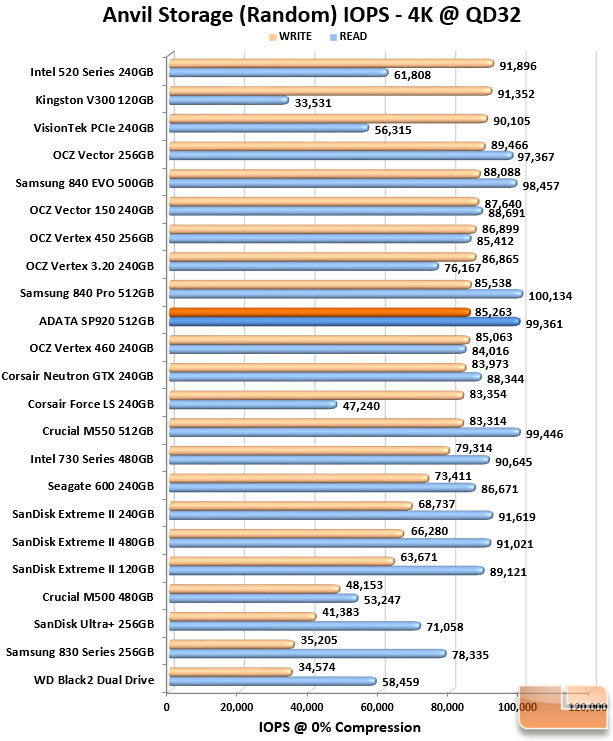