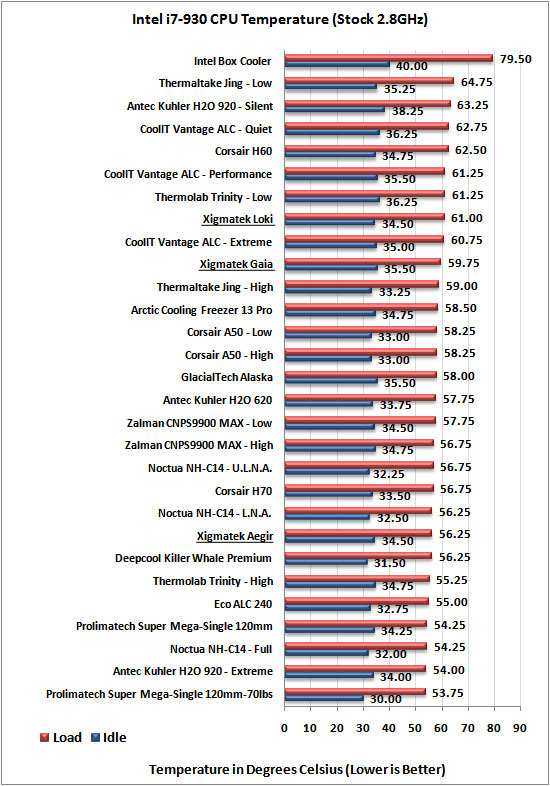 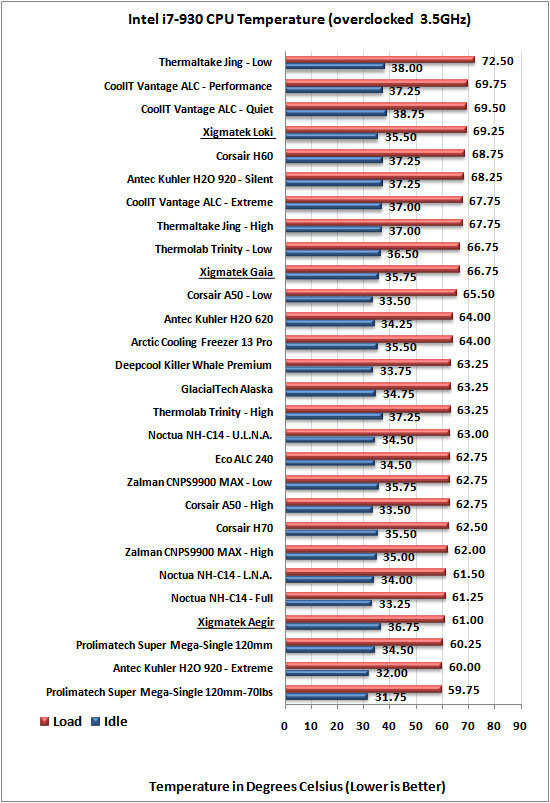 Pushing the system up with a mild overclock to 3.5GHz the gap between the Loki and Gaia increased. The Loki comes in at 69.25*C, close to the performance we got with the Corsair H60 and CoolIT Vantage ALC water cooling kits in their “quiet” modes. The Gaia comes in at 66.75*C, coming on par with the recently tested Thermolab Trinity on low. The Aegir came in third place overall at 61*C, on par with the Noctua NH-C14 low profile cooler. 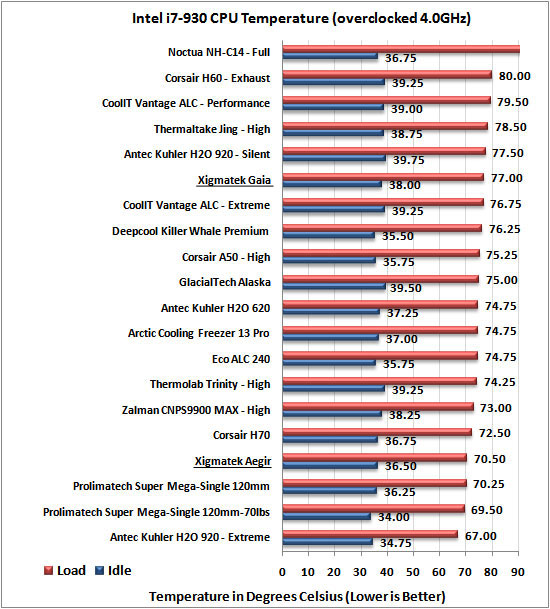 With the Loki pushing 70*C at 3.5GHz I didn’t think it would handle 4.0GHz. I did test the Gaia and Aegir. The Gaia comes in at 77*C in between two water coolers, the Antec Kuhler H2O 920 in “silent” mode and the CoolIT Vantage ALC on Extreme. The Gaia was slightly louder than the Antec, but quieter than the CoolIT. The Aegir is still at the top of the list coming in at 70.25*C beating the Corsair H70, and only slightly behind the Prolimatek Super Mega; and the Aegir did it quieter.