The great GPU shortage and high cryptocurrency prices have this model trending at $972.24 on eBay. We like to torture you and ourselves by reviewing graphics cards that you can’t buy! It would be tough to suggest buying anything from scalpers, but it is extremely tough to find any graphics card in stock at ‘normal’ prices. 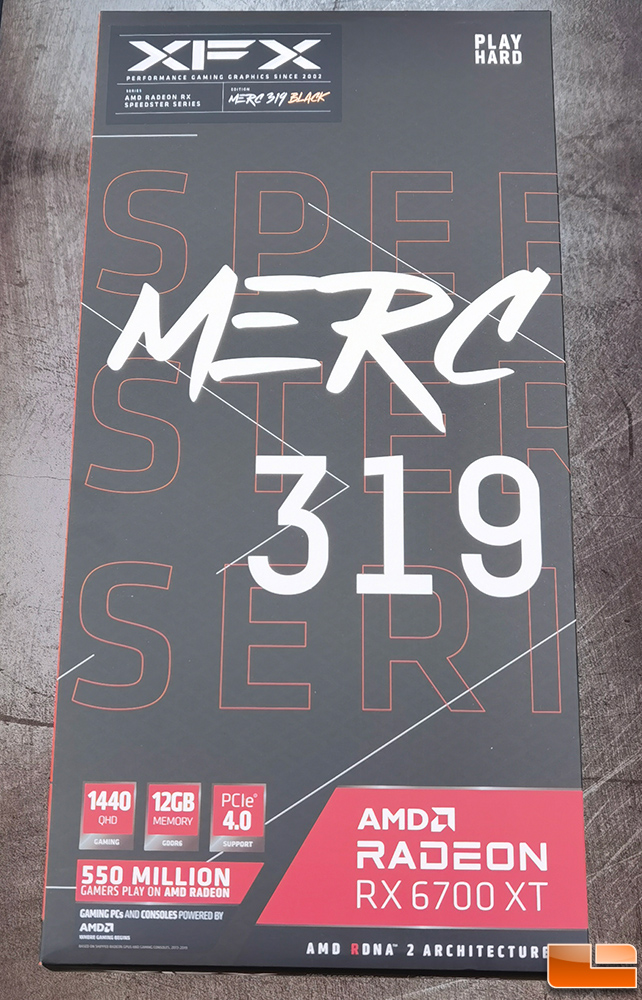 The retail box for this model is similar to the other MERC models that we’ve seen in the AMD Radeon RX 6000 series. The part number on this card is RX-67XTYTBDP.

XFX went with a triple axial fan design for the MERC 319 series card. The center fan is a 100mm 13-blade model and the two outer fans are smaller 90mm 13-blade models. Despite have three pretty good sized fans, you don’t have to worry about fan noise. These XFX fans are Zero DB models that don’t run when the system is at idle and only ramp up when the GPU temperature gets to a certain point.

Looking down at the top of the MERC 319 Radeon RX 6700 XT video card we can see that it has two 8-pin power connectors along the top edge of the PCB. XFX recommends a 750W or larger power supply, but the minimum power supply requirement is 650 Watts.

This model comes with a full coverage backplate with a huge pass through vent near the end of the card. Passthrough airflow design is a big trend that recently started and shows no sign of letting up. XFX is using thermal pads on both sides of the card. These are primarily placed on the 12GB of GDDR6 memory and VRM to ensure the highest level of cooling performance. 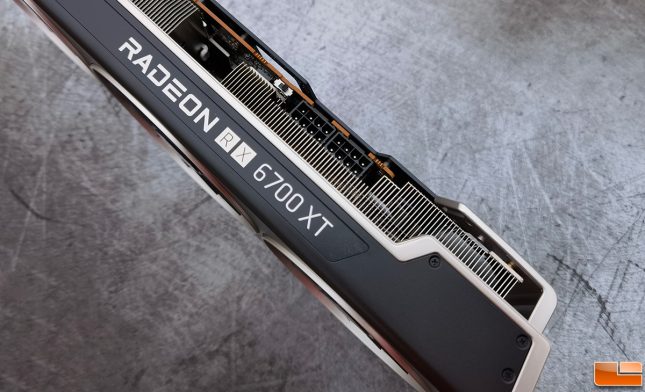 XFX is using dual BIOS chips on this model, which is nice in the event that one ever fails. The secondary BIOS is a life saver if the primary ever has a failed BIOS update or stops working properly. There is no difference between the BIOS profiles. The BIOS switch can be seen in the image above just to the left of the dual 8-pin power connectors.

Along the bottom edge of the card you can see all the heatsinks being used to keep the NAVI 22 with AMD RDNA 2 architecture nice and cool.

When it comes to display connectors you have one HDMI 2.1 and three DisplayPort 1.4. This seems to be the standard set of connectors for most Radeon RX 6700 XT models. The XFX logo on the I/O bracket looks nice and adds some flare if others can see it. 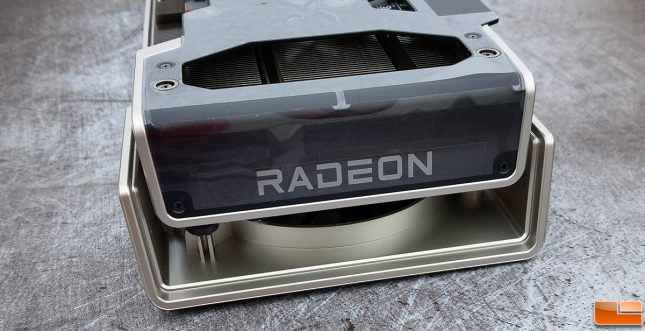 The MERC319 is a gorgeous card that has an aggressive-looking design and that is hard to pull off.

Now that we have the basics covered we can dive into testing and see how it performs!