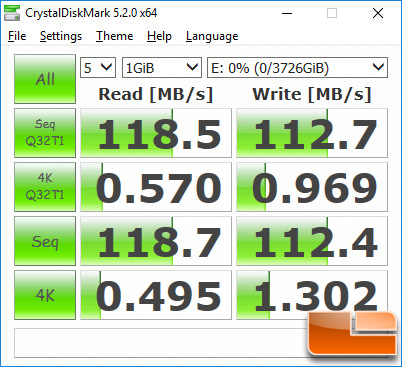 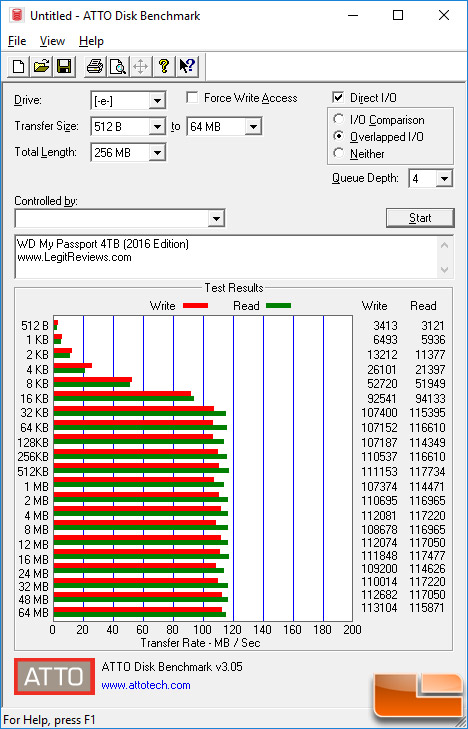 ATTO Disk Benchmark showed that we were getting up to 118 MB/s read and 113 MB/s write speeds as well, so it looks like the WD My Passport 4TB portable drive has some solid performance numbers. 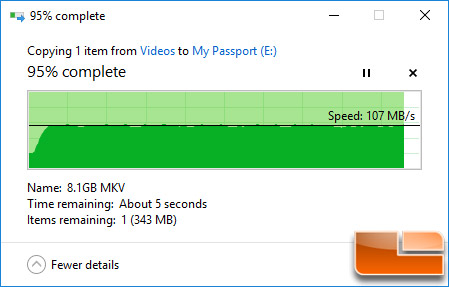 We wanted to do some real world file transfers, so we copied over an 8.1GB MKV Full-HD movie and found that we were getting around 104-110 MB/s on average. Solid performance, but as you can see sustained performance is a bit lower than the peak numbers shown in the ATTO and CrystalDiskMark benchmarks shown above. 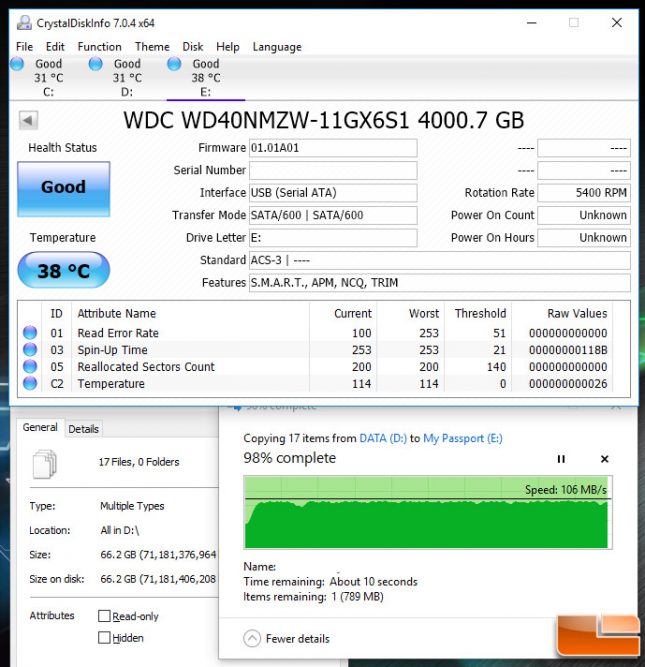 The last test we ran was to take 17 MKV full length 1080P movies that we had on a secondary data drive and move them all to the WD My Passport 4TB drive. These movies added up to just over 66GB and we found that it took us just 10 minutes and 50 seconds to move them all over and that averages out to being about 105 MB/s. Most importantly the write performance was high and pretty flat for the entire file transfer. Temperatures went from 30C at idle up to 38C on the My Passport 4TB, but that is respectable after writing nearly 70GB of data.