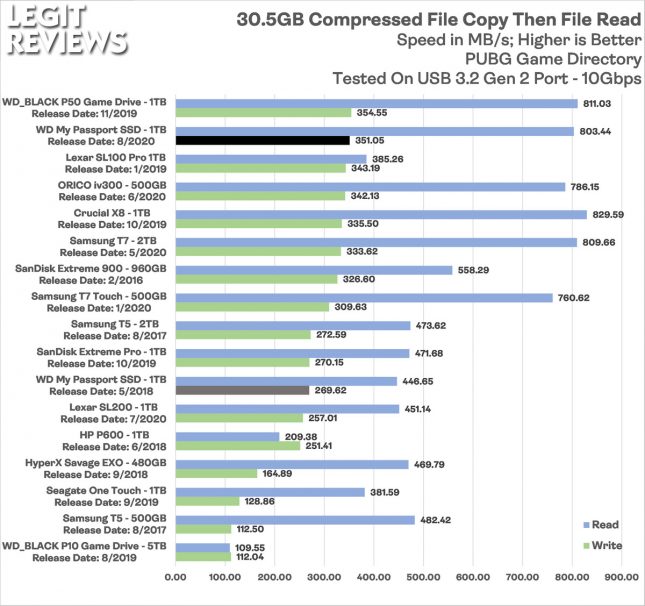 Benchmark Results: The WD My Passport SSD 1TB portable drive finished this custom real-world file transfer test with a write speed 351 MB/s and that puts it in second place behind only the WD_Black P50 Game Drive. When it comes to read speeds it managed to read the compressed game folder at 803.44 MB/s and that is good enough for a 4th place finish just behind the Samsung T7 2TB portable SSD. 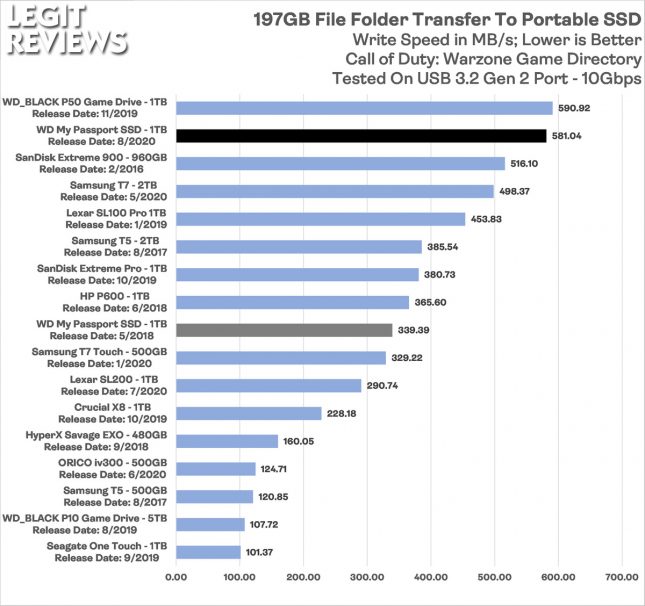 Our hardest test is to copy the entire the Call of Duty: Warzone game directory and then move it to the portable SSD. This file is just shy of 200GB in size and really hammers the portable SSD being tested as it is one long sustained write operation. The WD My Passport SSD (2020) 1TB portable drive finished the transfer with an average speed of 581 MB/s, which is over 71% faster than the WD My Passport SSD from 2018. Moving from a SATA to NVMe technology inside the My Passport SSD is clearly a game changer and the new WD My Passport for 2020 is without a doubt one of the fastest drives on the market today. 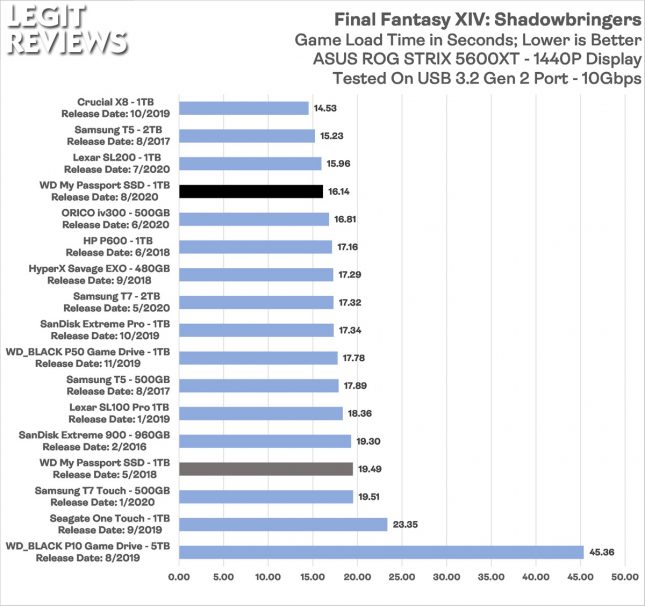 Benchmark Results: Game load times are important to many as you can use a portable SSD as a game drive to store and even launch some of your game library. The WD My Passport 1TB from 2018 averaged 19.49 seconds on this game load time test and the new WD My Passport 1TB from 2020 completed the same exact benchmark at 16.14 seconds. So, you are looking at about a 20% improvement in game load times on this particular title. Western Digital went from being the fourth slowest with the model from 2018 to being the fourth fastest with the new 2020 model! That it not easy as we have 16 different portable SSDs that have been tested from companies like Samsung, Seagate, SanDisk, Lexar, Crucial (Micron), HyperX (Kingston) and ORICO.