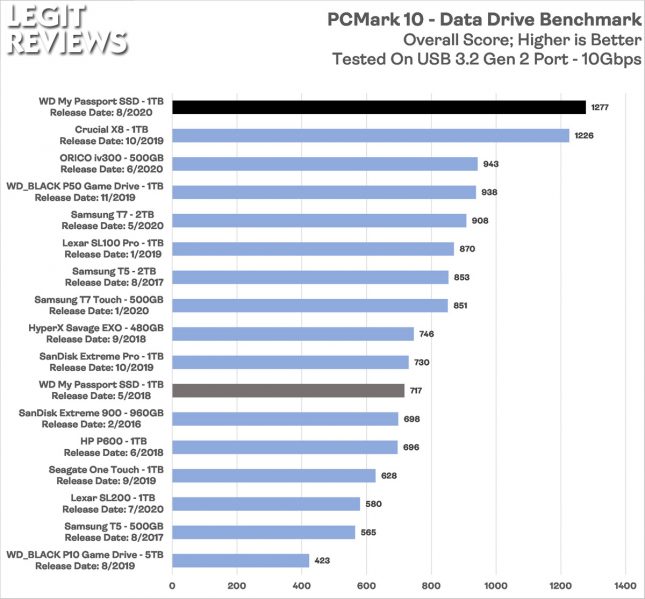 On the PCMark 10 data drive benchmark the WD My Passport SSD (2020) 1TB portable SSD finished with an overall score of 1277 points, which is a new record for this AMD X570 platform powered by the AMD Ryzen 5 3600X processor running at stock speeds. This is a very impressive final score and we finally found a drive that is able to compete with the Crucial X8 1TB drive on PCMark 10! 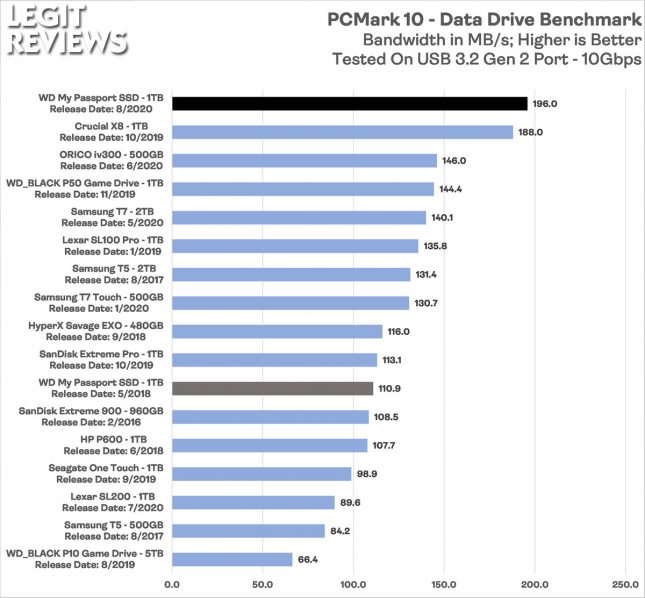 The PCMark 10 Storage Benchmarks overall score is calculated from the bandwidth and average access time sub-scores. The bandwidth subtest is defined by UL in PCMark 10 as bandwidth = bytes / busy_time_for_read_and_write. The results here showed that the WD My Passport 1TB portable SSD averaged 196.0 MB/s during this trace test, which is nearly 77% faster than the WD My Passport SSD from 2018. A very significant speed improvement over two years that was fueled by the move to an NVMe based SSD and bridge chip inside the drive. 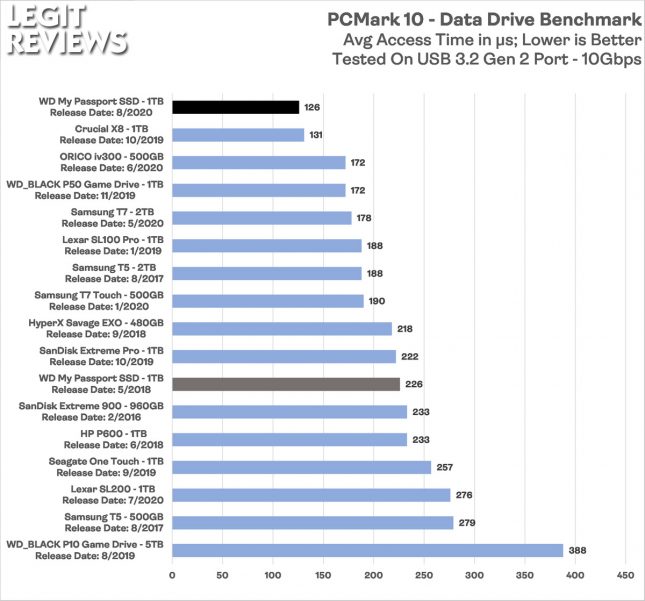