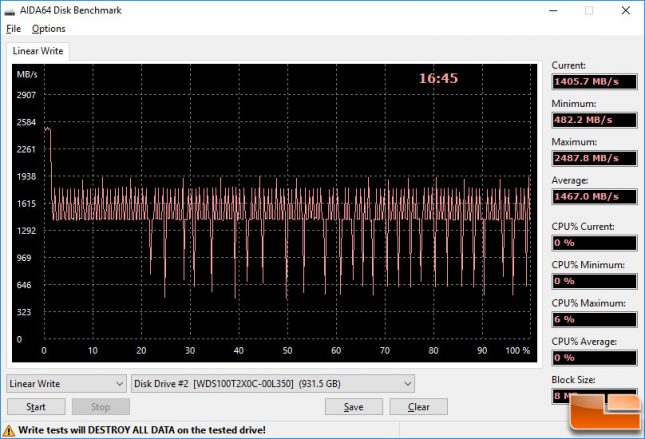 We left the block size on auto and it selected 8MB for this test. Performance started out at around 2500 MB/s and remained around that level of performance until the drives SLC cache buffer was full. At this point the performance dropped down to around 1400 to 1700 MB/s for a bit. At around 22% fill we noticed a performance drop down to under 700 MB/s for a short period of time and that trend continued until the drive was full. The average speed to fill up this 1TB drive was 1467 MB/s and the task was completed in 16 minutes and 45 seconds. Impressive! 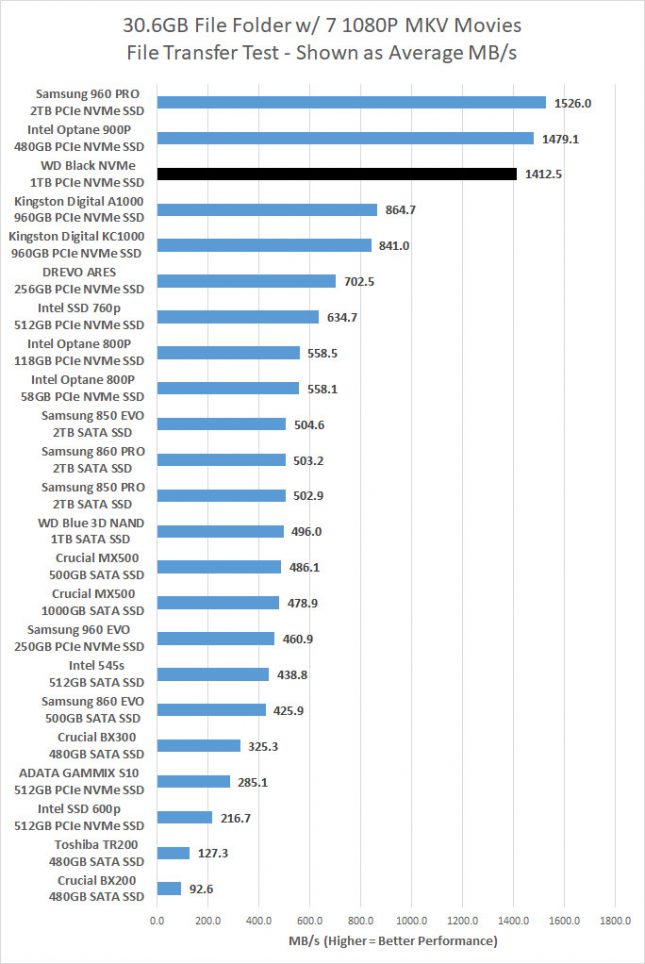 The WD Black NVMe 1TB drive had no issues transferring the movie directory from one drive to another. It averaged nearly 1413 MB/s for this task, which is the third fastest of all the drives that we have recently tested. The only drives to perform this task faster are the Intel Optane 900P and Samsung SSD 960 PRO, so the WD Black NVMe drive is up there with the fastest NVMe drives in the World!