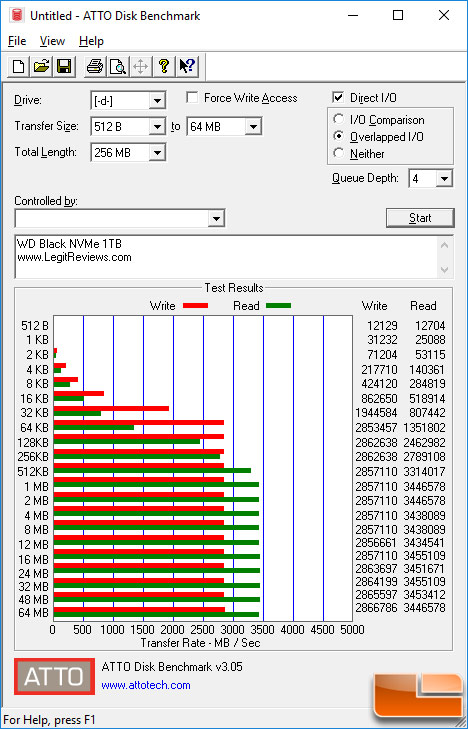 Benchmark Results: ATTO showed the WD Black NVMe PCIe NVMe drive reaching speeds of up to 3455 MB/s read and 2866 MB/s write in the standard overlapped I/O benchmark. Kingston has this drive rated at up to 3400 MB/s max sequential read and 2800 MB/s max sequential write, so our Intel Z370 based test platform was able to reach the drives rated speeds and exceed them by a bit. 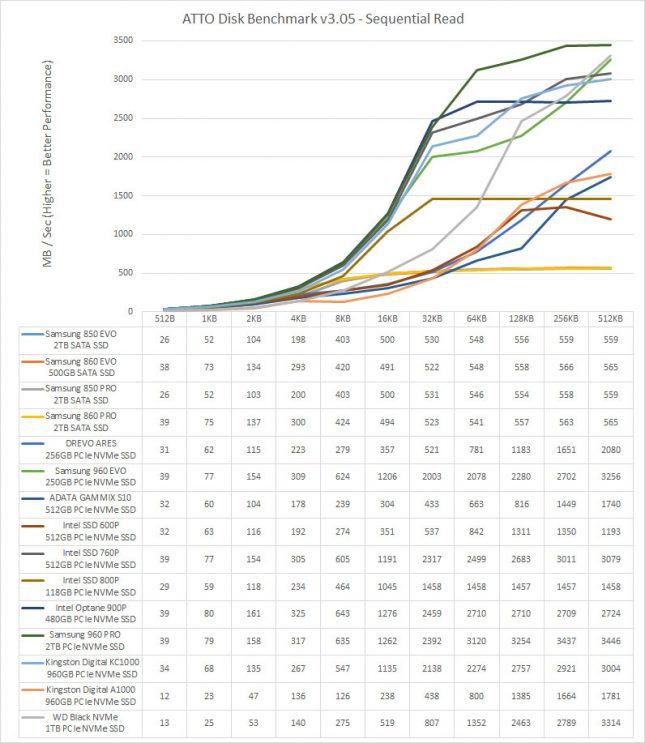 Benchmark Results: The performance on the WD Black NVMe 2TB drive at lower block sizes wasn’t anything to write home about, but once we got up to around the 128KB block size the performance took off and continued to increase beyond where our chart cuts off. 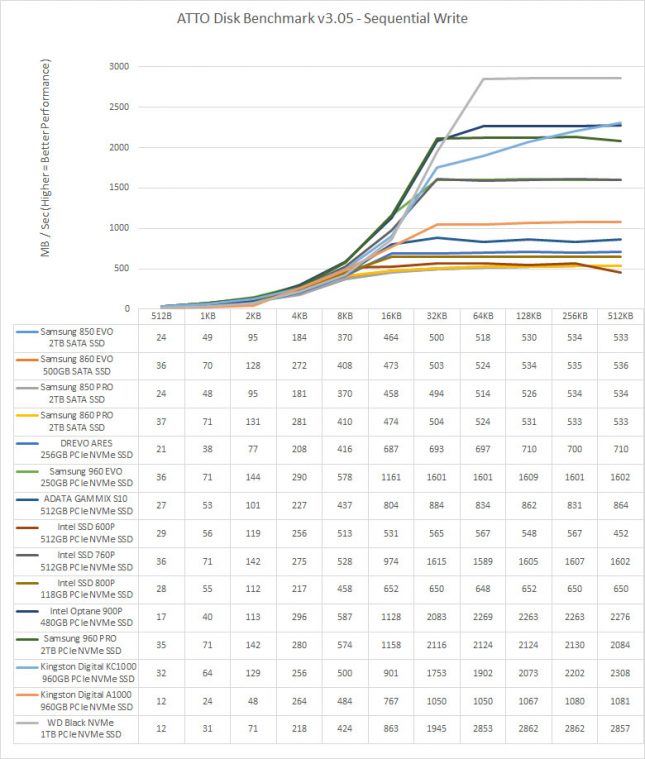 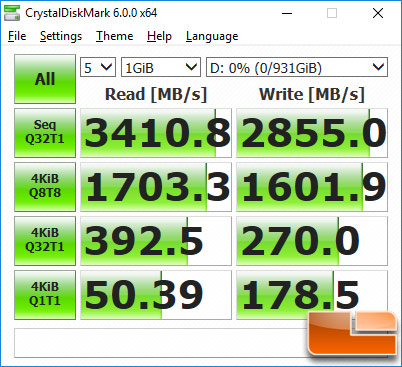 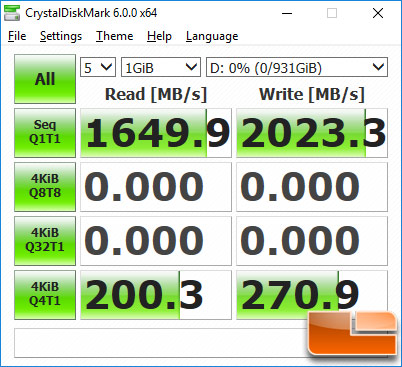