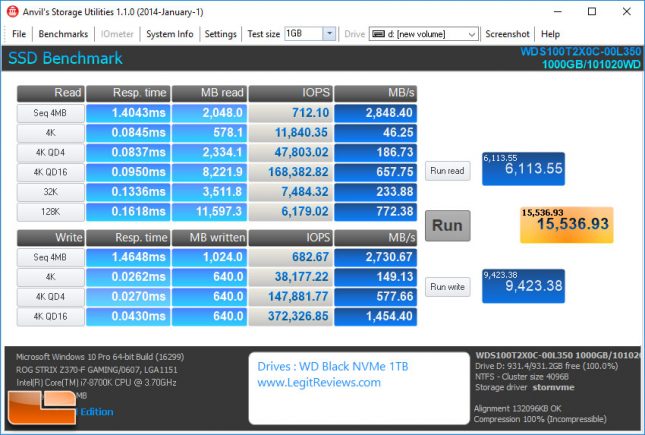 Benchmark Results: Wow, the WD Black NVMe drive shredded this benchmark and turned in a score of over 15,500 on the default SSD test in Anvil Storage Utilities with 100% compression (incompressible data). The drive topped out at 2,848 MB/s read and 2,730 MB/s write speeds on the sequential performance test with 4MB file sizes. Random 4K QD1 performance was solid with 46 MB/s read (~12,000 IOPs) and 149 MB/s write (38,000 IOPS). These are some of the highest PCIe NVMe numbers that we have ever seen, so WD has a screamer here. 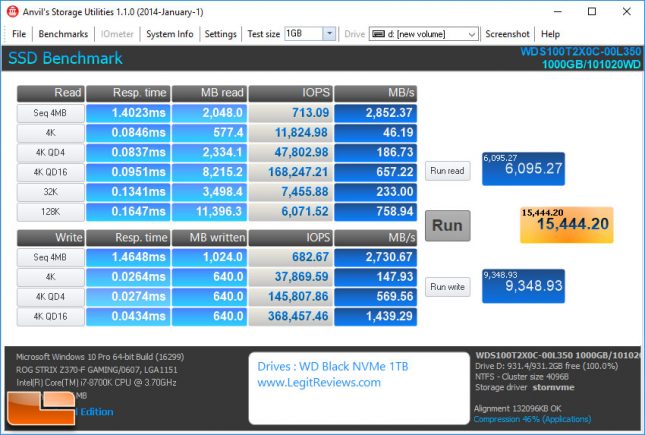 Benchmark Results: With the compression at 46% to help mimic real world applications better we found the overall score dropped down just slightly to 15,444 points. 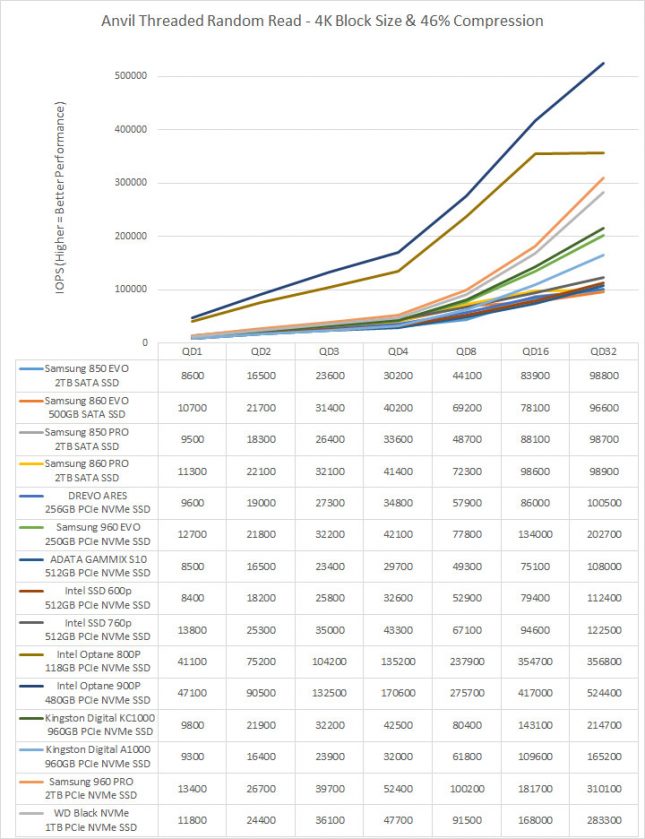 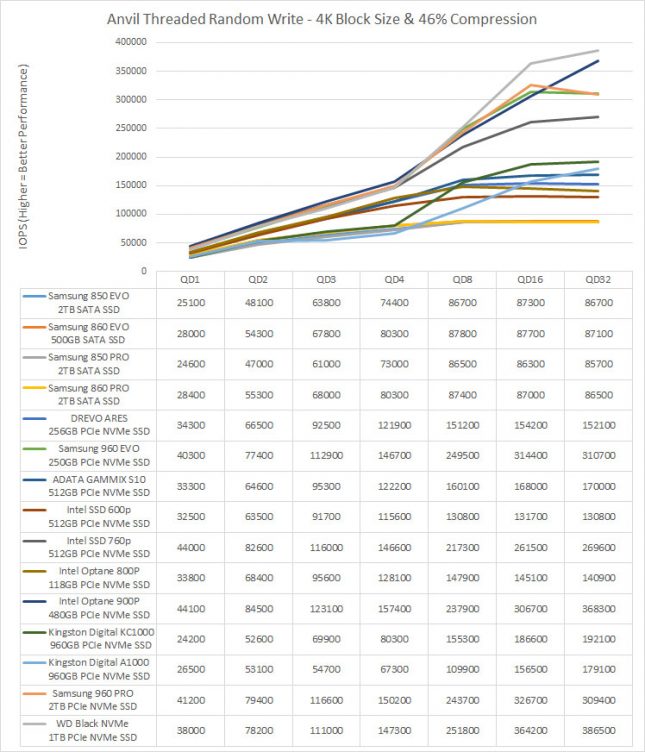 Benchmark Results: When it comes to Random 4K write performance the low queue depth performance on the WD Black NVMe 1TB drive was on par with Samsung SSD 960 PRO 2TB at queue depth 1-4, but at QD8 it was faster than all the other PCIe NVMe drives that we have tested. We put more weight on low QD results since more consumer workloads are taking place there, but really solid results from WD.