For the WD Black drives, note that both drives are displayed on the same screen labeled D: and T:. The readout on CrystalDiskInfo is two-fold though a bit misleading as it shows that both NCQ and S.M.A.R.T. are enabled as expected but also TRIM shows for both which certainly does not apply to the HDD yet the command does pass through the same SATA III (6Gbps) interface that the HDD is using. This is a great free tool to see lots of detailed information about the drive such as the firmware version for which we are running the latest available at the time of testing – 01.01A01. 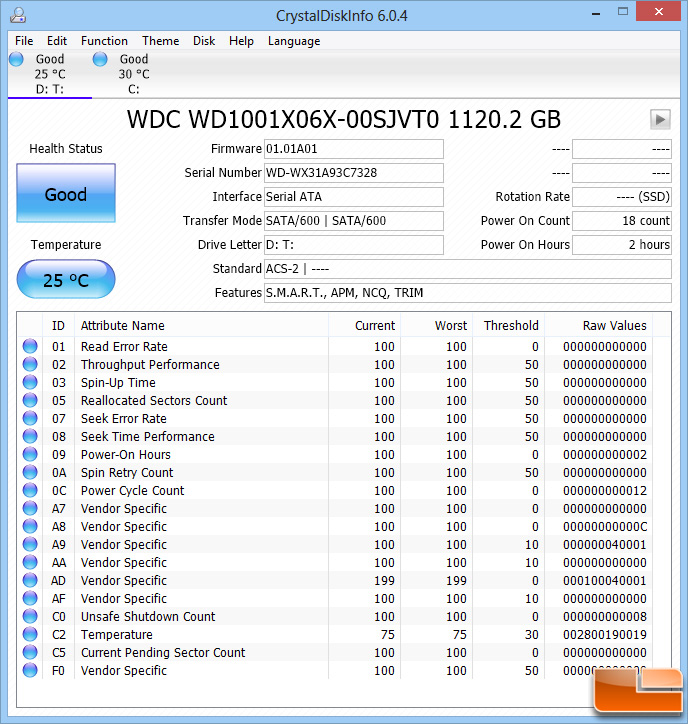