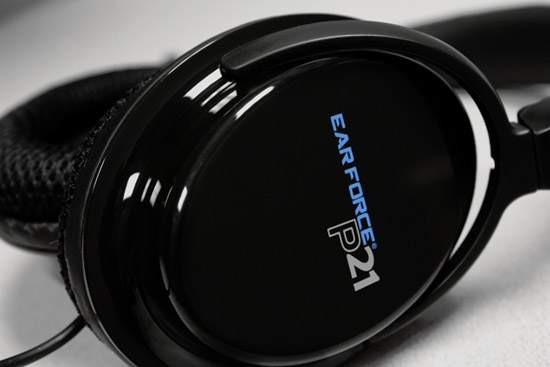 The Ear Force P21 headset comes in one of those all-plastic blister packs that are always a pleasure to open. Once out of the packaging, the headset appears solid and well constructed as well as light and comfortable. The headset has an impressive and very useful 16 ft cable that terminates in a USB plug and two RCA pass-through connectors. Also included is a 2 ft USB extender that allows you to plug into the USB connector at the front of the PS3 and run it behind to meet up with the headset cable. The headphone cups are generously sized and fit comfortably over my ears. The boom microphone is very easy to position and seem quite durable.

Hooking up the P21 can be a bit confusing due to the fact that it needs to be connected to both the PS3 USB and analog stereo outputs. If youre already driving your TV/receiver with HDMI from the PS3 and follow the Turtle Beach instructions, you need to also plug in the RCA outputs to the PS3. My setup is very simple in that I do not have a receiver in the loop and the PS3 is connected directly to my television. Given that, I was able to hook my headset up to the stereo audio out on my TV. If you have a receiver, you can likely plug into that instead but it may require additional cables.

The headset has a small control module with a convenient belt clip. This module allows you to control the game and in-game chat volumes independently, bass boost, microphone mute, and stereo expander. Before you can play, you need to set up the audio device in the PS3 and adjust microphone sensitivity. This was straightforward and easy to do, and I found a setting in which I could speak softly and the mic would pick it up while ignoring breathing. This is essential for late night team-based gaming that doesnt wake-up the rest of the house.

Once setup, it was time to get down to business and play some Killzone2. My first impression after putting the headphones on was of a slightly audible hiss that persisted even with both the game and chat sound volumes turned to minimum. I did a bit of troubleshooting, and the hiss is inherent in the P21 amplifier; disconnecting the stereo audio feeds and introducing a ground-loop isolator did nothing to eliminate it. 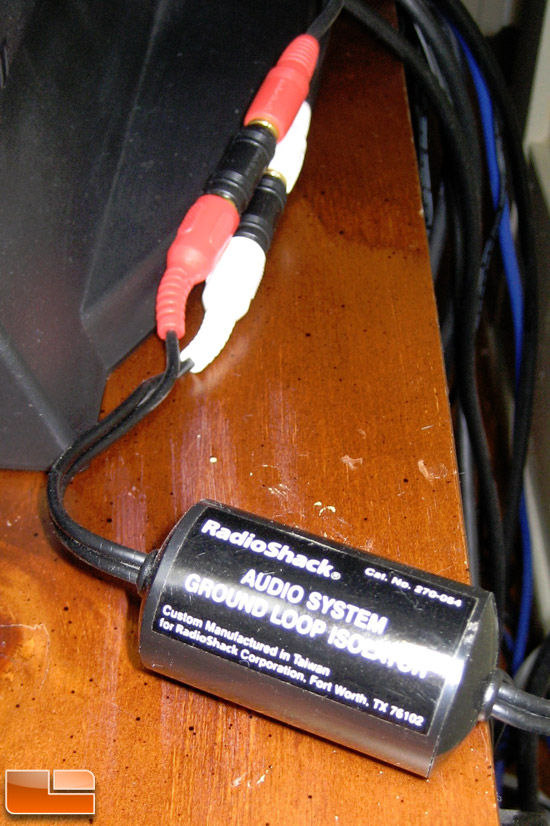 It may be possible to improve performance with a specially filtered USB cable, but I didnt have one lying around to test with. This becomes moot, however, as once the game is loaded and the sound kicks in, the hiss is not discernable and is quickly forgotten. The game sounded great and the control module was very convenient. Having separate volume controls for game and chat is especially useful when you want to mute annoying people or boost your helpful teammate. The P21 also completely solves the echo problem. When youre wearing the P21, your microphone picks up only your voice, never the game sound. Now, if only all the other players would use quality headsets too.

The PS3 supports messaging, chat, and audio/video chat with other friends logged on to the PlayStation Network. Since gaming doesnt exactly promote conversation, I decided to use the P21 to chat with a friend and get their impressions. The result was an easy chat experience that allowed us to have a voice conversation via PSN. My buddy said that sound from the P21 was crystal clear. The microphone will pick up background noise, though, so using it in is quiet environment works best.

I also tested out the headset on my MacBook Pro. As expected, the stereo jacks plugged into the headphone output on my laptop (with a 1/8 stereo to RCA pigtail) and the USB device showed up as a Turtle Beach USB headset. I was able to listen to music and other audio with the P21, but unlike during gaming, the constant hiss was noticeable and detracted from their usefulness as a general-purpose headset. When I turned on the USB microphone, the headset started emitting a high-pitched whine. The whine occurred whenever the USB mic was activated but stopped when the stereo input was cut off. My best guess is that this is an effect of noise on the USB being picked up by the stereo output and may vary with different computer and sound card setups. Clearly, this issue didnt happen when hooked up to the PlayStation. The whine was only audible in the headset and didnt show up in audio recorded using the P21 the mic.